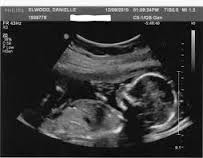 On the 43rd anniversary of Roe V. Wade,  January 22, 2016, the Supreme Court will decide whether or not they will review the case on North Dakota’s Heartbeat law.


Attorney Ron Fischer has been representing the State of North Dakota in a lawsuit challenging a law passed by the 2013 legislature, which prohibits an abortion after the heartbeat of the unborn child is detected.  That usually occurs about 6 weeks after conception. The abortionists in Fargo brought a federal court lawsuit challenging that law. Both the North Dakota federal district court and the Eighth Circuit Court of Appeals have said that the North Dakota law is unconstitutional based upon current US Supreme Court jurisprudence.

Here is a message from Fischer, asking for prayers.
About two months ago I filed a petition on behalf of the State asking the United States Supreme Court to review the case, reverse the lower court rulings, and uphold the North Dakota law. We recently received word that all of the justices of the Supreme Court will be meeting in a private conference on Friday January 22, 2016 to consider North Dakota's petition. That happens to be the exact date, 43 years ago, that the Supreme Court instituted legal abortion by deciding Roe v. Wade. So we should know shortly thereafter whether the Court will agree to hear the case, and reach a decision by the end of June.
Many people throughout the United States are praying that the Supreme Court will agree to review the North Dakota case, and overturn Roe v. Wade. I ask that you join that prayer team. If you want an idea, I suggest starting a nine-day novena to St. Jude, the patron saint of lost causes, asking for his prayers and intercession. If you start that novena tomorrow, it will end on Friday January 22nd. Here is a link to that novena: https://www.ewtn.com/Devotionals/novena/jude.htm

God bless, and thank you for your prayers!
Ron Fischer