Footing the Bill for Moral Confusion 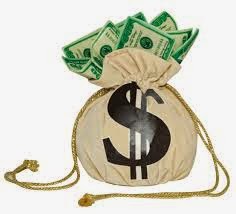 Moral oblivion comes with a price tag.  There are many costs, such as 1.5 million a day for Planned Parenthood and all the children from single-parent homes needing services,  but I want to turn my attention to a recent addition to the taxpayer ledger.  Until May 30 of this year, Medicare denied requests for sex reassignments surgeries, but the procedure is now considered medically necessary for people who feel nature assigned them the wrong parts.  I’m not making light of this painful situation but I am saying:  Oh come on!

Changing the World – One Child at a Time by Diane Sonntag

“Look at this,” Jean Gaunt said, showing the Sunday newspaper to her husband, Tom.  Their hometown paper, the Indianapolis Star, featured a story about nine siblings who were available for adoption.  It was Mother’s Day 1999, and the irony of the date did not escape Jean.

“I had not thought about adopting for quite a while, until I saw the article,” says Jean.  “One of the little girls, Samantha, was seven at the time and she looked quite a bit like I did at that age.  It really tugged on my heartstrings, especially since it was Mother’s Day.”  Jean says that she rarely reads the newspaper and she just happened to read it on that day.  If she hadn’t seen the article, she never would have known about the kids.
Read more »
Posted by Patti Maguire Armstrong No comments:

Courage Under Fire, a 911 Hero by Thomas Edward Burnett Sr.

This 9/11 story is of the hero—a Catholic and daily communicant-- who tried to take back the plane from terrorist before it crashed in PA.  It is shared through the eyes of his loving father and was originally published exclusively in  "Amazing Grace for Families." 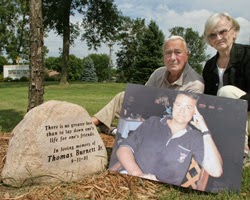 Looking down over the Omaha beaches of Normandy, France, my son, Thomas Jr. pointed to the stretch of land which is now a cemetery holding more than 9,000 WWII American soldiers.  “That’s where some of the fiercest fighting took place,” he explained.
My son had planned this trip of a lifetime with me. As a history buff, he was enamored with the heroism of the men who stormed the beaches at Normandy over sixty years ago on what become known as D-Day.  The operation remains the largest invasion from sea to land in history; involving close to three million troops crossing the English Channel to take back France from German occupation. It was a bold and bloody mission in which rapid enemy fire failed to halt these heroic men from marching forward into almost certain death--all in the name of freedom.
Read more »
Posted by Patti Maguire Armstrong No comments:

I have a message for the LBGT community: I love you.  You are a child of God. But because I love you, I want you to avoid making your life miserable.  Therefore, if you are looking for a teaching job, don’t apply at a Catholic school.
Catholic Schools have morality clauses not in sync with a LBGT lifestyle.  But you already knew that.  Barb Webb of Bloomfield Hills, MI knew that too when she applied to work at the all-girls Marian High School.  She was a chemistry teacher and coach.  She was also a lesbian in a same-sex marriage. When Barb recently told the school about her “nontraditional pregnancy,” they fired her.

The devil’s minions are cunning and well funded in the quest to achieve a total unrestricted right to abortion throughout this country.  A page from their playbook reveals that they are meeting with success.
Read more »
Posted by Patti Maguire Armstrong No comments: