The devil’s minions are cunning and well funded in the quest to achieve a total unrestricted right to abortion throughout this country.  A page from their playbook reveals that they are meeting with success.


Everyone with a passion for life should know about two ballot measures that seek to rip that page out; one in North Dakota and the other in Tennessee.  First, allow me to connect some dots.  Soon after Roe v Wade, the Supreme Court began to uphold state’s rights to pass regulations on abortion.  Realizing this, Planned Parenthood and their cronies turned their energies to state courts and began overturning abortion laws using the “right to privacy” which is in some state constitutions.  When they’ve been successful, they’ve been able to annihilate the state’s right to regulate abortions at all to the point of repealing even the most reasonable protections.

Liberty = Abortion?
Now that abortion activists have been successful at this in a dozen states, rather than stop there and call it a day, they are now gathering all their “right to privacy” arguments and morphing them into “right to liberty” arguments because hey, the words are pretty synonymous. Both are all about being free; one free from being disturbed and the other free from restrictions.  The first state on their chopping block was North Dakota where a case is currently being appealed to the state Supreme Court to decide if the right to liberty gives complete unrestricted access to abortion. Abortion activists are holding their breath.  Every state in the union has a right to liberty clause in their constitution.  It will be easy pickings.

Plugging the Hole
North Dakota and Tennessee are working to pass amendments in November that will plug the hole made by abortion activists in their state constitutions. Amendment 1 in Tennessee would remove the court-created state right to abortion and make their state constitution neutral on the issue thereby returning control to the people and their elected representatives. 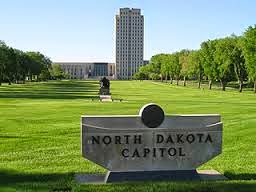 Measure 1 in North Dakota will add these words to the state constitution: “The inalienable right to life of every human being at any stage of development must be recognized and protected.”  Since the constitution does not make laws, it mandates nothing and only provides support for any laws that elected officials pass.  In this way, abortion regulation is guided purely by the democratic process.  Otherwise, as we’ve seen, there is nothing to stop abortion groups from using the state constitution to create a complete unrestricted right to abortion.  And contrary to what opponents keep insisting, Measure 1 it is NOT a personhood amendment because it does not mandate that the unborn have equal rights with all citizens from the time of conception.

Scaring Easier than Educating
Focus groups in both states have shown that part of the challenge in passing these measures is that some people who identify themselves as prolife are confused.  Confusion ranges from: Our state has a constitution?  to trying to sort through the web of lies.  For instance, when an assistant law school professor said in a letter to the editor that Measure 1 will take away end-of-life rights, some people assumed he knew what he is talking about.  He was totally wrong, not even licensed to practice law in ND, and has never been involved in end-of-life issues. Yet, he has a long resume fighting for abortion, even partial birth and late term abortions. In Tennessee, campaign ads have used a picture of an angry terrorist stepping on a woman lying on the ground.  The ad says, “Vote No on the Tennessee Taliban Amendment" but gives no substantial information.  Scaring people is enough.
The deceit is without bounds as is the money that pours in to keep it going.  No fight against abortion is too small for Planned Parenthood to jump into and these are no small fights; they are MONUMENTAL.  If the amendments pass in North Dakota and Tennessee, it paves the way for the rest of the country.  If they fail, it clears the path to use the liberty clause to keep the momentum going to attain complete, unrestricted abortion across the country.
The key to passing these measures is prayer to open hearts and souls, and education to open minds. We know that in the end, God wins, but on earth, money and manpower fuel campaigns.  If you are passionate about life, please donate to these campaigns. If you know people in these two states, talk with them or share this article. And whoever you are, please pray that these two measures pass.

Check out Big Hearted: Inspiring Stories From Everyday Families. Your children will laugh while learning big spiritual lessons with Dear God, I Don't Get It! and Dear God, You Can't Be Serious.