Is ISIS a Spiritual Consequence of Abortion?

Killing began long before terrorism and abortion, so it’s easy to separate the two as having nothing to do with one another.  But in conversation,  if you link abortion to the rise in terrorism, most pro-life Christians will nod and say: Of course.
Associating terrorism with abortion is not something done in polite company, or at least not in politically correct company.  It invites a religious wacko label. I will risk the disparaging label to say that I believe that the legalization of abortion around the world has created fertile ground in which ISIS and all terrorism has thrived.
Read more »
Posted by Patti Maguire Armstrong No comments:

An Apology to The Blessed Mother

Dear Blessed Mother,
I owe you a long overdue apology. Recently, in adoration, while contemplating the suffering and death of Jesus, I glanced upon an image of you. I thought of you watching the torture and death of your Son. I realized that it was thoughtless of me to never have told you that I am sorry for my part in his passion and crucifixion.  My sins, added to the sins of the world caused his suffering. That means that my sins also caused your suffering. 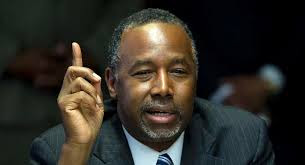 Dr. Ben Carson seems like a nice guy.  A lot of other people think so too because he is high in the polls in the Republican presidential race.  As a result, Carson’s Seventh-day Adventist (SDA) faith is a curiosity now.  Will it work for him or against him?  As Catholics learn more about it, it’s making many nervous.
Read more »
Posted by Patti Maguire Armstrong No comments: