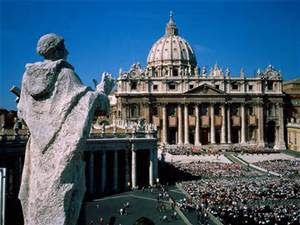 No one hates the Catholic Church more than the devil.  But the gates of hell shall not prevail against it. Our Church will not be put asunder.  Not even by Hillary.

Receive These 7 Graces Promised by Our Lady 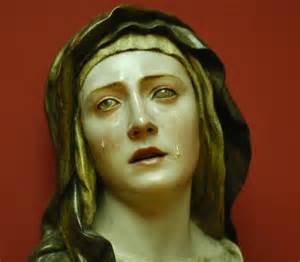 Everyone suffers and everyone needs graces.  The devotion to our Lady of Sorrows unites our suffering with that of the Blessed Mother’s.  Imagine what it was like for her to watch her beloved son beaten and bloodied, carrying the cross he was then crucified on.  We can’t even imagine.
Read more »
Posted by Patti Maguire Armstrong No comments:

Men, Abortion, and the Sexual Revolution 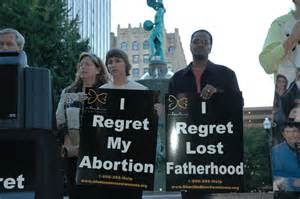 Women are harmed in ways they didn’t expect after abortions.  Motherhood runs deep and abortion doesn't end it but only changes it. For those coming to grips with the truth, programs like Silent No More Awareness Campaign and Rachel's Vineyard administer to their hurting souls.
But what about men?  They had no real choice in the matter; only the possibility of making a suggestion if they were the type to stick around.
Read more »
Posted by Patti Maguire Armstrong No comments: 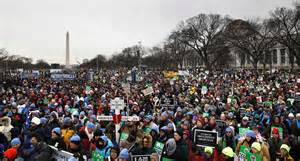 The secular media’s enthusiasm for Poland’s pro-abortion protest on October 2,  after years of ignoring the much bigger March for Life in Washington, DC, is ironic.  Every year at the March for Life in D.C.  secular reporting is hard to find despite all the markings of a big news story—a big demonstration drawing hundreds of thousands from across the country to the nation’s capitol.  Last year, an epic blizzard arriving during the march made it an especially great story.  Yet, outside Catholic and conservative news sources, most (with a few exceptions) ignored it.