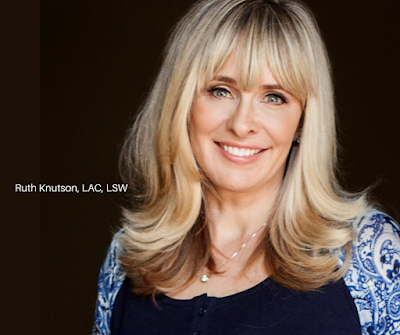 Ruth Knutson is the wife to Dr. Ron Knutson, an anesthesiologist in Bismarck, ND.  Together they have five children.  No one would suspect such a poised and joyful person to have had a childhood full of extreme abuse and neglect.  But Ruth points out, “It’s what we do with the rest of it that is our story.”


Growing up in Williston, Ruth’s bad-tempered, alcoholic mother was not married to the father she never knew. There were four half-siblings; an older brother and younger sister and two younger brothers. “My house was a disaster,” she said. “If I put stuff in the laundry, I never saw it again.”
One of Ruth’s earliest memories was at five-years-old, pleading with her mother not to leave her with the abusive stepfather.  Her mother wouldn’t protect her.  Two of their houses burned down; one from electrical problems and the other because her three and four-year-old little brothers were home alone playing with matches.

The Light of Christ
Amid the chaos, there was her grandmother.  Her grandmother had eleven  kids and her grandfather had died of cirrhosis of the liver from alcoholism in his late forties.  “My grandmother always made me feel safe,” Ruth explained.  Her relationship with Jesus began at Mass with her grandmother.  “I thought: Jesus suffered and made it through, so I can make it through too.” Years later, when Ruth married Ron, she joined him in the Lutheran church.
As a third grader Ruth recalled telling God that she had enough. “I told him I didn’t want this life and that I wanted to die and be done,” she said.  “I felt God tell me clearly: This is not your life.”  It gave Ruth awareness that she had a future to live for and that her terrible home life had nothing to do with her.

A Way Out
Years of looking out for her siblings and trying to keep the home in order were overwhelming. By sixth grade, Ruth walked to her social worker’s office and asked to leave.  She and her sister, who was eighteen months younger, were placed with different relatives for what became the first of Ruth’s four foster homes.
When her sister was sixteen, she ran away to Wyoming and eventually had two children; one she gave up for adoption, the other was raised by the father. Her sister died five years ago at forty-nine of cirrhosis of the liver. Ruth’s three brothers have also struggled with addictions.
She reached out to them to help, but they made other choices. Ruth does not judge, however. Much their life was beyond their control, such as getting drunk for the first time at two-years-old or being drinking buddies with their mom in junior high. Ruth attributes her own happiness and fulfillment with God and family but  said there is a lot of randomness we cannot control.
While in high school, Ruth met her future husband who was two years older.  “He knew my mom was a character and that I was in foster care, but he didn’t run away,” she said. By the time she was a senior in high school and he was a pre-med major in college, they married.
“I can’t emphasize enough the love and support that Ron has had for me and how blessed I feel to be a wife, mother, and grandmother,” she said.  Ruth stayed home to care for her family until the youngest went to school.  Then she earned degrees in addiction counseling and social work and was an addiction counselor for seven years.  “I loved working with patients and realized we are more alike than we are different,” she said. “I really think the 12-steps [to sobriety] is a spiritual journey; one that we can all take by surrendering to God.”

Reunited with Her Mother
Ruth believed. that she had overcome her past but then learned twenty years ago, that her mother had lung cancer. She felt that if she really had forgiven her mother, she needed to go visit. Ruth drove to Minot and brought her mother back to Bismarck. “God’s grace filled me with peace,” Ruth said.  “I felt so sorry for her.  She never experienced how much love children give you and you give them.”
Her mother had been sober for ten years, earned a math degree, and worked as a tutor. “I wanted her to say she was sorry, but I had a light bulb moment and suddenly understood that she never saw me as a child,” Ruth said. “She was never able to be my mother, but I realized I had a small window of time to be her daughter.”
During the six months they had left, Ruth visited frequently often telling her mother: “I love you.” It was something Ruth had only heard once from her mother from behind a door.
Soon, her mother started saying it back. When her mother died in October, 1995, it seemed both mother and daughter were at peace. “That time was a gift,” Ruth said.
There is one more part to the story, however.  “The story would not be complete without forgiving yourself,” Ruth said.  She  had to forgive herself for not being there for her sisters and brothers and for not trying to start a relationship earlier with her mother.
In the end, Ruth said that her past has given her a heart full of gratitude. Even the bad things are part of the blessings of her life today.  For instance, while raising her children, she taught them compassion in a meaningful way. “If you make fun of someone for dirty hair or messy clothes, know that you would have made fun of me when I was a little girl,” she taught them.
I always ask God what I’m supposed to see,” she said. “I’ve come to understand that there is something to learn in every circumstance. My prayer has always been, Dear God, give me eyes to see, a mind that is open and a heart filled with compassion.”
~~~~~~~~~