I Was Already Boycotting Starbucks 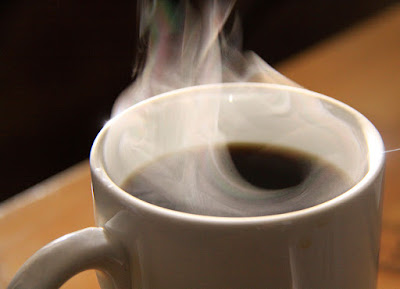 Starbucks has been in hot water lately. Two black men had asked to use the restroom at a Starbucks while they waited for a friend.  The manager told them it was for paying customers only and called police who proceeded to arrest the men for trespassing. Since not all suspected loiterers get arrested at Starbucks, people are stirred up.


Starbucks CEO Kevin Johnson went into damage control mode and announced that more than 8,000 US stores will be closed for the afternoon on May 29 to train employees on racial bias. The employee that called the police is also now gone. Still, people are calling for a boycott.
Pro-lifers were already boycotting Starbucks. We share a hate of racism with the recent boycotters, but our concern goes far beyond unequal treatment for bathroom use. It goes to the very core of human respect—life itself. We old guard boycotters want to see an end to the leading cause of deaths among black people—abortion.
Starbucks is one of 38 companies that support Planned Parenthood, the number one killer of unborn babies. Buying their coffee contributes to the income they use to support abortion. Black babies are three times more likely to be aborted than white ones. Since 1973, it has reduced their population by over 25 percent. According to BlackDignity.org, “Our neighborhoods are their target market. 80 percent of abortion facilities are located in minority neighborhoods. About 13 percent of American women are black, but they receive over 35 percent of the abortions.”

People Still Angry
It’s not easy to calm an angry crowd as Starbuck’s is learning.  Here are a few of the tweets with #BoycottStarbucks:
“Starbucks Coffee, where only your coffee can be black.”
“So, CEO Kevin Johnson of @Starbucks feels shutting stores, inconveniencing customers, & possibly costing stockholders is the best way to amend asking two non-customers to leave. As a former customer who got tired of finding no place to sit, I find this ludicrous.”
A cartoon had a customer saying: “I’d like my coffee black,” and the Starbucks employee responded, “Call the police.”
“I was at McDonalds this morning and they never have anyone arrested for waiting for their friends.”
“Starbucks CEO has a base salary of $21,775,001. The average Starbucks employee earns—wait for it—$30,000 a year.”
“Starbucks CEO Kevin Johnson: ‘Our store manager never intended for these men to be arrested.’ Translation: “We’re not sorry.’”
“Black people don’t go to Starbucks. They aren’t stupid enough to pay $7 for coffee.”

One More Thing
As long as all  this anti-Starbucks dust has been kicked up, here is something more of interest.: The Hidden Evil of the Starbucks Logo.
I know. It sounds paranoid. But it’s noteworthy that the Starbuck’s explanation of the mermaid on their logo is full of holes as Scott Smith’s article points out. Anyone promoting abortion is already in bed with the devil, so it’s no stretch of the imagination to see him creeping into their logo too.
At any rate, if you are a coffee drinker and want to stay away from Starbucks, here’s a list of alternatives.  In the interest of full disclosure, I actually don’t drink coffee, but I buy it as gifts and get together with people at coffee shops. But never at Starbucks.
~~~~~~~~