The Sex Abuse Victims Who Went Along 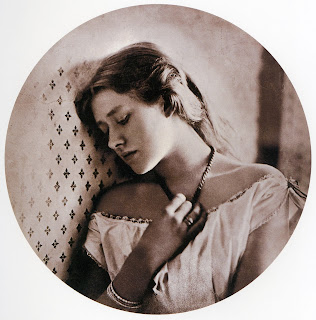 There are some missing persons among victims of the star-studded sex abusers—the ones that went along. I began noticing that with Harvey Weinstein. Women spoke of being pressured and humiliated by perverse demands, but those who came forward had rejected his advances. Where were the women that did not fight him off?

And what of the latest sexual lecher Matt Lauer—the guy with the door lock button installed under his office desk yet producers didn’t have a clue? But give them a break, the video of Lauer telling Meredith Viera: “Keep bending over like that. It’s a nice view,” had not gone viral yet, so how could a news organization have known? We hear complaints from women who were pressured or cornered, but what about the women—all underlings they say—who consented?
While the perpetrators' responses have varied from apologizing and disappearing to Al Franken’s claim that he did nothing wrong, the emerging victims have generally all been women who told them no.

The Ones Who Said Yes
Where are the women who said yes in exchange for a job, or a role, or promotion, or whatever opportunity was promised? I believe that these women are the most wounded victims of them all. The ones who did not find the strength to say no or maybe they believed they actually wanted to say yes and now they suffer in silence.
It’s likely that at least some of those victims were sexually abused in their childhood. Boundaries and self-respect were taken from them early on, making it more likely they would just go along to get along. Since others in authority had already used their bodies when they were children, why not use it for their own personal gain now?  At least that is how it might have seemed.
In a past interview with former sex trade worker,  Windie Lazenko founder of 4her: Anyone's Daughter, Everyone's Community, an advocacy group against human trafficking, she explained that child sexual abuse is common among prostitutes and women in the sex trades. I had also heard the same thing from a former stripper.  As Lazenko explained, when she was young, people used her body. As an adult, she told herself she was in control and she was the one using it herself.  But really, it was just a continuation of the abuse that stems from the message that you do not deserve to be treated with dignity; that your body is available for the pleasure of others.
And who else might be among the silent? Star-struck women who saw it as their ticket to get ahead? Perhaps famous  names who made it big but don't want the world to know about the past degradation on the way to stardom?
A former aspiring actress that I once interviewed, had waited tables while going to auditions trying to make it in Hollywood. She was sometimes chided by other aspiring actors and actresses for being prudish, unwilling to give sexual favors on a casting couch.  Everyone knew about the casting couch. Obviously many complied.
The pressure could be just as bad for young men, she told me, and we know women were not the only victims. Although a few commercials legitimately came her way, she eventually gave up on Hollywood and moved home.
And who were the women inside of Lauer’s locked office?  Did they go along because they were afraid of losing their jobs? Or did they think they could get ahead that way? Whatever the reason, as they read the news about him, surely they feel some level of shame for being one of those women who made Matt who he is today.

Theology of the Body
So much pain. So much shame. There is a better way.
When Saint Pope John Paul II taught on Theology of the Body, he understood that the culture was distorting the true meaning of love and sexuality, trading morality for licentiousness.
He taught that sex is not just about sex but points to our deepest held convictions about who we are, who God is, and the meaning of love and ordering of society. His teachings illuminated God’s plan for human life in a supernatural light.
Human sexuality is a gift, but the abusers indulged their temptations without respect of others, including themselves. Christ teaches in John 16:12, that we are to love as he loves. There was no love. Even victims, who believed they were consenting, were hurt.
Regardless of who the victims are, they were made with value and dignity. We need to get back to that.  Is it possible that people will start to wake up to the fact that by throwing out morality, we have not ended up in a better place?  I’m not expecting a reverse sexual revolution quite yet, but perhaps, as the façade begins to crack, the light of truth will start to shine in.