The Science Behind the Recent Sex Abuse Scandals 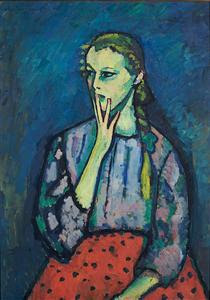 There is a reason behind the recent breakout of reported sex abuse. Deranged thinking has been with us for antiquity, but we have entered a new high on the sexual offender scale.
And in case you haven't notice, fatigue is setting in on this once-sensational headline. The problem isn't going to go away, so as a society, we should seek to understand where it's coming from.
The offender is always 100% wrong; but like any crime, people should stay clear of becoming potential victims. You don’t leave your keys in the car, walk down dark alleys, or leave your valuables unguarded in plain view.

Why tempt fate on any level?  In Hollywood, wearing clothing so that everyone knows what you look like naked and doing nude sex scenes is common place.  It is another way of leaving your valuables unguarded in plain view. I’m not suggesting women walk around hermetically sealed but actions cause reactions.


Regardless, no one gets a pass to force themselves on another. The sexual revolution, contraception, abortion and the ubiquitous pornography, seemed to announce that anything goes, but news flash: some self control is still necessary despite living in a culture that laughs in the face of it. Remember, the liberal media made fun of Mike Pence’s boundaries when he announced that he did not meet women for dinner without his wife or attend events with alcohol served without her.


The left perceived the arrangement as reeking of sexism and impractical.  It may be at times, but just because it can be impractical does not mean it's not worth it.  It also reduces the risk of false accusations or rumors. There are worse things and being cautious and we are seeing that.
Big Reason for Increase


While there are many factors putting many women and some men in harm's way, there is the granddaddy of them all: pornography. Feminism has been at work in the culture for decades, so why do so many men think it’s fine to mistreat women?


Could that be why the biggest sex scandal in all of history is but a footnote in the nightly news?  Larry Nassar just pleaded guilty for seven counts of first-degree criminal sexual conduct and will be sentenced next month. The longtime US women’s gymnastics team physician is accused of sexually abusing more than 140 women and girls under the guise of medical treatment. Why is the biggest sex scandal ever only been briefly mentioned in the news despite  local Lansing reporters staying on top of the story?
It is inconsistent that Jerry Sandusky’s serial molestation of boys or Baylor University’s mishandling of rape allegations involving its football team was major news for weeks. Larry Nassar's actions were on much larger scale, yet it generated a mere fraction of the mainstream media coverage that was devoted to the Sandusky and Baylor stories. Why don't people care? Has pornography contributed to a callousness towards women?
Anyone caring about women's issues should care most about pornography. We are witnessing a core problem regarding the respect of women.
Blessed Mother, model of purity, pray for us!
~~~~~~~~~~~