Liberal Media Hazardous to the Truth 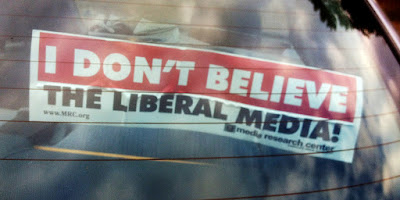 A whole lot of brainwashing is going on unless it’s just a colossal coincidence that suddenly massive numbers of people stopped thinking true marriage is only between one man and one woman. Now the gathering masses demand the head (or at least the job) of anyone sticking with the definition of marriage which has existed throughout all of human history.


Since 2001, support for same-sex marriage rose from 35 percent to 62 percent, according to the Pew Research Center. Sadly, even though the consistent Catholic teaching is that marriage is between one man and one woman, many Catholics jumped ship.  Today, 85% of religious “nones” say same-sex couples should be allowed to marry. Two-thirds of Catholics also now support same-sex marriage; about the same as for mainline Protestants (68%). Black Protestants and white evangelical Protestants are less easily influenced. Their support has only grown from 27% to 35%.
Gender-issue activists have been very open about infiltrating the media to shape opinion. The tragedy is that the media has been complicit. All liberal causes are promoted and Christian viewpoints largely ignored or demonized.
Truth is the Enemy
In the book, Unbound: A Practical Guide to Deliverance, author Neal Lozano says: “The devil convinces you that the wrong people are the enemy.” And so it is in the liberal media.
For instance, some of the big stories that are taboo are: people who regret their sex change; children from same-sex relationships speaking out against it; women’s deaths, health issues, and depression from abortion; the long list of abortion facilities with extreme 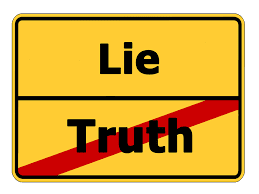 violations; notorious abortionist Kermit Gosnell’s prison sentence; the viral videos created by David Daleiden with the Center for Medical Progress, (CMP) proving aborted babies are sold for profit, fighting the HHS Mandate, and truthful coverage of the March of Life on D.C.

Remember Brittany Maynard who moved to Oregon where euthanasia is legal after she was diagnosed with brain cancer?  The liberal media could not get enough of her. Yet, they completely ignored other people with brain cancer who went public to celebrate life and denounce suicide.

Liberal Media Imploding
My friend, Teresa Tomeo, EWTN radio and TV talk show host regularly addresses this problem on her radio show, Catholic Connection. She recently shared with me that when the Supreme Court ruled in favor of same-sex marriage, a friend at a big city newspaper told her that the publisher took the entire staff out for lunch to celebrate. That paper had essentially acted as a mouthpiece for the pro-same-sex marriage side.
On her December 5, radio show, Tomeo interviewed Kyle Drennen, the senior news analyst for Media Research Center and editor of Newsbusters. The public trust in the news media is at an all-time low, according to him.
“Survey after survey comes out showing that their trustworthiness is dropping,” he said. “People are going to further turn away from the liberal media [after all the sex scandals].”
Drennen pointed out that Matt Lauer was known for liberal reporting and routinely used democratic talking points to go after conservatives. “During the Monica Lewinsky scandal, he had said that we should not be focused on his [President Clinton’s] personal peccadillos, but whenever there was an opportunity to ravage a conservative, he was happy to do it.”
According to Drennen, the media should get back to their job to inform and not tell us how to think. “Journalism is supposed to be a public service and they see themselves as thought leaders, telling everyone how they should think instead of informing people about what is happening,” he said. “I think what we do is we turn to alternative sources for our news information…maybe even to create new ones.”
Tomeo pointed to the case of ABC’s chief investigative correspondent Brian Ross who reported falsely that Michael Flynn would testify that Donald Trump had ordered him to make contact with Russians about foreign policy while Trump was still a candidate. The report raised the specter of Trump's impeachment and sent the stock market plummeting.
“Ross is suspended for a month and thank goodness, can no longer report on the White House,” Tomeo said. “He was attempting to push a certain narrative. The liberal media think it’s their job to tell us how to think.” She said that only way to be informed on the issues is to rely on good reliable Catholic sources. “Otherwise, you are missing the whole story.  As Catholics, we can look through the lens of the Church to see what is beautiful and true.”

Truth Does Exist
“Americans are tired of the mainstream media,” according to Jason Collett, publisher of The Good News, a daily summary delivered to people’s email. He reports on current events seen through a Catholic lens. “People are looking for truth, but they aren’t finding it in the sea of misinformation and fake news.”
Collett was working on Capitol Hill for Senator Pat Roberts when he began ruminating about his generation and the growing divide that is largely driven by the media. His newsletter is especially directed towards millennials, with concise, quick reads as well as Catholic inspiration and teachings.
“It’s never been more important to view the news from a reliable Catholic perspective,” he said. “Contrary to what society tells us, truth does exist. And it can be found in authentic Catholic media. Clear Catholic teaching, applied to current events, can help guide this generation home.
Given today’s issues, Collett said that it is more important than ever to accurately report the news in light of 2000 years of authoritative Catholic teaching. “As Catholics, we can’t turn our values on and off,” he said. “They’re constant. If your news conflicts with your morals, something is wrong.”

~~~~~~~~~~
For more inspiration check out Patti's latest book: Holy Hacks: Everyday Ways to Live Your Faith & Get to Heaven. Other books include:  Big Hearted: Inspiring Stories from Everyday Families and the best-selling Amazing Grace Series.
Follow Patti at Twitter and Pinterest, like her pages at Holy Hacks, Dear God Books,  Big Hearted Families,  Catholic News & Inspiration on Facebook, and her author Facebook page.  To receive articles in your inbox, sign up at the right column. Thanks for stopping by.  God bless you!
Posted by Patti Maguire Armstrong