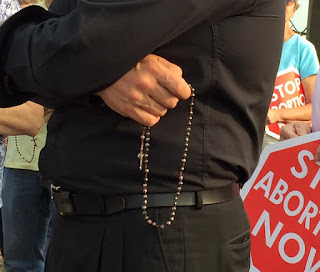 Get over your damned selves #$@&%*!  Even though the woman who said those words to our group is a public school teacher, she paid no heed to the children around her. Our presence angered her that much.  And that is the way it is when pro-lifers pray and sing anywhere near a pro-abortion gathering.


In Bismarck, ND, there is no Planned Parenthood office and the only abortion clinic in the state—one too many—is in Fargo.  A lot of us want to keep it that way.  So when a Planned Parenthood riverboat cruise on the Missouri River was announced, pro-lifers organized a prayer rally nearby.

The cruise was to raise money for PP yet, college students were free. Future investments, I suppose.  A stone’s throw from their line to get on the boat, around 200 people prayed for unborn babies and for those harmed by abortion. And we prayed for crabby people who hate us—those radical pro-abortion activists who bristle and spit nails whenever they get near a prolife gathering.  Have you noticed? 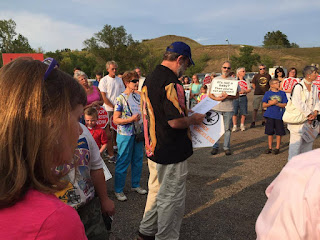 During this particular gathering, the two groups did not interact beyond the woman who called us  #$@&%*!  and told us to get over our damned selves.  Sigh.  It’s not about us.  Our group prayed and sang for an hour. 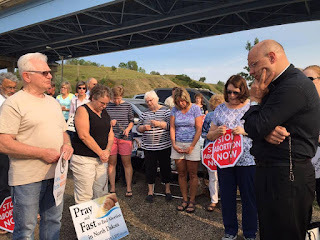 Afterwards, inspired by the angry teacher, I contemplated the fact that pro-abortion advocates are very angry people. They are prone to saying ugly things to those who defend life.  If you’ve prayed in front of an abortion clinic, you know what I mean.  On social media, things can really get ugly where it’s not unusual to see people being told it’s a shame their mother didn’t abort them. 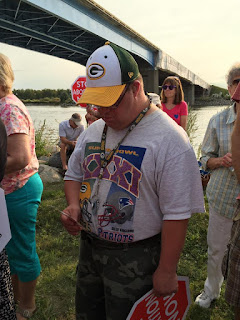 In the pro-life world, manners are key.  We disavow ourselves of anyone who does not uphold love and peace. The culture of death is not so genteel.  But of course, choosing death for a baby, condoning their dismemberment for profit, and claiming it’s all about women’s rights is a wound that shows. Pro-lifers may be their target, but it is themselves whom they are really angry at.  When reality hits and a woman or man associated with abortion seeks healing, it is the pro-lifers that open their arms and hearts to them. 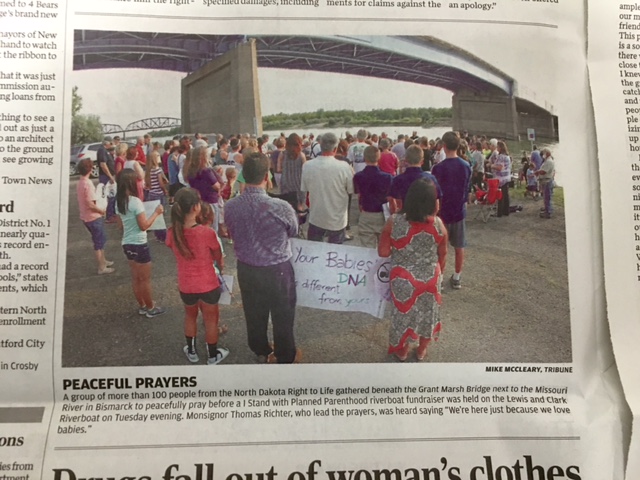 We don’t get angry. We get sad.  Yet, as we gather, lifting our prayers to God, there is also a joy that comes from joining in faith, hope, and love. It is a sharing in divine love that surpasses all evil. The other side often paints us as crazy.  Perhaps they are right.  Because it is crazy to pray for those who lash out at us.  But it is the kind of craziness Jesus taught us—to give mercy in return for his mercy on us.
We know that when the grace from our prayers melt their hearts and open their eyes, their testimony will help lead others to the truth. So we pray for that angry teacher and all the other angry souls.  May they find truth and healing.

~~~~~~~~
For more inspiration, check out Big Hearted: Inspiring Stories From Everyday Families.   Follow Patti at Twitter and like her Facebook pages at Dear God Books,  Big Hearted Families and  Catholic News & Inspiration on Facebook.  Sign up at the right column to receive articles in your inbox.  God bless you!
Posted by Patti Maguire Armstrong