"Billy: The Story of a Family Reunited" by Jay Copp

This is a favorite story from Amazing Grace for the Catholic Heart. 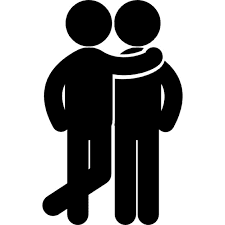 Billy Lutter tumbled to the wooden floor of his home. His parents picked him up and tried again to help him walk. It was no use. Doctors had been telling the Lutters to institutionalize five-year old Billy for some time. This was 1939 and institutionalization was commonly advised for children with physical and mental disabilities.


Billy’s parents, a steelworker and a homemaker, struggled with the decision to send Billy away. "This was back in the Depression. Things were tough all around,"says Fred Lutter, Billy's older brother by two years. "I was a very tearful situation." Their hearts breaking, the Lutters drove Billy from their home outside of Chicago to a state facility 200 miles away. They visited regularly for a year. But administrators, worried that such meetings upset the residents, advised them to stop coming.
"My brother realized who his parents were. To be left like that was very traumatic," says Fred. “I felt very sad to see my parents in such turmoil."
The years rolled by. Billy's siblings got married and had their own children.  Everybody thought about Billy, but his name was not spoken. Billy's parents grew old and, as they aged, grew infirm. They had done what they thought was best for Billy, but his absence had left a gaping, raw wound for the family.
The Lutters' sad story inadvertently took a happier turn thirty-five years later. It began when Julie Hess signed up her six-year old daughter Jenny, who had Down Syndrome, for a religious-education program for the disabled.  Sadly, Jenny never had a chance to take a class. She died shortly afterward.
Mrs. Hess nevertheless went on to volunteer with the program   that she'd hoped her daughter might enjoy. By 1987, she had become a full-time employee of the Archdiocese of Chicago’s Special Religious Education Division.
One of Hess’s favorite students was an easygoing older man with a white mustache and gray hair. His records labeled him mildly retarded. He suffered from cerebral palsy and needed a walker to get around. His hearing was bad, but he knew a bit of sign language.
Despite his circumstances, Bill had a special spark. Though he could only say a handful of words, he was a good communicator. And he radiated cheerfulness. Bill was especially religious.  He wore a cross around his neck and enjoyed being in church.  He took part enthusiastically in the sacraments.
"He's very prayerful.  He has a deep sense of the sacred," says Hess. "God is a present in his life, bringing him peace and a reason to hope."
Bill grew very animated when Julie Hess talked about family.  Hess determined to find at least one family member but the group home told her that Bill had no family. Julie Hess was determined. As the years passed, she took up Billy's cause with renewed passion. By now it was 1993. Finally, an administrator gave Hess a name and phone number. The suburban number was for Kathy Dever, Bill's sister.
Only Fred was old enough to have memories of Billy.  His sisters, Kathy and Bonnie knew next to nothing.  "My brother said he was a vegetable," says Kathy, "and that it was best that we didn't see him." You have to understand the times," says Kathy.  "People ask us, 'How could your parents give him up?' There was no schooling like there is today.  No way would they do the same thing today.  But things are different today."
As time went by Fred, thought more and more about Billy.  What was he like?  Was it possible to bring him back to the family? It was the fear of the unknown, not knowing what to expect that Fred said kept him from initiating contact.
It was decided that Fred would meet with Billy first. On the day of the meetings, Fred brought a photo of their mother. Bill studied the photo. Hess realized the challenge, "Bill understands family, but how do we get him to understand this is his mother?"
Hess put the photo on Bill’s chest and pointed at him. "His face suddenly changed and lit up like a light bulb," says Hess.  He nodded and got excited."
The next challenge was to help Bill understand that Fred was his brother.  Hess put the photo by Bill and signed "mother" and placed the photo by Fred and signed "mother".  An amazed look rushed over his face.
"Bud!" said Bill.
Fred nearly fell off the chair. "That's what he called me when he was little," Fred said. That night, Fred called his sister Kathy.  “I just met my brother," Fred sobbed.
Bill's sisters visited two weeks later and then it was time for Bill to meet his mother. It happened on Mother's Day in the church basement where they embraced for the first time in 50 years.
Until she died three years later, mother and son were inseparable, at least emotionally.  "They saw each other, held hands and never let go, at least figuratively," says Hess.  "She was so happy when they were together."
"Bill filled a big hole in her life,” says Fred. “She felt so relieved to have her family back again."
Bill now spends his weekends and holidays with his family.  He has bonded with his great-nephews and great-nieces.
"He loves kids," says Kathy.
Not long ago, Bill visited Fred in Florida, where the elder brother has retired.  Being near the clouds on the plane ride stirred his religious feelings.  "He pointed at the clouds and made the sign of the cross," Kathy says. "He thought we were up by Jesus."
The Lutter family has since moved Bill into a more pleasant group home in a suburb closer to his sisters. "This has changed his life entirely," says Hess.
"He held on to the memories of his family for his whole life, and now they've become real."
~~~~~~~~~
For more inspiration, check out Big Hearted: Inspiring Stories From Everyday Families.   Follow Patti at Twitter and like her Facebook pages at Dear God Books,  Big Hearted Families and  Catholic News & Inspiration on Facebook.  Sign up at the right column to receive articles in your inbox.  God bless you!