Which is Worst Kind of Catholic? 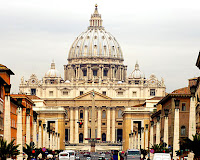 
An ex-Catholic has left a church he probably didn’t understand.  Otherwise, he would not have walked away from all the gifts Christ left for us--his Body and Blood being foremost.   A cultural Catholic identifies himself as Catholic without faithfully adhering to the faith. He has not officially left the Catholic Church, but whether through ignorance or rebellion, it’s not his inner compass.
The Catholic Brand
In spite of those who have left the Church, one in four Americans call themselves Catholic. However, many merely like the brand name but it’s more of a knock-off variety they practice.
In a survey of 1,442 U.S. Catholic released Oct 24 this past year, of those identified as Catholics, an overwhelming majority, 88%, say, "how a person lives is more important than whether he or she is Catholic."  Forty percent say you can be a good Catholic without believing that the bread and wine become the body and blood of Christ during Mass. Yet, that is at the core of our faith.  The survey, Catholics in America: Persistence and change in the Catholic landscape, is part of ongoing research by sociologists led by Catholic University sociologist William D'Antonio. It is the fifth survey since 1987.

These results likely explain the decline in Mass attendance. Since 1987, it has fallen from 44% attending at least once a week down to 31% in 2011.  Those attending less than monthly went from 26% to 47%. The number one excuse for not going? Forty percent of those not going say they are simply not very religious.

Here are the things respondents did believe are important.
73% Jesus resurrection
67% helping the poor
64% Mary as the Mother of God
63% The sacraments
45% Daily prayer
40% Against abortion
36% Devotions such as rosary
35% Against same-sex marriage

Having taught CCD classes for nine years, those numbers don’t surprise me. Disappoint, yes; surprise, no. Whether it’s a case of an ex-Catholic or cultural Catholic, this issue revolves around understanding Catholic teaching. Knowing the faith leads to loving it and practicing it.

In the end--and the beginning--it takes prayer. We need to pray for the body of Christ to grow stronger and bigger. Wouldn’t it be wonderful to see this trend reverse?  Our Lord told us, “Ask and you shall receive.”  Join me in asking.