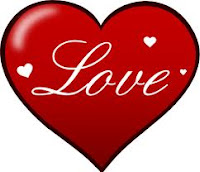 “Mommy, where’s my daddy?”  My four-year-old son Jacob asked me.  The question was a jolt to our leisurly Sunday afternoon walk together.  I always knew the question would one day come, but I was not expecting it so soon.

“Dear God,” I prayed, “help me find the words.”  How could I possibly explain to my young son the mistakes of my foolhardy past?  His father, Carlos, and I had been dating only a month when I became pregnant.  Since I had ignored the symptoms for at least three months, when I finally took a pregnancy test, there was a doubt as to who the father was.  I had gotten together with an old boyfriend for a one-night fling just before I began seeing Carlos.


Carlos was the first person who I told about the pregnancy.  Although he understood that a paternity test would be needed to determine fatherhood, he was willing to stand by me.  Unfortunately, as my pregnancy advanced, I realized he was not willing to abandoned the partying lifestyle we had previously both enjoyed.  “You cannot keep doing this if you want to be a parent,” I told him.
Yet, Carlos continued a wild lifestyle.  I realized he was not ready to take on the responsibility of fatherhood. Carlos was present at Jacob’s birth. “I don’t care whose baby this is,” he told me. “I will stay with you.”
When the DNA test came back from the lab,  I held the slip of paper tightly in my hand.  Carlos was the father.  But I wondered, “What kind of a father would he be?”    Believing I had the best interest of my innocent newborn son at heart, I made a decision.  “Carlos, you are not the father,” I lied.  “I think it will be best if we go our separate ways.”
Life as a single mother was difficult, but my wonderful parents and two sisters stood by me.  And thankfully, I had a loving, devout Hispanic grandmother, who recognized the great spiritual void in my life.  When Jacob was three, she finally succeeded in convincing my sisters and me to attend a church mission and then a “Life in the Spirit“  seminar.  The Holy Spirit began working on us.  By Pentecost Sunday, June 3, 2001, I was firmly on the path that led toward God.   I had returned to the sacraments and fully embraced my Catholic faith.  Although on the surface it seemed nothing in my life had changed, on the inside, everything had changed.  Prayer and my relationship with God became my guiding force.
So when Jacob asked about his dad, I had a new-found source of strength.  I prayed for God to give me the words.  “Honey,” I began, “Your daddy is really a great guy but when you were born I could not see that.  I did not used to pray to God for answers or  go to church much so I made a bad decision.  I told your daddy to go away.”  Jacob stood motionless, carefully listening to my every word.  “He doesn’t really know about us but if he did, I know he would be here for you all the time.  I’m so sorry.”
Jacob looked stunned.  “Why didn’t you let me meet him first?” he demanded to know.
“I made a huge mistake,” I said.  “I did not understand what I was doing back then.”  I looked into his thoughtful little face.  “Do you want to meet your daddy?” I asked.  After his quick nod, we put our hands together and prayed to God to help us find Jacob’s daddy and make things right.
“Now what?” I asked myself.  “How am I going to get myself out of this situation?”
It took four months and countless rosaries before I mustered up the courage to contact Carlos.  One of my sisters joined me on the three-hour drive from Fort Lauderdale to Orlando.  The entire drive was spent in prayer.
In Orlando, Carlos and I sat across from each other at a restaurant, my sister at my side.  We did the usual small talk: “It’s been a long time.  What have you been up to?”
I shared my faith journey so Carlos would understand I was a very different person now.  “It’s one of the reasons I’m here now,” I explained.
There was a pause in the conversation.  The thought flashed through my mind that I did not have to go through with it. He did not have to know.  I looked at my sister.  She nodded her head as to say, “It’s time.”
I took a deep breathe. “Umm, he is your son.” I blurted out.
The blood drained from Carlos’s face and he slumped back in his chair.  He took a moment to collect himself and then asked, “Gina, this is a huge bomb to lay on me.  Why did you tell me he wasn’t mine back then?”
“I’m sorry.  I was an idiot and I wish I could take it back, but I can’t.”  The lump in my throat ached.  “You had every right to know and Jacob has every right to a father.  I’m here to try to fix that relationship and I’m willing to do whatever you need me to do.“  I handed him a picture of his son.  His shaking hands clutched the photo as he studied it in disbelief. 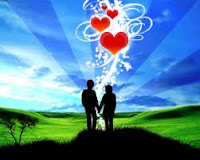 We agreed that I would bring Jacob to meet him the following weekend.  When I returned home, I sat down with Jacob.  I told him I found his dad and we would go together to meet him in five more days.  Jacob gave me a nervous smile and said he thought he was going to cry.  Carlos called me that same evening.  I expected that by then he probably had worked himself up into anger at me.  Instead, he asked me  what cartoons did Jacob like, and did he have health insurance?
The following weekend we met at a park.  As Jacob came down the slide, I pointed to a distant figure walking towards us.  “There’s your dad,” I announced.  I could see both Jacob and Carlos were nervous.  “Let’s go sit at a table,” I suggested.
Jacob carefully studied his father and then blurted out, “Where have you been?”
“Remember, I explained to you that it was my fault,”  I quickly intervened.  We took a walk around the park. Carlos and I did most the talking while Jacob kept staring at his dad. Then, we had dinner together at a friend’s house and said good-bye.  By evening, the strain was evident when Jacob had an uncharacteristic, wild tantrum.  Luckily, Carlos was not there to witness it.  I understood.  We held each other tightly and cried and prayed for strength.
By the next day,  the awkwardness faded into a more comfortable feeling.  The weekend visits continued and came to include holidays.  My heart warmed to see the joy my son experienced in the company of his dad.  As Christmas approached the first year, I asked Jacob what we should get for his dad.  His answer brought tears to my eyes:  “A picture of me on top of a heart that was broken but now it’s fixed.”
One day Jacob asked me to marry his daddy.  “People don’t just get married,” I explained.  “It’s something that starts with friendship and grows into love until the two people decide they want to stay together forever.”   My explanation did not seem to register. I realized I could not expect a five-year-old to understand all this.
Shortly after this conversation, I informed Jacob that daddy decided he was going to move closer to our city.  Jacob’s reply was: “Good.  The mistake in your heart is almost fixed.”
Carlos and I began having long conversations on the phone.   Soon, his visits were not just exciting for Jacob but for me as well.  I began seeing what a brilliant gem Carlos was.  He admitted to me that even though he had dated other woman during the five years we were apart, he had never gotten me out of his mind.  “I really don’t want to marry anyone else,” he told me one day.
So thanks to our son, the matchmaker, and his obvious cohort, the Holy Spirit, Carlos and I  became man and wife on May 11, 2003. God surely heard the prayers of a child and healed our adult mistakes.  We are now truly, a loving family.  And God’s blessings just keep coming.  We had  the joy of welcoming our new baby girl, Tess Abigail Ferreira  on Jan. 20, 2004.  She is gorgeous and we are so blessed.

Regina  currently lives in Ft. Lauderdale, Florida, loves God, Mary, her family, her CCD class and Saint Paul.  When not thanking God for the turn of events in her life, Regina tends to her new family and aspires to write children's books.