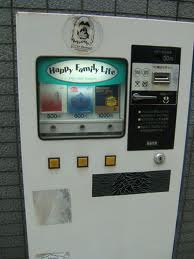 When a former college president shared that he had installed vending machines with condoms in the girls’ dorms, my face must have betrayed disapproval.  After a pregnant pause, (sorry, couldn’t resist) he further explained, “The girls asked me to do it because they wanted to be responsible.”

I was my husband’s date at a banquet he had been invited to as a county commissioner. Sitting at a table of strangers, we made introductions and small talk. The friendly, Mr. K explained that he was the retired president of a local community college. “There were always unexpected surprises around every corner,” he commented.

“So tell us about some of the surprises you encountered,” I inquired.

“Well, one day, three young ladies came into my office,” he began.  “They seemed nervous. Then, one of them spoke up, ‘Can you install a vending machine with condoms in our dorm?’ she asked. ‘Sometimes the boys forget.’”

Everyone at the table was silent but Mr. K looked at me because I had asked the question. In the face of my silence, he reassured me that the girls just wanted to be responsible. I had spent my seconds of silence in prayer. “Dear Holy Spirit, what should I say?”

“I think we can be sure there aren’t any condom machines in the dorms at the University of Mary,” I said with a smile. Everyone at the table chuckled, thinking I was just making a joke. But the comment represented a statement of faith. The local Catholic college president, Fr. James Shea, would sooner drive a wrecking ball through such a contraption than have it on school property.

Certainly, Mr. K wanted the best for his students.  Sadly, he, like so many, have been blindsided from the truth by society’s fixation on a lie; that safe sex can be purchased from a machine rather than given as a gift by God to couples who wait to open the gift after marriage.  However, even if we take God out of the argument, casual sex is clearly harmful.

Quarters Can’t Buy Responsibility
Sex is powerful, no doubt about it; life can be created, forever changed and even ended as a result of it.  Buying a condom does not change that

Condoms don’t always work, even the organizations that push them say as much. According to the Guttmacher Institute’s Family Planning Perspectives report, “"18 percent of couples who use condoms and 12 percent who take the Pill become pregnant within two years." Most women seeking abortions do so because of failed contraception.

"After reviewing the extensive literature on contraception, some variation in results is found. Reported failure rates for condom use vary from about 2 to 35 unplanned pregnancies per year, but a conservative consensus reveals a rate in the range of 8 failures per 100 users each year in the general population. Simple mathematics would conclude that after five years, the number pregnant with this method would be five times the yearly rate. Thus, after five years of condom use, there would be about forty pregnancies in this group of 100 real people ..."
--Stephen Genuis, M.D. "What About the Condom?" Risky Sex (2nd Edition) [Edmonton, Alberta: KEG Publishing, 1991]. How many times did a baby’s life end or a couple's life change forever because they thought a few quarters in a vending machine could buy freedom?

Levels of Risk
Letting hormones rule before marriage also means blotting out the risks sexually transmitted diseases (STDs).  Many health experts testify that condoms cannot be counted on to protect against AIDS and other STDs. In a quote from Dr. Harold Jaffe, chief of epidemiology, National Centers for Disease Control, “Simply put, condoms fail. And condoms fail at a rate unacceptable for me as a physician to endorse them as a strategy to be promoted as meaningful AIDs protection.”

STD organisms are minuscule compared to sperm. So they can slip through a hole in a condom much more easily than sperm. The AIDS-causing virus is so small that two million of the disease-causing agents can fit on the period at the end of a sentence. In 1993, the University of Texas found the results of 11 different studies tracking AIDS prevention showed that the average condom failure rate for preventing the AIDS virus was 31%. One reason is that many tiny intrinsic holes that the AIDS virus can pass through. [Source: Dr. C. M. Roland, editor of Rubber Chemistry and Technology].

Sexually transmitted diseases are an epidemic. In the 1950s there were only five that were known and treated. Today there are more than fifty types of STDs.
Pam Stenzel
Internationally acclaimed speaker, Pam Stenzel worked for nine years as a pregnancy counselor in Chicago and Minneapolis.  I heard her riveting talk at a fundraiser last spring.  She explained, “Girls would come to my office and say: ‘Pam, if I had known this was going to happen to me, I would have made a different choice. But no one told me." Pam has dedicated her life to telling people the truth.
In her DVD, Sex Has a Price Tag, Pam said, “ Most teens who are having sex are afraid of getting pregnant. Girls come into my office for pregnancy testing, and when I tell a girl her test is negative, she gets a look of relief over her face, as though to say: "I'm off the hook. I'm not pregnant. Let me out of your office."
“Wait a minute! Have you been tested for syphilis, gonorrhea, herpes, chlamydia, trichinoma, vulvadema, urethritis, hepatitis B, HPV or HIV? You have a four times greater chance of contracting a sexually-transmitted disease than you do of becoming pregnant.
“For nine years I've also had to tell hundreds of girls their tests were positive -- "You're pregnant." Immediately they want an easy, painless way out. I have to look at them and say: "Sorry. Your choices at this point are bad, terrible, and worse. You had a good choice before you chose to have sex. Now all of your choices are going to carry painful lifelong consequences.
“There is no easy way out of pregnancy. Abortion is painful, destructive, and devastating. More than 80 percent of the women in our country who've had an abortion say that if they could go back, they would have chosen something different.
“…Parenting a child isn't an easy choice either. Eight out of ten single teenage girls who choose to parent their children will live below the poverty level for at least ten years. Most stay there the rest of their lives. Nine out of ten will never attend college.”
Pam points out that men cannot count on getting off easy since the state can take a sizeable portion of their paycheck to support the child they fathered. “A young man I know who got a girl pregnant in Minnesota is being required by the State to pay $350 a month to support his little girl. That's based on his current income working at Burger King. 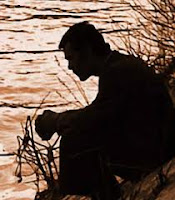 "’I made a decision one night after drinking,’ he said, ‘that I never would have made if I had been sober. And I will pay for that decision for the rest of my life.’ This is a very serious responsibility, young men. You need to think about that before you have sex, because after having sex, it's too late.”
When young people understand they are trading peace of mind for sex, condoms in a vending machine might not seem worth the price after all.
Pam states that the message can be seen as positive and spread. “Here's a good example . . . Five senior guys at a high school in Orlando, Florida, bought full-page ad in their yearbook. They put pictures of themselves with their prom dates in the ad.
The headline reads: "True Love Waits" and goes on to say, "we are making a statement to our fellow classmates that we will never abuse women, use them for sport and dump them. We are choosing to save sex for our wives."
Knowledge is Power
Schools are in the business of teaching, duh!  Educating students as to the benefits of waiting is a much better investment than a vending machine. In addition to the risks of STD’s and pregnancy, surely many would commit or recommit to abstinence if they knew of the Brigham Young University study that found couples who had waited until marriage to have sex exhibited the highest percent of happiness by 22 percent. “Regardless of religiosity, waiting helps the relationship form better communication processes, and these help improve long-term stability and relationship satisfaction,” study author Dean Busby, PhD stated.
Studies repeatedly show that sex outside of marriage is emotionally destructive in the long run and has been linked to low self-esteem, later marital dissatisfaction, and greater likelihood of divorce. According to a study by the National Survey of Family Growth, premarital sex increases the odds of divorce by about 60 percent. People who have premarital sex run a greater risk of marrying someone who's not right for them. Sexual intimacy can be emotionally blinding; clouding judgment and making couples feel closer than they really are.

So buying a condom for a night of fun is stupid at best and fatal at worst. But it’s hard for students to figure that out when adults in authority put up machines that send the message: Go ahead, just buy a condom first.  Maybe, given the facts, it’s time to require warning labels on condoms. Warning: Use of this product could, ruin your mental and physical health and lead to poverty, depression, failed marriages, and death.
###
For books and DVD’s by Pam Stenzel go to http://pamstenzel.com/
Posted by Patti Maguire Armstrong