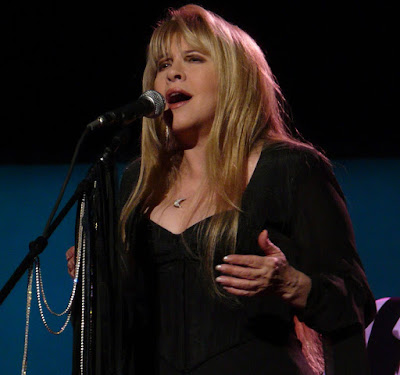 In a recent interview with The Guardian, Rocker Stevie Nicks revealed her confusion to think that sex, drugs and rock and roll were greater than her baby. She ended her child’s life in 1979 while dating Don Henley of The Eagles.

. “And I knew that the music we were going to bring to the world was going to heal so many people’s hearts and make people so happy,” she told the Guardian. “And I thought: you know what? That’s really important. There’s not another band in the world that has two lead women singers, two lead women writers. That was my world’s mission.”

So much confusion to think her mission in life required ending the life of her own flesh and blood. Nicks is 72 now. No children. She’s alone with just a dog. The Guardian article ended with her parting words: “I am a totally free woman, and I am independent, and that’s exactly what I always wanted.” That is not freedom.

Pope Leo XIII (1878-1903) who is considered the father of Catholic social teaching, warned that if we banish God from society, then we annihilate our moral sense and take away the truth of God our Creator. In such a case, Pope Leo said that society rejects laws and ultimately denigrates into vices. But today, we no longer call them vices, but proclaim that we seek such things. 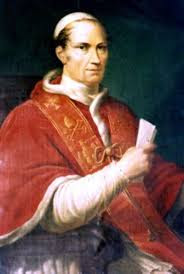 Taking God out confuses the definition of freedom. Pope Leo made this argument in his encyclical Libertas praestantissimum (On the Nature of Human Liberty): “If freedom meant the capacity to choose anything at all, including evil, then God and the blessed angels would not be free.” So sin, Pope Leo contended, is mere slavery and human liberty is based on God’s eternal law. Freedom, he explained is the ability to do good. So many have confused freedom with sin.

Earlier this year at the 77th Golden Globes, actress Michelle Williams suggested that abortion was the reason she was able to win a Golden Globe. Poor Williams. Her award will one day be reduced to ashes while a little soul was not allowed to live so she could have it for a while.

Five years ago, the famous feminist Gloria Steinem published My Life on the Road and dedicated it to the doctor who helped her get an abortion in 1957.  She was desperate to get rid of her baby so she wouldn’t have to “settle into a life that wasn’t hers.”

Follow Patti on Pinterest, like her pages at Holy Hacks, Dear God Books,  Big Hearted Families,  Catholic News & Inspiration on Facebook, and her author Facebook page.  To receive articles in your inbox, enter your email in "Feedburner" in right column.   God bless you!
Posted by Patti Maguire Armstrong