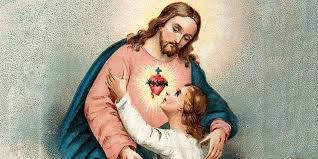 The Twelve Promises of the Sacred Heart that Jesus gave us in 1673 changes lives. Through a series of apparitions to  St. Margaret Mary Alacoque, (feast day October 17) a nun in Paray-le-Monial, France, Jesus revealed the extent of his burning love for us.

One of the promises is, “I will bless every place where an image of my Sacred Heart is exposed and honored.” That promise inspired a devotion for  Sacred Heart Enthronements in homes. Our own family held an enthronement ceremony around 15 years ago and placed a picture of the Sacred Heart in our family room where it still hangs. 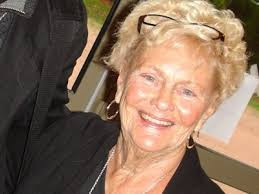 Before her death in 2017, I had the honor of interviewing Gloria Anson, founder of the Sacred Heart Apostolate. She often put on parish missions, teaching people about the Sacred Heart Enthronements. Here are a few stories in her own words.

“Gloria, Bill needs to have a Sacred Heart Enthronement done in his home tonight,” a friend insisted one evening after celebrating an enthronement at the home of a friend.

Usually I helped educate and prepare people to conduct this simple but deeply spiritual ceremony. It wasn’t something I just did on the spur of the moment.  But my friend Jan was persistent. Once I agreed, Jan firmly told Bill that he was next since she had arranged with me to do an enthronement in his home that very evening.

Jan drove with me and we followed to his home.  During the drive, I learned from Jan that Bill’s home was an apartment. He once had a comfortable home and a wife and family, but lost it all to alcoholism.

When we arrived, I took a blessed image of the Sacred Heart of Jesus out of my car trunk and we followed Bill inside. As we stepped through the door, I looked around the sparsely furnished apartment. I considered where the right place was to put the picture.  In the kitchen, I noticed a number of empty booze bottles and glasses. This is the place, I thought.

Placing the picture of the Sacred Heart of Jesus on the kitchen table against a wall, I lit a small votive candle in front of it. As the flame flickered, I looked at the glow it cast on the image and caught my breath. “Bill, look!” I said. “Doesn’t it look like his heart is beating? Bill, it looks like with every beat of his heart Jesus is saying:  ‘Bill, I love you, I love you, Bill.”

The three of us silently gazed on the heart of Jesus that appeared to be pulsating in rhythm with the flame. I then led a spontaneous prayer ceremony, assisting Bill in consecrating his life to Jesus. It was brief and simple but heartfelt.  Then, Jan and I said good night and departed.

Weeks later I was at the Cathedral in my diocese with a group preparing to receive the pilgrim state of Our Lady of Fatima and in walked Bill. I did not recognize him at first because he somehow looked different. Bill came over and hugged me and thanked me for having done the enthronement. Then he went over to Jan and spoke with her a bit and hugged her. He left shortly afterwards.

Jan shared with me what Bill had told her. The night of the enthronement, he had planned to commit suicide. Everything was ready.  But after he had put the image of the Sacred Heart of Jesus in his kitchen, he kept hearing the words: “Bill, I love you.”

There was a woman I knew through church. Her husband had left her. Her friends encouraged her to have Jesus enthroned in her home. I went to her home and helped her to prepare. I explained that part of the preparation and ceremony includes the family participating. She sadly told me that her two sons in college would not want to be a part of it. “Okay then, you will do it in the name of your family,” I consoled her. I explained that one of the promises Jesus gave to St. Margaret Mary was that for those with a devotion to his Sacred Heart, he would console in all their difficulties.

When her sons saw how meaningful it was to her, they helped with yard work and other chores to prepare. It made her very happy.

On the day of the enthronement, her sons were present along with a few friends and neighbors. It was a brief but touching ceremony in which Jesus was enthroned King of her home. A picture of the Sacred Heart of Jesus was hung ceremoniously in the living room. Afterwards, as I was leaving, her husband was at the door with his suitcase in hand. I got into my car, then looked into their bay window and saw the couple standing together. The wife was speaking to her husband, pointing to the picture of the Sacred Heart. I don’t know the details of their reunion, but I know that the couple stayed together.

One family I am close to has a strong devotion to the Sacred Heart of Jesus and enthroned him in their home.  Although the parents were devoted to their children, and the three boys were well behaved, their daughter began hanging out with a bad crowd.  By the age of sixteen, she ran away from home. The mom and dad were heart broken and searched all the places she hung out, but could not find her.

Days grew into weeks and then months.  It seemed like an eternity but there was no word from their daughter. Every evening, the family knelt before the image of Jesus that hung in their dining room. They prayed and pleaded with Jesus to bring their daughter and sister back home and to keep her safe.

At night, the mother  would rock in her chair and contemplate when Jesus appeared to St. Margaret Mary to reveal the devotion to his Sacred Heart, he  had promised: “If you believe, you will see the power of my heart and the significance of my love.” In spite of a broken heart,  the mother felt this assurance growing within her. She would repeat those words over and over in prayer.

For six months, the teenager stayed with another family but no one contacted her parents to let them know she was okay. As time went on, the daughter was not as happy as she had expected to be away from home.  One day, she slipped into a Catholic church and knelt before Jesus in the tabernacle.  Pouring out her heart to Jesus, she began to cry. Then, she heard a voice:  “Go home.”  It was firm but gentle.  The voice startled her.  She looked around nervously at who might be talking to her, but there was no one.  Then, she heard it again:  “Go home.”

Even when she left the church, she kept hearing those words, “Go home.” The girl tried to shake it.  She got into her car and turned on the radio to tune the voice out.  The song, “Daddy’s Girl” came on

. Suddenly, this child cried out of love and homesickness for her own father and family. She knew where she belonged.

When the mother, who worked in retail, came home from work that day, she opened the door and there was her daughter in the dining room, kneeling before the picture of the Sacred Heart of Jesus image. The mother screamed out her name. Her daughter had just slipped quietly into the house, so her brothers and father who were home, had not realized she was there until the mother screamed.  Everyone ran to meet her, hugging and crying tears of joy. The mother then ran to the window and shouted out into the neighborhood: “She’s home, she’s home!”

The mother trusted in the promise that Jesus gave to St. Margaret Mary, that “If you believe, really believe, you will see the power of my Heart in the magnificence of my love.”  The more she said it, the deeper she believed. I know. I am that mother.

·      For children, (and adults too) there is The Promises of the Sacred Heart picture book and the beautiful Sacred Heart Coloring Book.