Wife, Mother, Assistant to an Exorcist 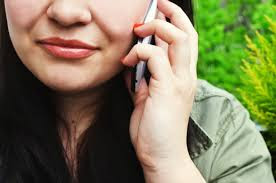 After starting a load of laundry, sweeping her kitchen floor, and sitting down to read, Maria (not her real name) answered her phone. It was her bishop.  Someone thinks he might be possessed. Could she give him a call?


Such is life for Maria, an assistant to her diocesan exorcist. Her child is an adult  now, so she feels she can dedicate herself to this work. She has a master's in theology with a theses on exorcism and deliverance, and a PhD in theology with emphasis on angelology and exorcism. Maria went through the academic part, not the ritual part which is just for priests who stand in persona Christi— the person of Christ.

Exorcism Training
As an assistant to an exorcist, Maria is one of the few people invited to attend continuing education where around 90 exorcists are present. It is held in the US, but the place is always kept secret. She also took the Vatican-sponsored 6-day course from Pontifical Athenaeum Regina Apostolorum, in Rome. Only someone who is an exorcist or sponsored by one and willing to pay their own expenses, can take it.
“Exorcism is one of those ministries where it finds you,” Maria explained. “It all lines up and you find you can handle reading about these things and not let it run rampant.”
Over time, Maria said that some of the language used in the ministry has been changing. For instance, her specialty in “angelology” used to be referred to as “demonology.”  That term is still used but it does not focus on the healing. “Christ should get the headlines,” she said. In her studies, writings from St. Thomas Aquinas, Scripture and other Theologians,  and Early Church Fathers, reveal that exorcism has existed through the ages. A favorite book of hers is Essentials of Demonology. A Study of Jewish and Christian Doctrine. Its Origin and Development by Edward Langton.
It’s not the sort of book most people curl up with before they go to sleep. “I was not worried about backlash, but some of the cases were pretty dark,” Maria said. “My husband asked me: ‘How do you read about demonic activity then turn off the light and go to sleep?’ It doesn’t bother me because I'm looking at how they came to resolution and came to Christ.”

Not You, But Christ
Maria, however, does not forge ahead without a care in the world. “A danger sign would be if I was doing it for my own glorification.” she said. “Exorcists have a clear understanding of their place in the world, trusting that God is the one who will drive out evil and not looking for personal attention.”
The key for everyone, she explained, is not to get caught up in what you are doing but what Christ is doing and to rely on the sacraments. “My cabinet door in the kitchen opened and closed once, but that sort of thing is just a parlor trick,” Maria explained. “Don’t focus on the drama.  Otherwise, who are you paying attention to?”
Maria gets calls from all over, even out of the country.  Typical are people saying their priest does not know anything about exorcism. She points out that their priest knows all about Christ. “You already know enough about demons,” she often tells them, “but not enough that you didn’t get involved.
“The gift of every priest is to bring the sacraments to us,” Maria said. “That is important. My boss doesn’t want people to be afraid, but to be informed, stay connected to God, and know that your guardian angel is more powerful."
Maria is often present at an exorcism but not always. “Father doesn’t want a big crowd in there. If he goes with another priest, then he would not take me.”

Screening
Maria begins by establishing a relationship with the person and family. “Most of the time it’s not possession, so I try to figure out what is happening,” she said. “If the call is from outside the archdiocese, they need to understand Father won’t be coming to their area.”
Frustrating cases, according to her, are those that have been directed by people who claim they have a gift and that they have demons following them or they have a whole scenario and have often consulted psychic. She will tell them to get away from those people and go to confession to unburden themselves of things like anger and lust that the devil can use. Often, that is all it takes. 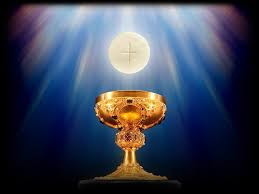 But some people think the power of the sacraments is not a good enough answer,  Maria explained. “They want the big guns,” she said. “But think about the power of Christ in the Eucharist— nothing trumps that.  The rite is just a sacramental that breaks a bond, but one reconciliation is worth more than 100 exorcisms.
"We can talk about levitation and things getting thrown across the room but that's just distraction," Maria said. "And let’s face it—so, what? You should not be more awestruck by flapping doors than you are that Christ is physically here with us and comes through the consecration of the Eucharist.  That fact should blow your mind."
There are dramatic cases however, such as one that got into TM [transcendental meditation] and was having manifestations in her house. “Her lights would go on and off and things were moved,” Maria said. “She walked into a room and doors would open and shut. She had not slept for 3 days. It really scared her.”
The first step is to go to church, according to Maria.  We don’t insist that people be Catholic, but if they feel demons are their heels, I tell them they better go to their church.  That alone often resolves the problem."