To always be close to Jesus, that’s my life plan. -Venerable Carlo Acutis 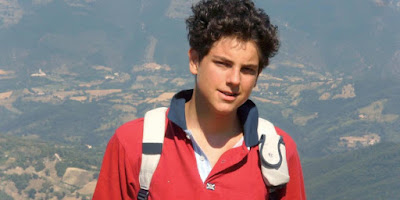 Being a teenager and a computer geek in today’s world hardly seems like fertile ground for sainthood, but Venerable Carlo Acutis, who died of leukemia at age 15 in 2006, is showing the world otherwise.


According to Aleteia, the vice-postulator of the cause for canonization of Carlo, officially announced on Wednesday this week, that the youth’s body has been found to be incorrupt. Last July 5, Pope Francis authorized advancing his cause to “venerable.”  His body was then exhumed, which follows the normal process of advancement. 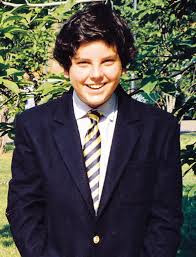 At that time, it was leaked out by his mother showing photos of her son’s incorrupt body to the co-postulator, who then posted on social media. However, he quickly took it down, and explained they needed a medical examination before making an official announcement.

Eucharistic Project
The Italian teenager was known for documenting about 136 Eucharistic miracles that occurred around the world over the centuries that have been acknowledged by the Church. He began at eleven years old and wrote at the time, “The more Eucharist we receive, the more we will become like Jesus, so that on this earth we will have a foretaste of Heaven.” He completed the project just a few months before his death.
In his honor, his collection was made into a "Eucharistic Miracles" exhibition. According to his website,“The exhibition is currently on show in all five continents. Only in the USA it has been received in thousands of parishes and 100 university campuses.”

His Life and Death
Carlo was born in London in September of 1991, but his parents moved to Milan, Italy when he was just a few months old. At a young age, he was devoted to the Blessed Mother and loved praying rosaries. He made his first Holy Communion at age seven and loved to stop and visit Jesus in the tabernacle before and after Mass. He also went to Confession weekly.
On his Wikipedia page entry, it says: “Acutis was worried about those friends of his whose parents were divorcing and so he would invite those friends to his home to support them. He defended the rights of the disabled and defended disabled peers at school when frivolous bullies mocked them. He loved travelling but loved to visit Assisi more than other places. 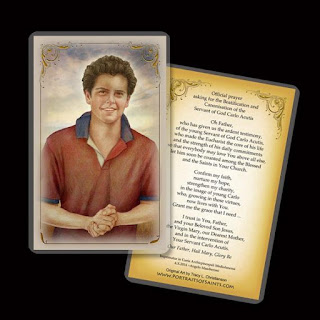 “The doctor treating him asked him if he was suffering much pain and he responded that ‘there are people who suffer much more than me.’ He died on 12 October 2006 at 6:45am from leukemia and he was buried in Assisi in accordance with his wishes.”
People who knew him attest to his great love of the Eucharist and holiness, so that the cause for his canonization soon opened. The Lombard Episcopal Conference approved the petition for the canonization cause to be introduced at their meeting in 2013.
He had offered his suffering for the pope and for the Church and died the way he lived.  “I'm happy to die because I've lived my life without wasting even a minute of it doing things that wouldn't have pleased God,” Carlo had said.
~~~~~~~~
For more inspiration check out Patti's latest book: Holy Hacks: Everyday Ways to Live Your Faith & Get to Heaven. Other books include:  Big Hearted: Inspiring Stories from Everyday Families and the best-selling Amazing Grace Series. Follow Patti at Twitter and Pinterest, like her pages at Holy Hacks, Dear God Books,  Big Hearted Families,  Catholic News & Inspiration on Facebook, and her author Facebook page.  Sign up at the right column to receive articles in your inbox.  God bless you!