Skip the Glitter and Take Ashes As Mother Teresa Would 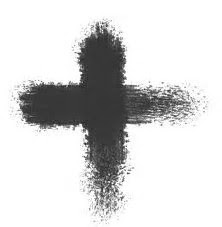 If you notice any glittery crosses on foreheads this Ash Wednesday, March 1, it’s a sham. Offering glitz in place of the cross is a counterfeit of what it means to follow Jesus.
What’s with the glitter?  In the article "'Glitter Ash Wednesday' sparkles for LGBT Christians and others, it was reported that Parity, a New York-based advocacy group, wants Christians promoting LGBT equality to mark Ash Wednesday with "glitter ash" on their foreheads.


"This is a way for queer Christians and queer-positive persons of faith to say 'We are here,'" said Marina Edmonds-Allen, Parity's executive director. "It is also a way for other people to be a witness to that and be in solidarity with them."
Ash Wednesday is the first day of Lent, the season of repentance before the resurrection of Jesus on Easter Sunday. Ashes remind us that we are dust and unto dust we shall return. This life is passing but we were made for eternity in heaven where “Eye has not seen, nor ear heard, neither have entered into the heart of man, the things which God has prepared for them that love him,” (1 Corinthians 2:9). 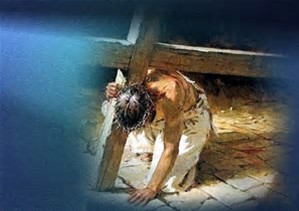 The cross of Jesus had no glitter. It was heavy and it hurt; yet he chose it freely. When we receive ashes, we choose to follow Jesus and enter into a season of repentance, not a celebration of the gay pride agenda.
An ever-increasing militant force that tramples even our right to follow religion, does not respect our tradition of Ash Wednesday. Co-existence is increasingly out-lawed as their brand of tolerance has become a one-way street.  Supposed same-sex marriage is a heresy against God’s creation in which he made them male and female and blessed them, (Genesis 5:2). To be against it however, puts a target on your back.
We understand that roles don’t come easy for everyone; that deprivations and excesses, offenses against nature and nature’s offenses, have complicated the world.  We know. Still, we celebrate our saints and martyrs not the apostates.  Our ashes and our crosses come without the glitter.
We can’t change the world but we can let Lent change us. We need Lent and we need each other because we are part of one body in Christ. Let us strengthen our bodies and souls against a culture that often mocks it.
Mother Teresa’s Kind of Lent
St. Mother Teresa would not have worn a glitter cross. She lived for God and she lived for the poorest of the poor but had no sympathy for anyone mocking the Christian faith under a cloak of victimization. Instead, she lived for God and served people who were real victims of poverty. 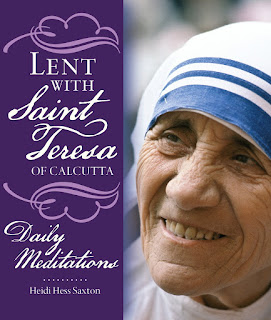 In the new book, Lent with St. Teresa of Calcutta, Heidi Hess Saxon opens with a story about four of Mother Teresa’s nuns that were martyred just last year.
“As the Yemeni war for independence ended, evil erupted, showing its truest colors. ISIS was determined to stamp out the last vestiges of a Christian community in Yemen. And so, six months before Mother Teresa was to be canonized, the extremists turned four of her nuns serving at a nursing home in Aden into martyrs, sending them to celebrate with their beloved foundress in eternal glory.”
“…Though their attackers no doubt intended evil, seeking to destroy the work of the despised Christians, in reality they simply revealed the true nature of these Christians and sent them on to their reward. Having been formed through the influence and teachings of Mother Teresa, the Sisters shone like the brightest gold in their witness. We see that same spiritual courage in the local Christians who died trying to protect the Sisters and in the priest whose first thought was to consume the consecrated Hosts so they would not be desecrated.”
In the book, day-by-day readings include Scripture, personal insights, the life and teachings of St. Teresa of Calcutta, reflection questions and a prayer. It offers an invitation follow the example of St. Mother Teresa.
Through the life of Mother Teresa, we are reminded that love often means doing the hard things. “Love is not afraid of a little inconvenience or embarrassment,” Saxon writes. “For Lent is not primarily about displaying our ashes; rather, it is about the daily battle to get right with God, about disciplining ourselves in body and soul through this annual pilgrimage of penitence. With our prayers, fasting, and almsgiving, we respond to the invitation to memento mori (“remember death”), putting into proper perspective our need to die a little each day so that Christ might live within us.”
As Mother Teresa said,  “I’m very happy if you can see Jesus in me, because I can see Jesus in you. But holiness is not just for a few people. It’s for everyone, including you.... Holiness is the greatest gift that God can give us because for that reason He created us.”