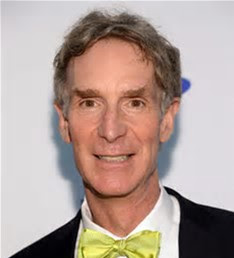 Dear Bill, I watched your YouTube video Bill Nye: Can We Stop Telling Women What to Do With Their Bodies?  I see the bow tie is still there and noticed that your human cells, begun at conception, have advanced into old age. Retirement is not serving you well, however. Rather than bowing out as the energizer bunny of science-made-easy, you’ve decided to promote abortion.


You begin with: “Many, many, many, many more eggs get fertilized than become humans.”
Already, my little mind tells me something is wrong. The American Heritage Science Dictionary defines conception as "the formation of a zygote resulting from the union of a sperm and egg cell; fertilization.” A zygote is the first stage of a human embryo.  Thus, fertilized eggs are humans.
You then say that’s not all you need. “You have to attach to the uterine wall, the inside of a womb, a woman’s womb.” Next, you said if we are going to hold that as the standard for the beginning of a human, then, “whom are you going to sue? Whom are you going to imprison? Every woman who has a fertilized egg pass through her? Every guy whose sperm has fertilized an egg and then it didn’t become a human?
Bill, give me a break. You know that a fertilized egg not implanting or being washed away through nature has never been the issue.
“It’s just a reflection of a deep scientific lack of understanding and you literally or apparently literally don’t know what you’re talking about.” 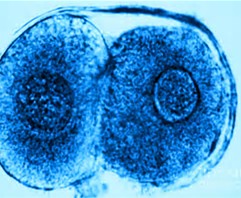 Bill, we are talking about---fertilized eggs, with their complete genetic content multiplying and growing after conception. We are talking about embryonic autonomy backed by real science.   A recent study demonstrates that a fertilized egg—also known as a zygote--is an autonomous living being. This one little cell begins to divide and to grow totally on its own.  Life has begun!
“And so when it comes to women’s right with respect to their reproduction, I think you should leave it to women.”
Their reproduction is their issue before they reproduce. After reproduction, there’s another person involved.
“This is really…you cannot help but notice…I’m not the first guy to observe this…you have a lot of men of European descent passing these extraordinary laws based on ignorance.”
Bashing white male pro-life politicians?  Bill, women and men of other ancestries are also against abortion. Of the 9 most prolife countries in the world, only 1 is European-- Ireland.  The rest, Brazil, Chile, Nigeria, Iran, Saudie Arabia, Indonesia, Philippines, Argentina––not European.  African Americans for Life would take issue with you acting like being prolife is the exclusive domain of white males. So would Feminists for Life and Hispanics for Life.
“Sorry guys, I know it was written or your interpretation of a book written 5,000 years ago, 50 centuries ago, makes you think that when a man and a woman have sexual intercourse they always have a baby, that’s wrong and so to pass laws based on that belief is inconsistent with nature,”
Bill, what book written 5,000 years ago? You mean the Bible? Moses is estimated to have been born around 1525 BC—although I’m no expert on that. Regardless, he received the Ten Commandments that include: “Thou Shalt Not Kill.” If life begins at conception, then abortion is killing a human life. By the way, nowhere in the Bible does it say that men and women having intercourse always have a baby. Are scientists supposed to make things up? 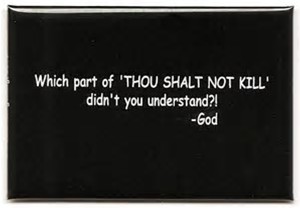 “That’s wrong and so to pass laws based on that belief is inconsistent with nature.”
Are you aware religion is not necessary to be prolife? Atheists and Agnostics for Life and Pro-life Humanists are not religious.
“I mean it’s hard not to get frustrated with this everybody. And I know nobody likes abortion, okay. I mean she has rights over this, especially if she doesn't like the guy that got her pregnant. She doesn’t want anything to do with your genes, get over it, especially if she were raped.”
Please remain on topic, Bill.  The argument is about the life of a baby, not whether the mom and dad like each other. And speaking of rape, are you aware that most rape victims choose life and by bringing something good out of the rape they heal quicker rather than compounding one tragedy upon another?
You shake your head in disgust and say, “So it’s very frustrating on the outside, on the other side. We have many more important things to be dealing with.”
Really? What is more important than human life?
You end by saying you were just being objective and you encourage us to look at the facts and “let’s work together.” 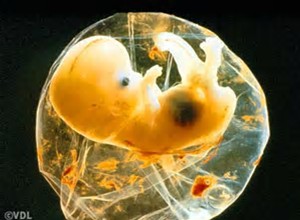 Bill, work with me here. I find your arguments neither scientific nor logical. A good moral argument doesn’t even need to include religion. The question is, does a human fetus have intrinsic worth?
If a pregnant woman wants to have her baby, then someone can be charged with homicide if they kill it. On what moral grounds does the mother alone determine worth of a baby?  We don’t allow mothers to kill newborns.
The baby is a temporary resident that leaves the womb when it is time. It is still just as dependent on others for life after it is born, but caretakers don’t have the right to kill a baby if it’s inconvenient. And dependency does not make the baby a part of the women’s body. They are two separate people with separate beating hearts and separate DNA. Read your science books! 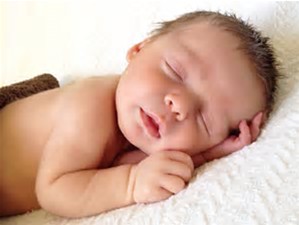 Bill, how sad that you arrogantly put down pro-lifers with shallow, unscientific arguments. Please stop promoting abortion as if it’s not taking a human life. Human beings have intrinsic value at every stage. Life, by scientific standards, begins at conception.  Regardless of whether his or her life is convenient to others, a new person has been created. And remember Bill, you too were once a zygote.
~~~~~~

Email ThisBlogThis!Share to TwitterShare to FacebookShare to Pinterest
Labels: Bill Nye, Can We StopTelling Women What to Do With Their Bodies? conception, Catholic News & Inspiration, embryonic autonomy, End Abortion, life, Pro-life, reproduction, zygote