The ring-a-ling of silver bells that herald the Salvation Army’s Red Kettle Campaign have relieved many Christmas shoppers  of excess change and perhaps some excess guilt from over-consumption. Unfortunately, pro-lifers should not contribute.


The Salvation Army feeds the hungry, houses the homeless, and helps free people from addiction.  But no amount of charity can undo promoting the ending of lives through abortion. They begin well in their Mission Statement. “The Salvation Army believes all people are created in the image of God and therefore have unique and intrinsic value…The Salvation Army accepts the moment of fertilization as the start of human life…The Salvation Army believes that life is a gift from God and we are answerable to God for the taking of life.”
Yet, one paragraph later they refer to “tragic and perplexing circumstances” that make terminating pregnancies acceptable:  rape, the health of mother, and a “fetal abnormality considered incompatible with survival more than a very brief post natal period.”

Cases of Rape
Just say “rape” and pro-choicers claim abortion as a need, assuming that having the baby would be a fate worse than death--literally.  Pro-choice logic defies reality. Statistics from two studies reveal that 70% of rape victims chose to keep their babies and not one regretted it.  Some had placed their babies  for adoption.
In contrast, one of the studies reported that 78% of the 30% of women who had abortions after their rapes regretted it.  Ending the life of an innocent baby just adds one more victim.  And women who have given life to the baby, feel closure and that they were able to bring something positive out of the unfortunate attack.  There are many dynamic prolife speakers today who publically acknowledge that they were conceived in rape.

Abortion for the Health of the Mother
In reality, abortion is never necessary to save a mother's health.  Treatment that unintentionally causes the death of her unborn child is not an abortion. The Association of Pro-Life Physicians, whose mission is living out the do no harm clause of the Hippocratic Oath, made a statement found here which states that the intentional killing of an unborn baby by abortion is never necessary.
“The necessary medication may injure or kill the pre-born child, but this is no justification for intentionally killing the child.  If the child is injured or dies from the medication prescribed to the mother to save her life, the injury was unintentional and, if truly medically necessary, not unethical.”  And not an abortion.

Playing God with Abnormalities
The Salvation Army states that they “believe termination can occur” when “reliable diagnostic procedures have identified a fetal abnormality considered incompatible with survival for more than a very brief post natal period.” 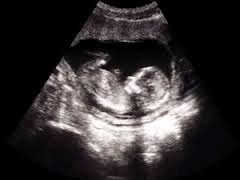 ARE THEY KIDDING?  They said we are all created in the likeness and image of God.  What of babies’ “unique and intrinsic value?” They said: “Human life is sacred and all people should be treated with dignity and respect.”  But not ones with abnormalities?
I have written many stories for magazines and for the Amazing Grace Book Series where supposed “reliable diagnostic procedures,” diagnosed unborn babies with conditions incompatible with life, but instead they were born 100% healthy.  Abortion had been recommended, yet the medical teams ended up shocked and baffled by the healthy babies. Were there miracles involved or failure on the part of the “reliable diagnostic procedures?”  Probably some of both.  The Salvation Army obviously puts more trust in diagnostic procedures than in God, in miracles, and in the value of all life.
In stories I’ve done where there was a baby born with a disability, the families received many blessings by putting themselves in God’s hands.  Liz Gary is one example of a mother who was told her baby’s condition was incompatible with life.  Instead, twelve years later, her son is still alive and his Down’s syndrome condition has brought much love and joy to their family.  Another mom, Linda Schreiner, shared her story, The Smallest Stone about the dramatic impact her son's 1-hour life had  on others.

Other Problems
Until recently, I did not realize how disconnected the Salvation Army is with Catholic teaching.  I have discovered other anti-Catholic stances such as their “commitment to the prevention of unwanted pregnancy through means such as access to reliable birth control…” Is it possible they are unaware that some forms of contraception are abortifactients and many women have abortions due to failed contraception?
Another troubling fact is their support of the #1 abortion provider, Planned Parenthood.  Life Decisions International (LDI), a pro-life watchdog organization has the Salvation Army on their complete list of organizations with strong connections to Planned Parenthood.
The Salvation Army founder, General William Booth shows what happens when a mere man rewrites religion in his own image.  He abolished all the sacraments and even asserted that baptism is not necessary “in order to receive salvation,” stating that only repentance and faith are required (Handbook, pp. 185-186). So inspite of doing a lot of good work, their moral compass is broken.