"Watch What You Pray For," by Liz Gary 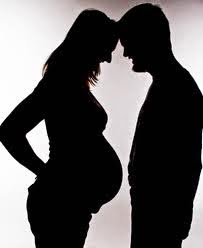 Everyone has heard the saying: “Watch what you pray for; you may get it.”  When Liz Gary was was pregnant with her third child,  she prayed that God would take her unborn baby before he was born. Her husband Mike and she had two adorable children; six-year-old Abby-Lynn and four-year-old Cameron. They had room in their hearts for another child...but just not this one, or so Liz thought.  Here is her story.

Amniocentesis revealed that the little boy I carried had Downs Syndrome with a heart defect and other possible major anomalies. The news hit me like a sledge hammer. For some reason, ever since I was a child, I had a deep fear that one day I would have a Down’s child. I’m ashamed to admit it, but I feared Downs children and turned away from them.


My heart cried with love for my poor disabled baby. I truly did love him. It was just beyond my ability to cope, I thought.  “Lord, please take this little angel; this is more than I can handle,” I prayed. The glow of motherhood turned into depression. I envisioned the birth of my baby as the beginning of a life-long struggle--a child that would be dependent on me the rest of my life.

Then at thirty-one weeks two different neonatal specialists told us that the baby was swelling with fluid in major organs, a medical disorder called "non-immune hydrops" that was "incompatible with life."  His body cavity was filled with fluid.  His scalp, heart, lungs, chest, abdomen, kidneys and scrotum were all filled with fluid. It was considered a fatal condition. The ultrasound showed the fluid, and the testing (by amniocentesis) backed it up. The expectation was that he would die in utero within a week or two. This was what I had prayed for because I thought it was for the best.

Even if the baby were brought to term, the experts believed he would not live for more than a few minutes because the fluid buildup was so severe. The baby's lungs were compressed with fluid making it impossible to breathe on his own. The doctor wanted us to deliver the baby early so as to relieve me of the burden. I told the doctor that everything would be in God’s hands. We then waited for the baby to die.

Three weeks later, the baby’s heart beat remained strong and his movement was constant, I wondered how he could be dying. I could feel him in my womb constantly kicking and moving. Then something began to happen that I had not anticipated. My baby became so alive and real to me. I began to fall in love with him.

Suddenly, all the love of which I was capable welled up within me and cried out for my baby. I loved him so much and did not want him to die.  Was God taking my baby because I did not have faith enough and love enough to believe I could care for him?

At this point, I would gladly accept the handicaps of my baby if only he would live.  It was a wake-up call to the shallow faith I had been practicing. My selfishness hindered love of God and love of others and even love for my very own baby. For the first time in my life, I fully put myself in God’s hands; whatever that meant. It was then that peace washed over me. “God, you alone know what is best for our family and our baby,”  I prayed. “I trust in You. Help that trust to grow.”  Now I was praying for two things: a miracle that my baby would live or peace of mind to accept God’s will if he did not.

During the last two months, Mike and I made arrangements at a funeral home. In late August, two weeks before the baby's due date, I went into active labor. They put me in the last delivery room, all the way at the end. Everyone knew what was going to happen and they were ready for a heartbreaking night. Thankfully, I had one of the most beautiful nurses who comforted me. She gave me a prayer card of St. Gerard Majella, the patron saint of expectant mothers.

The instructions were that they would only make the baby comfortable until he passed. I went into emotional shutdown. I could not push because his birth would mean he would die. I did not want to let go of him. I cried more in that hour than I have cried in my lifetime. I prayed:  Dear God, just give me five minutes with him.'"

Our baby boy - Dustin Raphael Gary, 7 pounds, 10 ounces - was born alive, kicking and screaming. Mike baptized him immediately, thinking we might have only minutes with him. After 10 minutes of screaming and crying the baby looked pink. The only thing purple was his hands and feet. I was expecting a baby who was dying. Then I heard a gurgling sound. “Oh, this is it,” I thought.  But they syringed out the fluid and his eyes started opening and he started rooting. I begged God, “Please don't take this baby from me.”

Finally, we called for a pediatrician to examine the baby. He looked at the file and then looked at Dustin, then said: “This file and this child are not the same. There's no way. The file says he's incompatible with life.”

The only place he had fluid was in one of his kidneys and his scrotum. I believe God healed him from the head down and stopped low enough to show that this wasn't a mistake--this was a miracle. He is a miracle. He would not be here if not for the grace of God.

We chose the name "Dustin" because it means "Fighter," and "Raphael" means "healed by God." He became the light of our family six months ago. Dustin has brought more love to us than we ever imagined. He has changed everything in my own life: my ability to love, to trust in God and to see miracles all around me.

He is the angel that was put here to bring us closer to God.  I am thirty-five and I have never known God like I know Him now.  Even my mom, who is sixty-seven, says she’s never seen the Lord like she seems him now.  I lived in a box before. Dustin has changed our world; he has brought God into it.


March 2017 update. This story is  from the book, Amazing Grace for the Catholic Heart.  Dustin will be 13 years old.  According to Liz:  "Dustin has given so much love, compassion, hope, perseverance, patience, determination to so many. His sister Abby-Lynn Gary and his brother Cameron Gary have been remarkable. What an honor it has been to walk this walk!"  Because of Dustin, she has been very involved in legislation at the state level in her home state of Louisiana for people with disabilities. 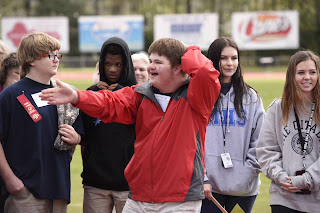