In my article, Skip Those Red Buckets, I warned of the Salvation Army’s promotion of abortion for babies expected to have a short lifespan outside the womb. The story below is about the very short life of Aaron Schreiner.  It was originally published in Amazing Grace for the Catholic Heart.  Aaron lived for only an hour, but he dramatically changed many lives in that one hour.

The Smallest Stone by Linda Schreiner

After the results of my ultrasound, Dr. Christopher sat down in a chair across from my husband, Craig and me.  Her expression looked grim.  We gripped each other's hands tightly.  "Your baby has anencephaly."

"There's a plate of cells called the neural plate that rolls up to form the neural tube, which becomes the spine and brain,” the doctor explained. "For some reason your baby's tube did not seal properly, so only the most primitive brain stem was able to develop."

I pressed my knees together to stop them from shaking.  I pictured a child with a gaping hole in its head.  "What kind of a life will it have?"

"These babies have just enough of a brain stem to go full-term, but they rarely survive the birthing process," Dr. Christopher explained.  "If they are born alive, they usually live for only an hour or so."  Her eyes filled with tears.  "I'm so sorry,” she said, pressing her hand on ours.

This was the last thing I had expected.  I looked at Craig's face.  For once I was utterly at a loss for words. "If you wish, you may terminate the pregnancy now,” she said in her kindest tone.  "I'll leave you two alone to discuss it."

As soon as the door closed Craig began to cry, something I hadn't seen him do since the joyful tears of our wedding day.   "I'd have rather had a disabled child,"  he whispered.

"Me too,"  I said through my tears.  I put my hand on my slightly rounded stomach, wanting to hold my baby close while I still could.  "I cannot end this baby's life," I said.

Alive!  It was the moment I'd been praying for and yet dreading for the last six months. What if I was so repulsed by the way he looked that I could not bring myself to hold him during his last moments with us?  She was turning toward me, bringing him to me.  I did not want to see his head
.  "Wait!  Put a hat--"

The moment I held him nothing else mattered.  "Oh my darling,” I murmured.  At the sound of my voice he turned his face toward mine, and the swollen lids parted just a little.  He opened his mouth and made a tiny sound, then closed his eyes and nestled down in his blanket.  He didn't seem to be in any distress at all.  The head I had been so afraid of was small and ended just above his eyebrows in a little topknot of skin.   I lifted the blanket.  From the eyes down he was heartbreakingly perfect. Craig put one finger into the tiny hand.  We looked deeply into each other's eyes and smiled. It was a quiet sort of joy, but joy nonetheless. 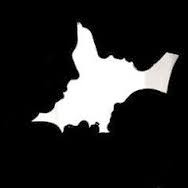 We called Father Tom, even though it was after midnight, and he arrived in record time.  My mother, brother, Craig's sister, and her husband were there.  It was the only time I'd ever seen my brother-in-law so subdued.  He wiped his eyes when he thought no one was looking.  Aaron even had godparents there; some dear friends had asked us if they could be his godparents after the anencephaly was diagnosed.

Throughout the entire baptism, I felt a profound sense of serenity.  It was tinged with sadness, but for one hour we celebrated the gift of our child.  No sooner had Father Tom pronounced the final blessing, when Aaron suddenly felt different to me.

"Would you check him please?"  I asked the nurse.
She placed the stethoscope on his tiny chest.  "He's gone."  She pressed her lips together and tears welled in her eyes.

The next morning my brother came to visit me.  "Lisa, you know I'm not a religious person, but there was a holy feeling in that room last night."

"You know what's really weird?  After I left the hospital last night, I went home and actually opened my Bible.  I don't think I've touched it since Dad left Mom.  I read exactly what I needed to hear and started to bawl like a baby."

The funeral was lovelier than any I've been to before or since.  My friends in the diocesan choir outdid themselves.  It was a perfect spring day.  The sweet smell of damp earth was in the air.  I was able to walk away from that little casket without a tear.  I knew that was not where Aaron was.

At the luncheon I made a beeline for Yasi, one of my favorite cousins.  "How's Ken?"  I asked.
"Funny you should ask,” she laughed.  "You know how I've been agonizing over whether to marry him?  Well, we had plans for today, but I was sure Ken would understand my going to the funeral. Instead, he hit the ceiling. "
"I'm so sorry,” I said.

"Don't be,” she said.  "I don't think I ever would have been able to see him for what he was if not for Aaron.  I broke up with him, and I couldn't be happier!"

The day after the funeral our neighbor Molly dropped off a loaf of freshly baked bread and a card.  In the card, she wrote about a baby girl she had lost in the late fifties.  She had never been allowed to see the baby.  She never experienced closure until she went to Aaron's funeral.  "Now,” she wrote,  "I am at peace with it."

A few days later my mood was especially bleak.  It had been gray, cold, and rainy since the funeral.  I huddled on the couch when Craig came in with the mail.  There was a card from Healing the Children, the organization we had encouraged people to donate their memorials to.  They wrote that they had received enough money to fly two children from Nicaragua to the U.S. for life-saving operations.  One of the children was a little girl with a cyst the size of an adult fist in her nasal passage.