An Exorcist Talks about Horror Movies 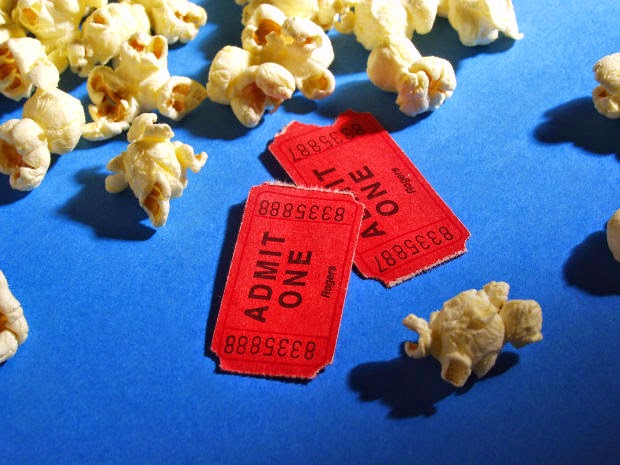 If the devil is going to show up at some point in a movie, I’d rather not pay to see it.  Yet, any exorcist will tell you that it’s the devil that you don’t see that is the most dangerous--the ones that tell you immorality is a good thing and if there’s a God, he wouldn’t mind.
In the movie, Ouija, which opened on October 24, the devil shows up.  And by name.  He does not come trying to make evil look good, he comes as pure evil with all the horror you would expect.

The premise is that after a teen is brutally killed in an accident, a group of her teenage friends attempt to contact their friend through a Ouija board.  They awaken the dark powers of an ancient spirit, which intrudes into their lives.  Oh, and it’s based on a true story.  No thanks.
I’ve only watched the movie trailer to know what it is about and that is enough for me.   The only reason I know about it at all is through a friend who emailed me about it.  I don’t personally find evil entertaining, but is it okay for people who like to be scared to go to such a movie?  Would you let your kids go?  It’s rated PG-13, so  a young teen would have no problem buying a ticket.

Different Reactions
According to Fr. Patrick, (not his real name, since he is a parish priest and his work in exorcism is not publicized) who has worked as an exorcist for ten years, horror movies are not necessarily bad and can even be good in some ways. “One of the things that I have found about these kind of movies—such as the Exorcism of Emily Rose--is that it has helped some people, done nothing for some people, and caused a stir among others,” he said.  “It is a person’s emotional make-up that can effect how they react to such movies."
In the case of Emily Rose, Fr. Patrick said he had people come to him in fear after watching the movie because they kept waking up at 3 AM [supposedly the opposite hour of the hour of mercy at 3 PM].  Those are the kind of people that he said should not go to horror movies since they are left in a state of fear which does not help them spiritually.   He noted that there were others who saw the same movie and responded by going to confession and telling him they wanted to be sure to stay away from evil. “Horror movies can bring evil to light and that’s a good thing,” Fr. Patrick said. “I would not go so far as to recommend them to people but at the same time, some people are helped by recognizing evil for what it is.”
In the old Dracula movies, Fr. Patrick pointed out that there was no question that vampires were evil and a crucifix was used to fight them—fighting evil with the power of God.  He said the problem is when evil and good are blurred or when evil is portrayed as good such as in movies that promote immorality.

Hollywood’s Version
Fr. Patrick was in the seminary when he watched the classic exorcism movie, The Exorcist.  He credits that movie with inspiring him to eventually become an exorcist himself.  Evil was evil and good was good in the movie;  there was no confusion.  But some people ended up confused. “A lot of people walked away and were afraid they were possessed,” he said. “Those kind of people should not watch a horror movie, but I thought the movie itself was pretty balanced and not that sensationalized.”
Hollywood movies, according to Fr. Patrick, usually do sensationalize the truth.  So even in a movie which shows evil for what it is and portrays the Church in a good light, there is still a lot of sensationalism.  “There are some weird things that you see during an exorcism, it can be pretty horrible,” he said, "but still, the movies usually exaggerate them."

Stern Warning
The most important thing, according to Fr. Patrick, is for evil not to be glamorized. Regardless of whether one goes to the movie or not, he gives a stern warning against Ouija boards, even out of curiosity.  He has had several people come to him after experiencing problems that stemmed from Ouija boards.

Fr. Patrick said he talks to his parish’s high school youth group about the dangers of the occult and playing with Ouija boards.  One student called him after he went away to college.  “I'm so glad I got a hold of you; you were right,”’ the student told Fr. Patrick.  “We were messing with a Ouija board last night and in the morning, I woke up with scratches all over my back.’”
Fr. Patrick told him to go to a priest to confess and renounce what he had done. He kept in touch with the student for a while but lost touch and assumes there were no further problems.
The bottom line, according to Fr. Patrick, is that curiosity and dabbling in anything occult is very dangerous.  In this case, he explained that it is better to learn from the bad experiences of others than to learn first hand.  “God warns us against it in the Bible,” he said. “There’s nothing good that ever comes from that, there is nothing safe about it,” he said.  “It’s a dimension you have no control over.  Evil wants to convince you that you will have control over it, but you won’t.  It’s always a mistake.”
_________________________________________________________________
For more inspiration, follow Patti at Twitter and Pinterest, like her pages at Dear God Books,  Big Hearted Families,  Catholic News & Inspiration on Facebook, and her author Facebook page.  Sign up at the right column to receive articles in your inbox.  God bless you!
Posted by Patti Maguire Armstrong