A Doctor and A Catholic by Laura Archuleta

Dr. Laura Archuleta struggled with balancing her faith with a medical career until she saw the light. This story is excerpted from the Amazing Grace for Families.

There never was a time in my medical career when “the birth control question” did not hang over my head. I often wondered how my Catholic faith should impact my medial practice.  Was it okay to give “the pill” to other women, as long as I did not use it myself? The answers did not come easily.

By my senior year, in college I was accepted to Creighton University School of Medicine. But the thrill of attaining my goal was tempered with a growing dilemma.  I was a training to be a family practice doctor, but I was also a Catholic.  I had specifically chosen Creighton, a Catholic Jesuit university, to protect my faith.   Still, there seemed to be an unwritten rule that a doctor must leave her ethical beliefs outside the patient's exam room.  Even though I knew that contraception violated the natural law and God's plan for marriage, was it really relevant to how I would practice medicine?
During my second year in medical school, Art came into my life and the embers of an earlier romance, reignited.  A year-and a-half later, on December 29, 2000, we married.  Art had shared my commitment to wait until after marriage before becoming sexually intimate.  We also agreed to learn Natural Family Planning and not use artificial birth control. I was doing everything that I thought a “good” Catholic should do.
Birth Control Dilemma

Shortly before graduation, I decided to dig a little deeper into my birth control dilemma.  I took on a research project regarding whether it was morally acceptable for a Catholic physician to prescribe contraception. The more I learned about contraception, the more concerned I was about the side effects.  Sure, most were minor, but there were also serious problems like the risk of stroke and heart attack and a possible link to breast cancer.  Fertility is not a disease, so why would we use such powerful chemicals to suppress a natural bodily function?  Doesn’t the Hippocratic oath say, “First do no harm”?
Even now, most women still do not understand how the pill works.  Most of the time it blocks ovulation, so no egg is released.  But there are times when ovulation does occur.  In those instances, the pill changes the lining of the uterus so that a fertilized embryo cannot implant.  This is an abortion.  I knew I could never perform an abortion, but was this really any different?
The Scandal of Birth Control
Then I came across the classic moral definition of a scandal is to cooperate with another in an evil action.  If contraception is evil, it stood to reason that a physician who supplies oral contraceptives is participating in her own form of scandal.  Jesus said, “It would be better for anyone who leads astray one of these little ones who believes in me to be drowned by a millstone around his neck in the depths of the sea.  What terrible things will come upon the world by scandal! “Woe to that man through whom scandal comes” (Mt 18:6-8).  That passage came through loud and clear.  In fact, it haunted me over the coming years.
But I reasoned that I was not corrupting these women; they had already come into my office with their own viewpoint.  Besides, I wanted to be liked by my patients and fit in with my colleagues and not be viewed as some kind of religious radical.
I began my family medicine residency in Sioux City, Iowa. “I'm going to try not to prescribe the pill,” I told myself. The first time my values were challenged was a few months into residency.  A petite, sixteen-year-old blond came in to discuss birth control.  I took a deep breath and tried to give her the kind of talk you see in the movies where everything changes after an impassioned speech. “You are better than that,” I firmly told her.  I talked to her about abstinence and how precious her body was.  But instead of a light turning on, she only stared at me blankly and said she would still like the pill. 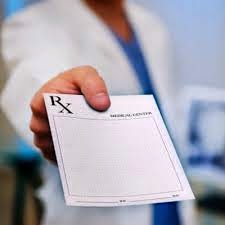 Biting back tears of failure, I hurried down the hall to another doctor and had him prescribe the birth control my patient wanted.  Instead of giving this girl a prescription in my own handwriting, she now clutched one written by the hand of a doctor down the hall. In the end, it was all the same, wasn’t it?
Why was I risking my professional reputation and making myself out to be a weirdo when the patient outcome was going to be the same either way? Some doctors reasoned with me that birth control was the lesser of two evils: better to use birth control than to be sixteen and pregnant.  (By the way, the sixteen-year-old blond what had left with contraception was back in the clinic the following year for pregnancy care.)
I graduated from residency in 2004 and took a job in rural North Dakota.  In the weeks before I started work, the issue of birth control continued to nag at me.  I prayed to God and often talked to myself, promising that I would tell the business manager that I did not want to prescribe birth control.  God, if you want me to do this, you have to make me stronger, I prayed.  Whenever I was face to face with the business manger, however, I chickened out.  So, several times a week, when a patient came and asked for birth control, I swallowed hard and quickly wrote out the prescription.  But it was not an issue I could smother.  My Catholic faith is such a huge part of my identity, it kept nagging at me.
A New Attitude
After three years in practice, I accepted a position in Bismarck as a primary care physician affiliated with St. Alexius, the area's Catholic hospital. It was a perfect opportunity to make a break with my contraceptive practices.

I began my new practice, finally ready to stand by my values. This is a Catholic facility, I reasoned, it should be simple to avoid birth control.  It is never that clear-cut, though.  God had given me a supportive environment, but the final step was up to me.  I do not know if I was looking for a sign, or advice, or what, but I got onto the Internet.  I landed on the Catholic Medical Association website.  There, I stumbled on a familiar name.  Dr. John Breheny was an ethicist I had met during my residency in Sioux City.  We attended the same church, and I had great respect for him.  Thanking the Holy Spirit for this “coincidence,” I quickly sent him an email of my moral dilemma. Dr. Breheny responded right away, making some very strong arguments:
“You know that the Church teaches that contraception is wrong. … In fact, it is harmful to women (physically, emotionally, relationally, and spiritually), and harmful for men, families and society as well.  If something is seriously wrong, then it is wrong to participate in it or facilitate the action.  [Think, for a moment, if you lived in Oregon where assisted suicide is legal.  Now, most physicians are still against this.  Would it be the same decision to write a prescription for a lethal dose of narcotics (a) because this is what the patient asked for; (b) it is legal; (c) other physicians are doing it; and/or (d) if you didn't do it, someone else would?]  In any case, again, if something is wrong, then it is wrong to participate in it.  If something is wrong, and harmful to women, then it is not a good way to practice medicine; In fact, it is possible to survive and thrive without prescribing [contraception] I hope you can come to see that.  I'm not making it up.  Again, I have met physicians who have gone down this same path, and more continue to come along.
In short, I am arguing that not prescribing is not only the right thing to do; it is a good thing for your patients.  Having said that, I know this is not an easy decision.  It clearly is easier to stay with the status quo.  Going against the current is always hard, and our modern, American culture has a lot invested in medical control of women's fertility.  It isn't just the personal and social values, the medical "standards of care," etc.; there is a lot of money invested as well. But I am convinced that it is important and necessary if we are to transform our culture with the Gospel and necessary to serve women's health effectively.”
As I read his words, tears filled my eyes. I felt liberated. I can only describe it as the power of the Holy Spirit.  I had finally found the strength I needed.  Within a week, I went from saying: “I do not want to do this” to clearly stating: “I am not doing this.”  The more I said it the stronger I felt.  Now, my resolve has been firm for seven years.  My practice is flourishing and I love going to work every day.  I've finally learned that I can be a good doctor and a Catholic.

For more inspiration, check out Big Hearted: Inspiring Stories From Everyday Families. Your children will laugh while learning big spiritual lessons with Dear God, I Don't Get It! and Dear God, You Can't Be Serious.
Follow Patti at Twitter and like her Facebook pages at Dear God Books,  Big Hearted Families and  Catholic News & Inspiration on Facebook.