Pedro Cumba’s first brush with death came in 1995 when a rival drug gang robbed him.   “They pushed me down the basement steps and made me lay face down on the floor,” Cumba said.  “He went to shoot me in the back of the head but the gun didn’t go off.”

Pedro managed to get away, unharmed, but was not yet frightened away from the drug habit that would consume twenty of his forty-eight years of life.  His second brush with death would come soon after, when his home was broken into one night.  Cumba was doing drugs in the living room with his friends.  “I was whacked over the back of the head with a gun, tied up and thrown in a closet.”  One of the assailants put a pillow up to the closet door and started shooting but Cumba was able to wriggle himself into the corner of the closet and escaped all five bullets.


“When I got out of that one, I was telling everyone how lucky I was, but I knew in my gut it wasn’t luck.  It was God.” He also knew exactly who was pleading with God for his life—his mother.  “I’m sure that it was her prayers to God that saved my life.  I think she spent every day on her knees praying for me.”

Cruz Maria Cumba came to the U.S. from Puerto Rico.  With her husband, Pedro Juan, they raised three sons.  Pedro, the oldest, was five when the family moved from New York City to Philadelphia.  He graduated from a Catholic high school, married at nineteen, fathered two children and was divorced seven years later.  Pedro became involved in the drug culture that would hold him captive for the next twenty years.  During the worst of those years, he lost touch with his mother even though she never stopped praying for him.  She often tried to call and came to his door but Cumba would not answer.

Sometimes, his mother would leave a plate of food outside his door.  “It would really hurt to watch her walk away,” Cumba said, “But I just could not face her the way I was.”  One day his mother left a letter at his door.  “She said how much she loved me and that she knew I wasn’t well.  No matter what I was doing, I would always be her son and she would always be my mother.  She said, ‘my address is still the same and my phone number is the same.  You’ll always have a home here.’” 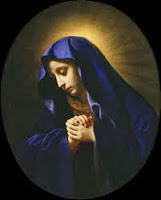 Cruz Maria’s unconditional love had a powerful effect on her son.  Even seven years later, just talking about it chokes him up with emotion.  “I hung the letter up on the wall and I would look at it every day,” he said.  It wore on him until finally, one day, he picked up the phone and called her.

They reconciled and started going to church together and even to prayer meetings.  By now, Cumba realized everything that had happened to him was an opportunity from God to turn his life around.  “But I still had one foot in the world,” he said.  “I’d leave church and several days later, I’d go back to doing drugs.  This happened for about a year.  I was going to the prayer group but I was still messing up.”

Then one night, the leader of the prayer group, Nancy Martinez, prayed over him. Toward the end of the prayer, she said that the Lord had just revealed to her that Cumba had twice confronted death.  “That really freaked me out,” Cumba said.  “How could she know this?  Nobody knew that except the people who were with me when it happened.”

Martinez warned him that he was about to face death a third time and told him to give his heart to the Lord without delay.  The very next weekend, after a night of drugs, Cumba woke up with a splitting headache.  “I looked in the mirror and one eye was completely shut and my mouth was turned funny.  I thought it was from the air conditioning.”

He walked around for a week in this condition before collapsing in someone’s car.  The emergency room doctor told him that he had suffered a brain aneurism.  One vessel had exploded and another vessel had a bubble on it the size of a dime.  “If that one explodes,” the doctor told Cumba, “I can’t save you.”  The only hope was an emergency surgery but Cumba wanted no part of it.  He attempted to leave the hospital but the doctor told him, “If you walk out of here, you’re going to die.”

“I burst into tears and went into the bathroom of the emergency room.  I had seven rocks of crack cocaine in my pocket and instead of throwing them down the toilet like I should have done, I decided to end my life right there by smoking all seven rocks back-to-back.”

He smoked them, but he did not die.  “There I was trying to kill myself and I still could not die.”  At some point, he realized that maybe God did not want him to die because He had something for him to do.  Maybe it was something worth living for.

“Okay,” he told the Lord, “I’m going to put my life in Your hands.  If it’s Your will that I make it through the operation, if You give me a second chance, I promise I’ll turn my life around.”

The surgery took almost ten hours.  When he awoke, the first sound he heard was that of his mother praying with friends from the prayer group who had gathered around his bed.  The left side of his face was paralyzed and he was blind and deaf on that side.  “I was so thankful to be alive, that I did not care what I looked like.  He endured months of therapy, both physical and spiritual. He became more and more convinced that God had work for him to do.

“I knew God had spared my life and I wanted to do something for Him. I just couldn’t sit and warm the pews in church.  I had to get out there and touch lives the way He touched mine.”

That’s exactly what he did.  After regaining his sight and hearing, which doctors never expected to happen, he started singing in the choir at the prayer group.  Then, he learned how to play bass guitar.  From there, he joined the “Spirit of the Lord” street ministry that reaches out to the very people Cumba knew best—troubled souls on drugs.  Headed by Nestali Montes, the ministry sets up their band on drug-infested corners, plays gospel music and preaches the word of God.  Prostitutes and drug addicts have fallen on their knees right in the street and given their hearts to Jesus Christ.  Cumba tell them, “If you just open your heart to Jesus, there’s nothing He can’t forgive.”

For more inspiration check out:  Big Hearted: Inspiring Stories From Everyday Families , a collection of  22 stories, that share a glimpse inside the triumphs, struggles, joys, and sorrows of ordinary families with generous hearts.

Dear God, I Don't Get It  blends drama, humor, and inspiration in a fictionalized story to address questions faced when prayers seem not to be  answered―most importantly, “Is God even listening?”