Trees, Bees, and Murder in the Target Parking Lot 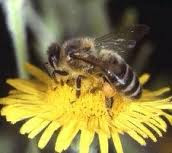 Where can you attend a memorial service for bees or join a protest against a man cutting down a tree on his property?  In Oregon.

The state is beautiful with a gentle climate, dramatic views and lush plant life--particularly trees.  Such beauty attracts many nature lovers and a sizeable number of them, seem to like trees better than people.

Although trees cover 46% of the state and 26% of its largest city, Portland, anyone wanting to incur the wrath of neighbors, need only cut down a tree in his yard. There are organizations there based solely on the love of trees such as “Friends of the Trees” and “Portland Parks Urban Forestry.”  A city permit is required to remove or even cut trees over twelve inches in diameter.  But even with a permit, the people who have made friends with the trees don’t tolerate the willful killing of their friends.

A case in point is a story I read in The Oregonian newspaper several years ago while visiting relatives.  It was reported that a man had cut down an old-growth tree in his yard. In spite of obtaining a permit, 21 of his neighbors filed complaints, attempting to block him.  The article commiserated the loss of the tree. “What difference does it make if it’s his property?” one mourner stated. “Does that mean I can do anything I want on my property like start a junk yard?”

While living in Portland for three years, I came to understand the love Oregonians have for all life forms.  One afternoon in 1983, I was out to lunch with my co-workers at the Institute for Policy Studies.  The director found an earwig in her purse.

“What’s an earwig?” I asked.  All four at the table with me expressed surprise that I was unfamiliar with the insect.  The director gave her purse to another graduate assistant who had offered to take it outside. I went with him to see what an earwig looked like. He turned the purse inside out and dumped the earwig onto the sidewalk.  It was hideously ugly, so I instinctively stepped on it.

My co-worker looked at me in horror.  “Why did you do that?”

“Why did you think I came outside?” he demanded. “I brought it out here to let it go.”

When we returned inside, the director asked if I had the chance to see the earwig.  My co-worker immediately announced, “She killed it!”  Everyone at the table looked at me, horrified.

“Why did you kill it?” the director wanted to know.

“Because it was ugly,” I said.  I don’t remember if I laughed out loud over this incident but I think my co-workers never thought of me the same again after learning I was a cold-blooded killer of insects.  I had thought I was one of the most tenderhearted animal lovers on the planet.  I even feel a little bad for the worms I put on my fishing hooks.  But I’m not crazy.

Pardon my digression down memory lane and fast-forward to this Sunday’s memorial for fallen bees. The Mother Nature Network reported that there were as many as 50,000 victims—mostly bees-- due to  “last week’s grisly api-cide” in a Target parking lot in the Portland suburb of Wilsonville. The trees had been sprayed with insecticide and the landscaper did not follow label instructions. He should not have sprayed while the trees were in bloom. Ironically, the massive killing of bees occurred during National Pollinator week.

To pay tribute to the lost lives, there will be a memorial service in the parking lot, marking what’s believed to be the largest documented bee death in the Western United States. The Wilsonville Bees Memorial itself is being organized by Portland resident Rozzell Medina.

On Sunday, June 30, 2013 at 2:00 PM, please join us at the site where an estimated 50,000 bees were killed by humans who sprayed the toxic pesticide, Safari. We will memorialize these fallen life forms and talk about the plight of the bees and their importance to life on Earth. …In addition to the injustice and brutality of this situation for the bees that are being murdered, there are far-reaching effects for humans, who rely on bees to pollinate our crops. “ 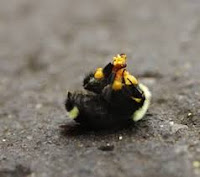 I am all for bees. By all means, advocate for them, but calling their deaths murder is insane. Murder is the premeditated killing of one human being by another.  The bees were not murdered. Neither was that earwig, by the way.

I love trees too. Keep them growing and plant more! The sad irony, however, is that Oregon was the first state to legalize physician assisted suicide in 1994. Let old people who are tired of living get help dying—oh but don’t cut down an old tree. 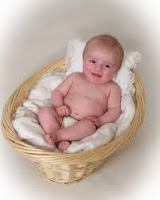 More attention is given to wildlife than to the unborn babies aborted throughout the state of Oregon every day at their twelve abortion clinics, taking the lives of over 10,000 babies on average every year.  Those babies are “life-forms” that unlike bees, have immortal souls. Bees are here for us, to make the world a better place. We are here for the babies, to care for them until which time they grow up and have the opportunity to also make the world a better place.

When I last checked, 176 people were planning on attending the bee memorial. How often do that many gather outside of an abortion clinic? Human life is of infinite value yet in some places, there seems to be more passion for bees and trees. Of course this is not a problem just in Oregon.  It is everywhere.  Let the solution be everywhere also—speaking out and praying for the truth so that God will prevail sooner rather than later.
________________________________________________

For uplifting reading:   Big Hearted: Inspiring Stories From Everyday Families  a collection of stories on love and life, and  Dear God, I Don't Get It, children's fiction that presents faith through a fun and exciting story.