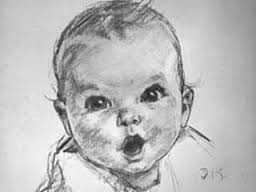 Some people think they are more highly evolved than those mired in morality.  Their politically correct rants propel us into a strange new world where life, death, and marriage are relative and sexual urges determine right and wrong.  But rather than evolving into higher thinking, their pride pulls them into insanity. Proof that the world has gone mad has reared its ugly head in the Pacific of late.

In New Zealand, the island country on the southwestern Pacific Ocean, 77 of 121 members of Parliament voted in April to amend the 1955 Marriage Act to allow same-sex couples to marry. Upon the news, onlookers and some lawmakers broke into a love song.  New Zealand thus became the 13th nation to legalize gay marriage and the first nation in the Asia-Pacific region.
Insanity can be contagious and threatens to spread to neighboring Australia.  A major advertising campaign is now promoting the annihilation of the sacred institution of marriage.  The executives surely think they are geniuses with their pro-gay marriage campaign.  Billboards and a television commercial shows a pregnant woman and her partner at an ultrasound appointment. When told,  "You're having a lesbian,” the couple breaks into emotional smiles. The campaign's billboard shows a pregnant woman smiling and baring her belly, with the words "Congratulations, you're having a lesbian."
The campaign’s message is that children can be born gay so marriage equality is everyone’s issue. It’s our issue for sure, but Catholic teaching states that marriage does not come in a variety of forms, but is between one man and one woman.

The U.S. Supreme Court will soon decide on two marriage issues to either defend traditional marriage or redefine it.  But whatever the court decides, and whatever any country’s legislators vote for, they are men and do not speak for God. The Church does and it teaches that marriage is between one man and one woman. Men cannot change the laws of God.
Without getting into the debate as to whether sexual identity is biological or not, the question remains: is marriage a right to same-sex couples.  William B. May’s booklet Getting the Marriage Conversation Right: a Guide for Effective Dialogue, effectively defends traditional marriage as being the only institution that unites children to their moms and dads. “Many people on both sides of the debate are focused on whether it’s right for homosexuals to marry rather than being focused on what marriage actually is,” May writes.
The debate is accelerating around the world.  A generation ago, this would have been unthinkable. Today, people are getting misty-eyed at calling a baby a lesbian and breaking into song at something once generally agreed to be disordered.  Truth never changes but the chasm between those that hold fast to Christian teaching and those that don't’ has become a virtual gorge.  It’s getting sparse on one of the sides, but better to stick to the truth than join a popularity movement based on lies.  “Woe to those who call evil good and good evil, who put darkness for light and light for darkness, who put bitter for sweet and sweet for bitter.” (Isaiah 5:20).

Two new books for spring:  Big Hearted: Inspiring Stories From Everyday Families  is a collection of stories on love and life.   Dear God, I Don't Get It is children's fiction that presents faith through a fun and exciting story.