"Five Miracles in One Day" by Jody Murphy 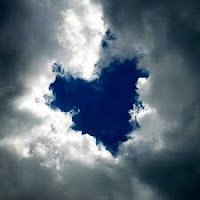 This story was originally published in Amazing Grace for Families. It is an uplifting reminder of how amazing life and love can be.

“I can't do this anymore,” I told my husband Kevin. After three years of painful fertility treatments with no results, enough was enough. The strong medication and the extreme hormone surges brought physical pain and put me on an emotional roller coaster. I did not want to live like that anymore.

Even before I married, I knew conceiving a child would be difficult. When I was a teenager, I was diagnosed with polycystic ovarian disease. My health was fine, but my chances of ever getting pregnant were slim.

Kevin and I shared a deep desire to raise children, but we both agreed it did not matter if they were our own flesh and blood. We prayed to God for children and asked Him to lead us to the ones that needed us. Kevin and I felt drawn to foster care. Our caseworker understood that our ultimate dream was to adopt, so when she learned of twins that were free for adoption, she called us immediately.

Five-year-old twins, Brittany and Brandon came to live with us on July 3,1997. I was a little scared at the enormity of my instant responsibility, but still, my heart sang, “I’m a mom, I’m a mom!”  Our prayers had been answered.

But within the week, we received crushing news. The caseworker had been mistaken. The plan was to eventually reunite the twins with their birth mother. It was my responsibility to make the 1 1/2 hour drive into Buffalo once a week for a two-hour visitation with their mother. I wanted to be a mother to these kids, but I would do whatever was best for them. I had asked God to send me children that needed me, and whatever the outcome, Brittany and Brandon needed the love and care I had to give them.

Within three weeks of coming to our home, Brittany asked: “Is it okay if I call you Mom?” It was what I yearned for.

“Yes, I would like that,” I told her. By the next week, Brandon also began calling us Mom and Dad. I loved them more and more each day but my heart had to hold back; they were not mine to keep. The hope that I could one day be their mother for real grew deep within me.

Four months after they came to live with us, we celebrated Thanksgiving. As we went around the table explaining what we were all thankful for, my heart melted when it got to the twins. “I’m thankful for my mom and dad,” Brittany announced smiling at us.

“Me too,” chimed in Brandon.

Six months after the children had been placed with us, their birth mother stopped showing up for visits. She also had never enrolled in the court-mandated treatment necessary for her to gain back custody of her children. “If this continues, she could have her rights terminated and then they would be free for adoption,” the caseworker told us. 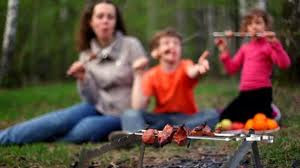 When the year was up, we met with the birth mother and the caseworker. The mother decided she would relinquished her rights if she knew we would adopt them. My heart soared. I did not have to hold back my love any longer. I could truly be the twins’ mom--forever.

All that was left was paper work and final court proceeding; then the kids would be ours. Returning home, we excitedly told the twins that their wish to become  ‘Murphys forever“  would come true. That was in July of 1998. In September, I received a phone call from the caseworker that cut through my heart. “I have some bad news,” she began. “The birth mother has an aunt who has come forward and is pursuing adopting the twins.”

“No,” I cried. “They barely even know her! Somehow you have to stop this!” I ran outside to be with my children. I hugged them close and cried. “I love you both so much,” I told them. “Your mother’s aunt wants to adopt you, but I’m not going to let her.”

Kevin and I retained a lawyer and were ready to fight with all we had.  But the law at that time decided heavily in favor of any biological family members. Our case did not look good. The thought of losing my children was unbearable. They had made me realize how much I loved being a mom. “Please God,” I prayed. “Don't let me lose my children.” I could not imagine being childless again. And yet, I had to face that
very likely possibility.

In October, I returned to my fertility specialist. Even though I knew it was a longshot, I decided to try one more time to have a child of my own. But by November I was again experiencing terrible problems with the treatment to increase ovuluation. One day I felt so sick, Kevin stayed home from work. When I called my doctor, he told me to come into his office that morning. Shortly after I hung up with the doctor, our lawyer called.  “I need to see you and Kevin,” he said. Both offices were in Buffalo, so we arranged to see them one right after the other that morning.

Our lawyer had unbelievable news: “The aunt has stated she will withdraw her petition on the condition that you two agree to adopt the children.”  We were ecstatic. In spite of still feeling ill, my spirits soared. God had answered our prayers. The children would really be ours!  No one would ever take them from us. I cried tears of joy.

When we continued on to the doctor's office. I was so happy that I did not even mind failing at achieving a pregnancy again. The doctor had me do some blood work and then went over the results with me. “I have some great news,” he announced. “You’re pregnant.”  Before the unbelievable news could sink in, he continued: “But there is a slight problem.  It’s probably twins”

“No you are pregnant with twins,” he laughed in return. “Your hormone levels are so high, it must be twins.”

Initially, there were medical complications that threatened to end the pregnancy. I had prayed so hard to keep Brittany and Brandon, I feared that now I would lose my other babies. “Please God,” I pleaded, “let me have them all.”

Within the month, my situation improved and the pregnancy progressed.  At six weeks, I went in for an ultrasound. “There are three heartbeats!” the doctor announced. I could not wait to call Kevin at work.
“How does three sound?” I asked him.

"You mean the twins and one more baby?” he asked. 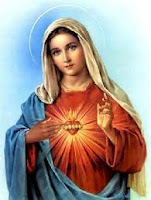 “No, I mean the twins and triplets.” We were both too excited to be scared. Before I knew I was pregnant, I had prayed a prayer to conceive to Our Blessed Mother. I had prayed it three times in a row. It is a family joke now that it is a good thing I did not pray it seven times.
Kevin and I had the name Kiley picked out for one of the babies. We wanted to include the twins in our family situation so we asked them each to help us name one of the babies. Brittany picked out the name Emilee for one of her new little sisters and Brandon selected the name Matthew for his little brother. The triplets were born on April 27, 1999. Nearly a year later the triplets were with us when the judge banged down her gavel to symbolize the adoption proceedings were complete. Brandon beamed and announced: “Now we’re forever Murphys!”

And now, I am forever thanking God for giving me five miracles all in one day. Being a mom to my five  Murphys is a greater blessing than I ever could have imagined.