Why Pray the Rosary? by Brother John Samaha, S.M. 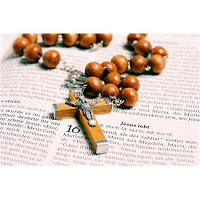 More than a century ago a proud university student boarded a train in France and sat next to an older man who seemed to be a peasant of comfortable means. The brash student noticed that the older gentleman was slipping beads through his fingers. He was praying the rosary.
"Sir, do you still believe in such outdated things?" the student inquired.
"Yes, I do. Don't you?" the man responded. The student laughed and admitted, "I do not believe in such silly things. Take my advice. Throw the rosary out the window and learn what science has to say about it."

"Science? I do not understand this science. Perhaps you can explain it to me," the man said humbly, tears welling in his eyes. 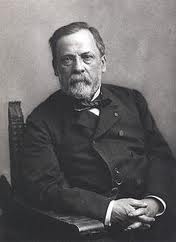 The university student noticed that the man was deeply moved. To avoid hurting the older person's feelings, he said, "Please give me your address and I will send you some literature to explain the matter to you."
The man fumbled in the inside pocket of his coat and pulled out his business card. On reading the card, the student lowered his head in shame and was speechless. The card read: "Louis Pasteur, Director of the Institute of Scientific Research, Paris." The deluded student had encountered his country's leading chemist and the man who would give the world the scientific process that would bear his name--pasturization.

Editor's note: This story is part of the collection in the Amazing Grace for the Catholic Heart.