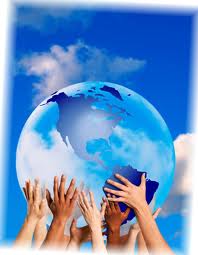 Do you want to rock the world?  Like St. Francis who moved spiritual mountains and Mother Teresa who moved heaven and earth to serve the poor, we can change the world. We would not be here if God did not plan for just that. He put us here to make a difference in every walk of life. 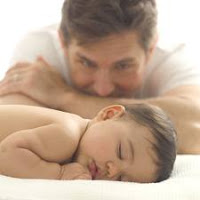 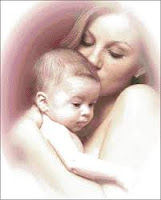 God has a plan for each of us that will reverberate throughout the world and down the generations; a mother who fills her home with love that overflows into the world, a father whose strong example passes down through generations, or someone like Joan of Arc who led soldiers.

The best possible way to make a difference is to say one little sentence:  “Lord, use me according to your will.”  Consider that each of us has a maximum potential for serving God in our lives.  We can ask him to open our hearts to receive the graces to reach our potential.

Behind the Newsmakers
I have been inspired this week, by the story of two different kids who ended up homeless due to negligent parents. These determined kids; David Boone from Ohio and Dawn Loggins from North Carolina became homeless. We are wowed by their determination to overcome huge obstacles and get into Harvard.  As I read the stories, however, I was not just impressed by the students’ success, but by the people who took them in.  In David’s case, a teacher, and also a friend, often gave him a place to sleep in between park benches and the ballpark. Dawn was taken in by her school’s janitor where she also worked cleaning before and after the school day to earn money.  How many of us would have taken in a homeless teen?  If we knew they’d end up on the news for getting into Harvard, would we be more willing to take them in?  There’s only one good reason to do something for someone: out of love for God and our fellow man. 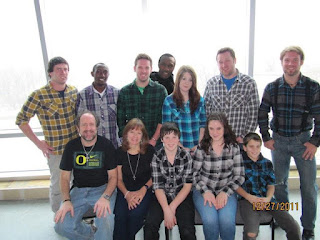 When my husband and I took in a boy from Kenya, it was a risk. Two years later, his younger brother joined us—our tenth child. There were no guarantees but in the end, these two boys immensely blessed us; one is now in medical school and the other has a college running scholarship. Both are wonderful sons.  But they came without guarantees. However, I believe God brought them to us because we opened our hearts to follow his plan. We were no longer doing foster care or considering adoption, but I told God to let us know if there were children he wanted us to take in.  A missionary friend asked us to take in the boys. Surely God took me up on my offer. In the end, our family was humbled by the extent that we received far more than we gave.

Get Fired Up!
There is no shortage of human endeavors that inspire and amaze us. Sometimes it is the small and meek whose littleness creates enormous waves of good will or accomplishments. There are the hidden such as St. Theresa of Lisieux, a cloistered nun who became one of the most well known saints of modern times, St. Margaret Mary who received the Sacred Heart Devotion, and St. Faustina who spread the Divine Mercy messages. There are many prayer warriors who we will never hear about who are making miracles possible. It’s all about letting go and letting God throughout the day and throughout our lives. 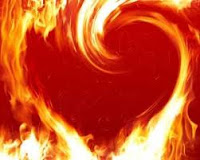 How many of us actually put our lives in God’s hands and tell him, “Lead me on, Lord!”   Getting fired up to change the world is of no value if we do not first ask for the fire of the Holy Spirit to ignite our hearts and lead us down the path God sets for us. Otherwise, human enthusiasm is in danger of misinterpretation when it stands alone.  For whether we save starving children, negotiate a peace plan between two countries, or take our children to a fun day at the park is for God to decide.

In Mother Angelica’s book Mother Angelica's Answers, Not Promises she relates a time when she ended up on the wrong plane and landed in California rather than her intended destination in New York. “There was nothing wrong with the plane, it was a perfectly good plane,” she recounted, “but it wasn’t my plane.”  Likewise, there is perfectly good volunteer work to be done but is it what God wants us to do?  That is for him to decide and for us to ask. 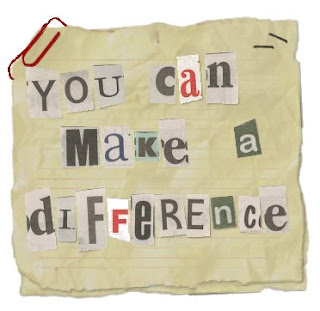 Even a bedridden person can make a difference in the world given the power of their prayers, offering up suffering, and showing love and appreciation to those around him. God has a plan for us all, so get fired up and "Go Make a Difference!"