The Mouth as a Lethal Weapon 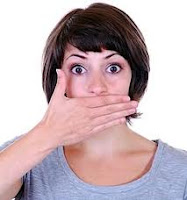 We have all done it--said too much or said the wrong thing and regretted it later.  Too often, opening our mouths releases gossip, complaints, or destructive words.  Our tongue is a concealed weapon—the most lethal. “Do not fear those who kill the body but are unable to kill the soul; but rather fear Him who is able to destroy both soul and body in hell.”  (Matt 10:28).  A gun or knife can wound the body, but inflicts no damage on the soul, yet the tongue can mortally wound it.

In theory, it would seem easy to control our tongue. It’s small and even can be kept locked up simply by shutting our mouths.  Yet, for something that weighs so little, it so often weighs us down in sin.

Talking is one of those things that we should quit while we are ahead. “In a multitude of words, sin is not lacking” (Proverbs 10:19).  I am often guilty of this so I am not pointing fingers. I think women are especially vulnerable because we tend to be sociable and innately talk more than men—not that men can’t also wag a mean tongue.

Our tongues often seem to have a mind of their own and before we know it, we’ve blurted out too much information or something better left unsaid. Sometimes we mask gossip as concern—I’m really worried about her…. or excuse it as a need to vent or confide in someone.  In reality, speaking poorly of someone disrespects their human dignity.

And yet, in the confessional, we need to acknowledge that we have sinned.  I’ve heard some people say that as long as it’s true, it’s not really gossip. Or others know about it anyways, so it’s okay to repeat. But God reads what is in our hearts. If we do not have a valid reason to let someone know about something—information that they need to know to prevent a problem—then spreading scandal or reporting on bad behavior is simply not our God-given task.  For me, I use the standard that if I won’t say it in front of the person or want them to know I said it, then I should not say it at all. Or, consider if you would mind if someone was speaking the same way about you, would you mind?

The Power of Words
Here are some common ways that our words get us into trouble.

* Detraction – repeating something true without a good reason (Sirach 21).

* Racial jokes that encourage hatred or sexual jokes which use impurity for entertainment (Ephesians 5:3-4).

*Sarcasm--a way to put others down and disguise it as humor.

*Criticizing –constant complaining and scolding to vent rather than desire to help another out of love. (Proverbs 21:9).

* Listening to the words of others can be wrong. “An evildoer listens to wicked lips; a liar pays attention to a destructive tongue” (Proverbs 17:4).

God gave us the gift of speech. We use it to praise and glorify him. Our words can evangelize and lift others up in spirit. But talking can also be a waste of time, empty, frivolous, and gossipy.  It can take time away from our family, prayer or tasks we should be tending to. 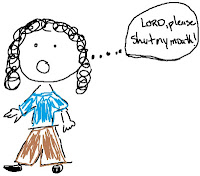 Instead of talking to God, we often seek comfort through venting and say things against people that should be left unspoken.  And once it’s out of our mouth, even trying to take it back does not completely undo bad impressions of those we’ve spoken about and how it reflects on our own character. Through our excessive talking we are also often on the receiving end of listening to gossip and the business of others.

Like any addiction—and talking is an addiction—it’s a day-by-day, ongoing task not to overindulge. For many, the first step is to recognize the times we let words lead to sin. This might mean asking God to reveal these times and asking him to help us use our speech appropriately.  Many years ago, I had to confront one of the ways I was working to help support our family. I was writing articles for "The National Enquirer"--a tabloid newspaper that thrives on gossip and detraction. As I grew deeper in my faith and sought to live consistent with Catholic teachings, I decided to walk away from the money to save my soul. In God's Divine Providence, a better job fell into my lap.

Another way to stop misusing our speech is to avoid situations that often lead to gossip. Going out for coffee, talking on the phone too long, and other socializing occasions might be the times we are most guilty of using our tongue as a weapon.  Avoid these situations altogether or cut them short. If those around us begin to gossip, counteract by saying something positive or laying it on the line:  “I’m really trying to stay away from gossip,” then change the subject. 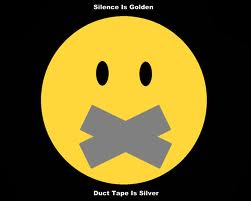 We can also pray for the gift of silence to St. Raymond Nonnatus a patron saint  against gossip and sins of the tongue. He was a priest in Spain during the Eleventh Century.  When Saint Raymond gave himself in ransom for prisoners in Algiers, his lips were pierced with a red-hot iron and closed with a padlock to prevent him from preaching Christ.
Through confession, our sins of the tongue will be absolved and we will receive graces to avoid them in the future.  If additional incentive is needed, here is thought to keep in mind: It is better to remain silent and let people think you are dumb than to open your mouth and remove all doubt.