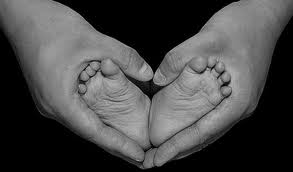 It had been more than a year since Casey was stillborn, and it seemed Steve and I would never be able to have the third child we wanted so badly. The nurse in the doctor's waiting room was used to seeing me there. She knew how hard we had tried since losing Casey. I guess that's why she just couldn't resist giving me a sly grin while practically singing her words, "The doctor will be right with you … and I think you'll like what she has to say."

The poor thing had no idea what I was really going through. The doctor came in to share my dilemma. I was pregnant all right. And neither of us was smiling. We both knew that I had been raped.

The Unthinkable
What should have been glorious news instead brought devastation of heart, and memories of a brutal attack by a total stranger.  Sitting there, I relived the night it happened. My husband had gone to church for a late-night meeting. I was so tired. The boys were tucked in, and I had gone to bed before Steve left. Sometime later, the light came on in our room. "Honey, turn off the light," I muttered in a sleepy grog. The light went out, but there was a sense that he was just standing there in the dark, and that was annoying. I opened my eyes to see the shadowy figure of a man in the doorway. It was not my Steve.

I bolted up in bed but was promptly warned not to make a sound. Thinking of my two small sons, I complied. But the next moments were excruciating in every sense. At first I wailed, I begged; I offered to pray for the stranger who controlled my body, my life. But with a knife at my throat and threats aimed at my children, I silently endured a humiliating violation of my person. I was raped within the darkened walls of my own home--in the bed I shared with my husband.

Aloud, I asked God to forgive the man, and for a moment he stopped. I wondered whether he was feeling conviction for his sin and was going to leave me alone, or kill me. He did neither. He resumed his attack.

The trauma of rape is great. The horrifying moment grasped and exposed every hidden thing in my heart and life, from the present personal shame to deep-seated inferiority, and even the growing marital discord between Steve and me. Rape exacerbates these things, and chips away at anything that is out of order or not built on solid ground.

The Morning After
To have my doctor tell me that I had conceived was like hearing a judge sentence me to carry a lifelong reminder of the rape. My trust in God was shaken. It's easy to chant pro-life songs when you're standing in front of an abortion clinic holding a cardboard sign. But the melody is different when you're on the other side of the poster, faced with the reality that your life is about to change dramatically—forever.

I guess that's why I took the Ovral--a pill that prevents a fertilized egg from implanting itself into the womb. It's regularly given to rape victims, quite literally to keep a potential life from taking hold.

My doctor gave me the Ovral, emphasizing the impracticality of raising a child of rape, and bringing up the "just a blob of cells" line more than once. Realizing that a fertilized egg was a human embryo, I refused at first, citing that it was potentially the same as abortion. But a surprising majority of Christian friends and family members sided with the doctor. My pastor. My mother. Steve.

We were all repeatedly reminded that pregnancy was a long shot and that taking the Ovral was just a precaution, just to ease my mind. The case for taking the preventative was capped with reminders that the child would not look like Steve. She would be half African American.

"People will think you cheated!"

"You'll see that man's face in that child every day!"

"Do you want to tell the world you were raped? Because that's what you'll have to do."

I took the Ovral before the 72-hour window had closed. Then I tried to forget about it. Of course, that was impossible with the impending fear of AIDS and the growing animosity between Steve and me.

The Baby Lives
And then, to my dismay, we discovered that the Ovral hadn't worked. I was pregnant. It seemed my world had fallen apart, and the journey to a normal life would take a much longer time than I thought. Perhaps I would never overcome this.

Thank God, I didn't test HIV positive, but my doctor still advised a six-month abstinence from intimacy with Steve, until we were certain that the virus was not lurking in my body. The abstinence didn't bother me since I had no interest in intimacy but it added to an already strained marital relationship.

We decided we should let the child be adopted, and spare ourselves all the added strain of trying to love and raise a reminder of the vicious attack. We even began making arrangements with a kind couple in our church who desperately wanted a baby.

God seemed so distant, so cold. Why had he allowed me to be raped in my own home as my babies slept in the next room? And why had he allowed my third child to be conceived in this way, instead of within the sanctity of marriage, as Steve and I had planned?

But God was there. Although sin had its run, God was there. We just had to be reminded that He is not a God of easy fixes. Steve and I became desperate, and sometimes it's that human desperation that drives us to God. We know Him; we love Him; we say we trust Him. But sometimes, we do not cleave to Him as the lover of our souls until we find ourselves completely helpless.

As for the fairness of being victimized, we have to realize that ever since sin began there have been victims. Cain slew Abel (Gen. 4:1-8). Amnon raped Tamar (2 Sam. 13:1-22). But what should the victims and their families do with their pain? Do they resort to their own devices, or do they give it to God and His will?

Gradually, as the child in my body grew, both Steve and I began to change. It was a spiritual work. We grew attached to the little life inside me and delighted in its movements, just as we had marveled at the evidence of life when I carried Chad and Simon. This child was alive! It was a miracle that the child had escaped death.

It became clear that the baby was God's child first, and it was as innocent as those conceived any other way. We grew astonished and ashamed that we could have ever imagined not keeping the baby. We continually repented of our lack of trust in God; of putting our hand to the situation when it should have been left to God all along, and when we discovered the child was a girl, it became even more special. I particularly had wanted a daughter. The adoption was off.

When Rachael was born, a light went on in our family. We learned the true meaning of the Father's love. He looks upon us with more than acceptance-He embraces us wholeheartedly, because He has called us His children. "For you did not receive the spirit of bondage again to fear, but you received the Spirit of adoption by whom we cry out, 'Abba, Father'" (Rom. 8:15). And in that spirit, Steve embraced Rachael as his own, and we have since adopted a wonderful older son, Deshawn. Today, we celebrate nine wonderful years with Rachael, our only daughter. It seems like a bad dream now that we ever considered living without this amazing little girl. She is a constant reminder to us, not of rape but of the startling beauty one can find hidden in tragedy.

Heather is a bestselling, award-winning author and international speaker and blogger: http://www.thisheather.com/.  The above story was originally published in Christianity Today.   She lives in Indiana with her husband.  Together they have six children.


Get a 10% discount when you buy a copy of Amazing Grace Survivors in which this story was taken, by putting in the discount code: Catholic10 when going to The Catholic Company