The Prophecies and Miracles of Pope Paul VI 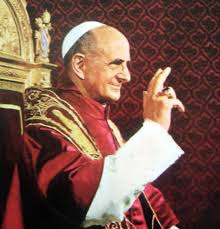 When Blessed Pope Paul VI wrote his encyclical Humanae Vitae on July 25, 1968, he neither claimed to be a prophet or saint. Time has proven him to be both.
His predictions of what marriage and society would suffer if the use of contraception became widespread has come to pass. And now, a second miracle has cleared the way for his canonization. The  Congregation for the Causes of Saints approved the miracle  by a unanimous vote on February 6. Both miracles involved the healing of an unborn baby.

In 2014, a  pregnant mother was advised to get an abortion because of an illness that risked her life and that of her baby. A few days after the beatification of Paul VI, on Oct. 19, 2014, she traveled to the Shrine of Holy Mary of Grace in the town of Brescia, Italy.  A healthy baby girl was born months later. Doctors had no scientific explanation for ow this was possible.
The first miracle occurred in the 1990s in California. According to reports, doctors advised a pregnant woman to have an abortion because her own life was at risk and the unborn baby would either not survive or be born with brain damage.  Instead, the mother sought prayers from a friend, an Italian nun, who placed a holy card with Pope Paul’s photograph on her belly along with a piece of vestment he had worn. The baby was born healthy and is a healthy adult today.
The miracles affirm the teachings the Pope had clarified in his July, 1968 encyclical which continued the Church's prohibition of contraception. The Pope was merely doing what all Pope’s had done since the time of Peter, act under the power of the Holy Spirit whom Jesus promised to send to guide the Church "into all truth" (John 16:12–13).
Prophetic Words
Pope Paul predicted a lowering of morality and increase in infidelity for living outside of that teaching. We’ve seen that as marriages and the respect for women and the unborn has plummeted and governments are redefining marriage to include same-sex couples.  He also warned that oppressive governments could force contraception and abortion on women. We’ve seen that clearly with China.  And just last year the United Kingdom levied a financial penalty for more than two children.
The Pope had warned that men would cease respecting woman as cherished marriage partners and instead treat them as “mere instruments of selfish enjoyment and no longer as his respected and beloved companion.”
However, good that comes from abiding by the Church’s teaching, he said, even though it requires self-discipline. The Pope believed this was possible, especially with the help of sacramental graces.
While contracepted sexual intercourse casts women as objects for enjoyment, using natural family planning requires a respectful relationship between marriage partners. Studies have shown that couples practicing natural methods that are in union with God’s plan for creation, have a very low divorce rate.  It is also as effective for family planning as the most effective form of contraception.
A Letter from Padre Pio
Three months after the release of the encyclical, Padre Pio wrote a letter to Pope Paul VI.  The message from one future saint to another, was published in the Vatican’s newspaper, L’Osservatore Romano 10 October 1968. 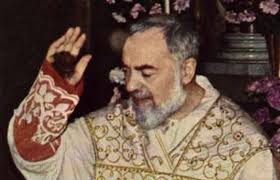 In part it said: “I know that Your heart suffers much these days on account of the happenings in the Church: for peace in the world, for the great needs of its peoples; but above all, for the lack of obedience of some, even Catholics, to the lofty teachings which You, assisted by the Holy Spirit and in the name of God, have given us. I offer Your Holiness my daily prayers and sufferings, the insignificant but sincere offering of the least of your sons, asking the Lord to comfort you with His grace to continue along the direct yet often burdensome way—in defense of those eternal truths which can never change with the times.
In the name of my spiritual sons and of the "Praying Groups" I thank Your Holiness for the clear and decisive words You have spoken in the recent encyclical, "Humanae Vitae", and I reaffirm my own faith and my unconditional obedience to Your inspired directives.”
During his lifetime, Padre Pio manifested many spiritual gifts including the gifts of healing, the stigmata, levitation, prophecy, bilocation, and miracles. This very holy priest referred to Pope Paul’s confirmation against contraception as “defense of those eternal truths which can never change with the times.”
Despite the failings of humans within the Catholic Church, we can have confidence in her consistent teaching. For those that leave the fold and wander far astray, they end up in very strange lands. For instance last month  four Christian pastors and a rabbi blessed a late-term abortion facility in Maryland declaring it a “holy” space.
They have lost both their minds and spiritual sense. Destroying God’s creation is a most un-holy act. It is the devil’s scheme against God and man. Blessed Pope Paul VI, pray for us.

~~~~~~~~~
For more inspiration check out Patti's latest book: Holy Hacks: Everyday Ways to Live Your Faith & Get to Heaven. Other books include:  Big Hearted: Inspiring Stories from Everyday Families and the best-selling Amazing Grace Series.
Follow Patti at Twitter and Pinterest, like her pages at Holy Hacks, Dear God Books,  Big Hearted Families,  Catholic News & Inspiration on Facebook, and her author Facebook page.  To receive articles in your inbox, sign up at the right column. Thanks for stopping by.  God bless you!!