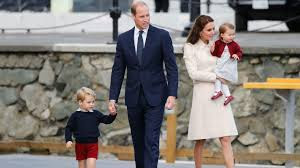 Two things that I admire about the Duchess of Cambridge are her beautiful lace wedding dress and for having a third child.


Before I continue, let me state that I am not judging families with 2 children. I don’t know which families were in union with God’s will and landed on 2 and which simply went with today’s most popular number, so that’s not my affair.  The fact that my husband and I had a surplus of children—8 born, 1 miscarriage, and 2 adopted—means that a wide swath of opinion makers think we don’t deserve to have an opinion or even a driver’s license being as simple minded as we are.  So be it. 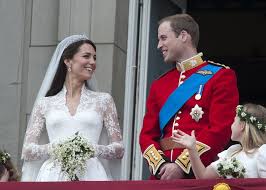 It’s jolly good news, however, that William and Kate Mountbatten-Windsor (bet you didn’t know that was their last name) are expecting a third royal.  Even if children are not your cup of tea, it’s another soul for all of eternity.  It is a bit ironic though, that the announcement of a third baby comes in the same year their government deemed third babies to be a luxury that not every family deserves.

Children as a Luxury
The government of the United Kingdom began limiting the child tax credit in April of this year, to only the first two children. It wants "people on benefits to make the same choices as those supporting themselves solely through work."
Exceptions are:
§    Adoption
§    Those involved in kinship care
§    For multiple births.
§    Those conceived in rape
Pregnant woman are unable to claim tax credits for any child conceived after her first two with the exception of a child born as a result of "non-consensual conception" or if she was in an abusive relationship. This is known as the so-called “rape clause."
An eight-page “rape assessment” form must be filed and countersigned by a third party professional to whom the assault must be disclosed. Continuing to live with the child’s father will render her ineligible for support.
Not all agree with this callous policy that hurts women and children the most. It essentially deems some children less worthy than others. A third child born into a poor family or middle class family will bring down the standard of living for them all.  Poor families and single mothers that are already scraping to get by, will be under more than the usual pressure to abort.

Elitist Thinking
To say that the poor should “make the same choices as those supporting themselves solely through work” shows an elitist disgust for the poor as underserving and ignorant and relegates every pregnancy to being planned. Or else. It is also going to affect middle class families, open to life, but without a big budget for "luxuries."
The contrast of William and Kate’s baby news reveals that the government considers some more worthy of reproduction. It bespeaks of the notion that the wealthy are gifts to society that deserve to procreate while the poor are parasites.
This is a pity. After all, every baby is a potential taxpayer and the royals would not live so high and mighty without benefit of taxes. And when it comes time to line up at the pearly gates, royal souls will be in the same line with lepers, prostitutes and tax collectors. No bodyguards and not even a spot in the front of the line will be their due.
I applaud the news that Duke and Duchess are expecting a third child.  I hope they have a dozen of them—more priceless souls and something to throw the media into a frenzy. 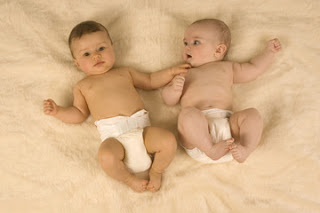 Children are society’s most valuable resource. They are the future.  They are cute and adorable and even when they grow up, God will still find them precious in his sight. But one soul, even if they live in a palace, is not more valuable than another soul, even if they live in a slum.
As far as a third child being a luxury, the royal child will likely be a bigger consumer of goods than a non-royal. William and Kate’s child will not be wearing rummage sale clothing or worried about the grocery bill. Whose baby will cost more, theirs or yours? Theirs. Which baby will be worth more?  They will be equal in God’s sight.  How sad that they are not equal in the sight of the UK government.


For more inspiration check out Patti's latest book: Holy Hacks: Everyday Ways to Live Your Faith & Get to Heaven. Other books include:  Big Hearted: Inspiring Stories from Everyday Families and the best-selling Amazing Grace Series.
Follow Patti at Twitter and Pinterest, like her pages at Holy Hacks, Dear God Books,  Big Hearted Families,  Catholic News & Inspiration on Facebook, and her author Facebook page.  To receive articles in your inbox, sign up at the right column. Thanks for stopping by.  God bless you!