The 21-year Wait for Mother's Day 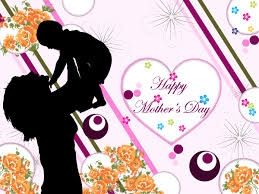 Carrie Olson originally told this story about her renewed marriage and then a 21-year wait for motherhood in Amazing Grace for Mothers. Here is an adaptation of it.

When Carrie Olson played baby dolls as a little girl, she never doubted that one day it would be for real. But shortly after her marriage to Bob, she stopped thinking about having children. Instead, she wondered, “What have I done?”
Married at eighteen to a 23-year-old alcoholic, her life became a nightmare. Many nights were spent home alone since she was not old enough to accompany him to the bar. After four years, she finally left him.


But several months later, Bob came by her apartment and they had a big argument. He left promising to kill himself. A couple of friends found Bob after he had shot himself in the chest, but he was still alive. They put him in the back seat of their car and asked Carrie to take him to the hospital.  The friends could not drive because their licenses were suspended for drunk driving.
At the emergency room, the doctor said Bob would unlikely make it through the night. But by morning, when Carrie visited him, Bob was still alive and remarkably, doing well.
Renewed in Christ
“Bob told me that while he lay on the table in the emergency room, he prayed to God to take away his alcoholism,” Carrie said.  Later, he asked for a Bible. For perhaps the first time in his life, Bob began to read God’s Word. He was fully aware that if not for the grace of God, he would be dead by his own hand.  Now, he vowed, whatever time he had left would be lived for God. Carrie learned later that after Bob shot himself, before he passed out he had prayed, “Oh God, don’t let it end this way.”
Doctors determined that he would need a minimum of two weeks more to recover in the hospital. On day three, he was taken for X-rays and was mended beyond scientific explanation. Two days later, Bob was released, totally healed.
Bob was a new man, but Carrie was cautious. He had disappointed her too many times. They began dating; initially going to church. Bob never drank or used drugs again and God became the center of their lives. They were changing together and their marriage found a new life in Christ, falling in love all over again—this time rooted in Christ.
Desiring a Family
Once they felt secure, they began desiring to have a family. But month after month, parenthood eluded them. “I carried the deep pain of barrenness daily, but it became especially overwhelming at Mother’s Day,” Carrie said.  “At church one Sunday, a special tribute was given to moms, asking them to stand and be blessed.  The pain crushed me.  I ran out of the service and cried for the rest of the day.”
Finally, after a year and a half of seeing a fertility specialist, Carrie was pronounced sterile.  “Lord, what is going on?” she cried. “You restored our marriage and now we are ready to accept a child.  I believe in my heart that you have promised us a child!”
Often, during sleepless night, she turned to Scripture. The feeling that God would give her child remained, but year after year, there was no baby.
“Surely,” she thought, “one day I will have a child to be thankful for and dedicate to God. This assurance also grew in Bob. “But how and when?” she wondered. They looked into adoption but we both had a strong sense that it was not God’s will for them.
For eleven years, they were foster parents. One boy in particular won their hearts, but they were crushed when it turned out they could not adopt him.
“Lord, why is there no one for us?” I cried out to God. “Why have we felt so strongly that you have a child for us?”
For so many years, friends and even pastors counseled Carrie to accept that she would not bear a child. But the stubborn feeling that one day she would be a mother refused to leave her.
Shortly after she turned 39, a number of symptoms indicated to Carrie that she might be pregnant but it was more likely to think that menopause was starting or something more serious. Since a relative had just been diagnosed with cancer, Carrie went to see a doctor when the symptoms persisted. In the recesses of her mind, the thought of a pregnancy still flickered.  After all, with God all things are possible, she thought.
When the nurse called later in the day to tell Carrie that she had tested positive for pregnancy, she was stunned. “I’m pregnant after 21 years of marriage!” she thought ecstatically. “Could it really be? Me? Pregnant?” Carrie shakily dialed Bob’s work number. “Bob, I’m pregnant!” she screamed.
The realization that Bob would become a father for the first time after 21 years of marriage was overwhelming.  He took the rest of the day off work so they could celebrate.
Hannah—which means “grace of God”—was born on February 4, 1997. She is now a beautiful, 20-year old, loving daughter.  “We have dedicated her to the Lord and never stop thanking Him for this indescribable blessing,” Carrie said. “And we are in awe at our daughter’s spirit-filled enthusiasm for God. Those 21 years were worth waiting for Hannah, our child of promise.”

~~~~~~~
For more inspiration check out Patti's latest book: Holy Hacks: Everyday Ways to Live Your Faith & Get to Heaven. Other books include:  Big Hearted: Inspiring Stories from Everyday Families and the best-selling Amazing Grace Series.
Follow Patti at Twitter and Pinterest, like her pages at Holy Hacks, Dear God Books,  Big Hearted Families,  Catholic News & Inspiration on Facebook, and her author Facebook page.  To receive articles in your inbox, sign up at the right column. Thanks for stopping by.  God bless you!