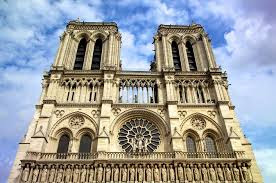 Nothing says higher learning these days like plugging your ears and running away. This past weekend around 150 graduating seniors from the University of Notre Dame ran—well, walked at a serious clip—from their own graduation ceremony as commencement speaker Vice-President Mike Pence took the stage.

See the young exiles here fleeing the graduation ceremony. The protest was planned by We StaND For, a student group that announced on May 21 that it was planning a walkout during commencement exercises.
To be fair, I would not have attended the commencement speech by former President Obama because my views on life and his on ending life are so diametrically opposed.  Call me a hypocrite then if you will, but for me, human life trumps (no pun intended) all else.
The protest against Pence, according to the student group, was in response to "marginalized people affected by Pence's politics.” I’m guessing those same people would not have walked out on a pro-abortion advocate. So give me a break on showing solidarity with the marginalized.


In his introductory speech, President Rev. John I. Jenkins appealed to everyone. “We must find a way to protect the life of the unborn child, and respect the rights of women, particularly those who are most vulnerable and alone.  We must support our LGBT sisters and brothers, and respect freedom of religion and the wisdom of their traditions. We must welcome those in our community, those who want to contribute to our nation, even when they are undocumented, and establish and enforce just immigration policies and laws.  We must welcome with charity refugees fleeing the ravages of war, and keep our nation safe from the scourge of terrorism.”
He rebuked, however, what he called passions being twisted into hatred for those who disagree. “Opposition to their views becomes opposition to them,” he said. “And so we dismiss an opponent’s views before taking time to listen and understand.”
Father Jenkins said that at Notre Dame, “we must strive for something higher.” He then praised the vice-president for giving his life to serve the common good and listed many accomplishments.  “Even those who disagree with Mike Pence recognize him as a man of principle,” he said.  “I do as well, and am proud to call him a friend.”
Then Father Jenkins welcomed the 48th vice-president on behalf of the University of Notre Dame.  There was applause and the abrupt departure of students who showed themselves to be the very example of what Father Jenkins had just warned against.  They were smart enough to graduate from Notre Dame but not smart enough to realize  how bad mannered, juvenile, and intolerant of anyone that does not agree with them.
His Speech
Pence was otherwise greeted warmly and some even booed the protesters. During his speech, Pence said: “While this institution has maintained an atmosphere of civility and open debate, far too many campuses across America have become characterized by speech codes, safe zones, tone policing, administration-sanctioned political correctness — all of which amounts to nothing less than suppression of the freedom of speech.”  He described the atmosphere of policing speech as "destructive of learning and the pursuit of knowledge.”
Pence expressed support for Notre Dame president Father John Jenkins’ “steps to ensure that this university and the Little Sisters of the Poor could not be forced to violate their consciences to fully participate in American civic life…. And where this president stood for the unalienable right to life at home and abroad, I'm so proud that the University of Notre Dame has stood without apology for the sanctity of human life."
Confused

I think that these graduates, imaging themselves to be bold cultural warriors, have failed to absorb Catholic truths. For instance, one of their issues, abortion, they also see women’s rights as excluding the right to life.   We can’t rewrite the creation story nor can we take away anyone's right to life regardless of what anyone else says.
Those graduates imagine themselves to be bold, cultural warriors.  Instead, they made bad examples out of themselves and missed their graduation ceremony for no good reason. They still have a lot of learn.
~~~~~~~
For more inspiration check out Patti's latest book: Holy Hacks: Everyday Ways to Live Your Faith & Get to Heaven. Other books include:  Big Hearted: Inspiring Stories from Everyday Families and the best-selling Amazing Grace Series.
Follow Patti at Twitter and Pinterest, like her pages at Holy Hacks, Dear God Books,  Big Hearted Families,  Catholic News & Inspiration on Facebook, and her author Facebook page.  To receive articles in your inbox, sign up at the right column. Thanks for stopping by.  God bless you!
Posted by Patti Maguire Armstrong