How to Make Fasting Not a Diet 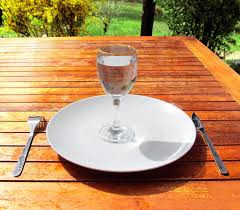 What did Jesus do prepare for his public ministry? He went into the wilderness to fast for forty days.  It was not a diet.  That might sound crass but it’s tempting to look at spiritual fasting as a convenient opportunity to also go on a diet.


Dieting is about your body and health and fasting is about your soul.  It has the power to defeat evil, strengthen our prayers, and draw us closer to God.  When we fast, we follow the example of Jesus who utilized the power of fasting before going public.

Separate Dieting from Fasting
Even if we are convinced of the value of fasting, how can we be sure that our motivation to fast doesn’t get mixed in with dieting?  The fact that weight loss could result from a fast doesn’t have to rob it of its spiritual power.
This is how I keep fasting out of the realm of dieting.  Diets don’t require losing the satisfaction of the food.  As a matter of fact, making a tasty meal is encouraged when dieting.  When I’m fasting, I make eating about survival and not about enjoyment.
To fast, I eat what I don’t prefer.  I sometimes use a high protein bread to fast, but for me, the point is going hungry for a time and also not getting enjoyment out of my food.  For instance, not putting dressing on a salad or eating a plain hard-boiled egg and a piece of bread gives me sustenance but not much satisfaction. 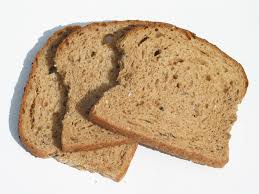 The point is to define your motivation and then identify how your fast will be different from a diet.  I once heard a priest speaking about fasting say that in the Bible, fasting always referred to food.  He said it’s fine to give up other things, but doing without food in some way, is the expectation of fasting in Scripture.
Fasting is one of the three pillars of Lent along with prayer, and almsgiving, but only fasting requires physical discipline and endurance. We feel the personal sacrifice in our body, just as Jesus felt his Passion.

Examples in Scripture
Jesus said in Matthew 6:16: “When you fast...” not “If you fast...” The first Christians fasted (Acts 13:2-3; 14:23) but it was nothing new. Moses and Elijah had done the same. Fasting and putting on sackcloth saved the city of Nineveh from destruction in the book of Jonah. King David said, "I humble myself through fasting” (Psalm 35:13).
Kings and presidents once called on their entire country to fast.  President John Adams proclaimed a day of fast and abstinence in 1798 when France threatened war. War was avoided. President Abraham Lincoln proclaimed a national day of fasting in August of 1864 during the Civil War.  The tide turned.
"Prayer is good with fasting and alms, more than to store up treasures of gold" (Tobit 12:8).
"Know ye that the Lord will hear your prayers, if you continue with perseverance in fastings and prayers in the sight of the Lord" (Judith 4:11).
"But this kind [of demon] can be cast out in no other way except by prayer and fasting" (Mark 9:29).

During Lent a couple years ago, Archbishop William Gob  of Singapore, called on all of Singapore’s 200,000 Catholics to fast each Friday on bread and water to promote the New Evangelization. “For prayer to be effective, it must be accompanied by fasting,” he wrote. “We learn this from Jesus, our model in evangelization, by looking at how he prepared his ministry, going into the wilderness where he fasted for 40 days.”
Archbishop Gob emphasized that adding fasting to  “devout and fervent prayers” is the only way to defeat the "hostile secularism" that is undermining society. He also credited fasting with removing obstacles while cleansing us from sin.
But for it to bear fruit, Archbishop Gob said fasting should be a source to open our hearts to God and show mercy and charity to others. He recommended doing it in union with others to benefit from encouragement and mutual support and to pray and read Scripture together.  He also suggested using mealtimes to pray or go to Eucharistic adoration.
~~~~~~
Follow Patti at Twitter and Pinterest, like her pages at Dear God Books,  Big Hearted Families,  Catholic News & Inspiration on Facebook, and her author Facebook page.  Sign up at the right column to receive articles in your inbox.  God bless you!