God not only became one of us, but he was born into a family with parents: Our Blessed Mother Mary, and a father, St. Joseph.  There’s no escaping the message that families are intended to be holy places for children to grow and prepare to enter the world.


The Fourth Commandment orders us to: “Honor your mother and father that your days may be long in the land which the Lord your God gives you.” (Ex 20:12).  It’s actually the only commandment with a promise attached to it.

Oh, how the value of that commandment has become obvious to us now that we are parents.  Too bad we did not esteem it when we were children ourselves. I sometimes wonder if some of the challenges I’ve faced as a parent are connected to my mother’s words coming true:  “I hope that one day you have a child just like you.”

At the time I thought, “Cool, I wouldn’t mind.”  But with the experience of motherhood, I sometimes wonder if it’s payback time now.  If the adage, “What goes around, comes around,” has any validity, then I certainly never deserved compliant, docile children.  There are no do-overs on childhood, so repentance and prayers and some make-up behavior if our parents are still alive, is the best we can do now.

After being retrieved in the temple by Mary and Joseph, “He was obedient to them. (Luke 2-51).   Yes, God was obedient to two humans, creatures that he created and was infinitely more powerful than.  But these were his parents, so he obeyed them as an example to us.

The Fourth Commandment puts order into a family but it also puts an incredible responsibility on our shoulders as parents.  The reason our children are suppose to be obedient to us is because we are taking the place of God here on earth.  Those are big shoes to fill.  We are not God, but we need to be as close as we can when it comes to our behaviors as a parent because we are suppose to be a reflection of Our Loving Father in the lives of our children. 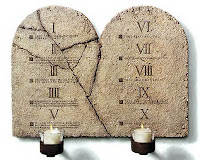 According to the Catholic Catechism, the Fourth Commandment, “shows us the order of charity.  God has willed that, after him, we should honor our parents to whom we owe life and who have handed on to us the knowledge of God.  We are obliged to honor and respect all those whom God, for our good, has vested with his authority.”  (2197)

Not only is it our duty to parent in union with God but to respect all those whom God has vested with his authority.  As adults, we must still respect our parents, although we are no longer in a position where we must be obedient to them.  Also, the fact is that all parents are not religious or providing good examples. Now that we are the parent, it is up to us to be the example to our own children and in some cases to our parents.  There may even be resistance. Although most usually imagine it’s the grandparents urging the parents and grandchildren towards church, it does also happen that adult children, not raised with religion, are resisted and even persecuted for following their religious values.  Still, we must respect our parents, even if it means disagreeing with them.  By praying for them and responding always out of love, we show them respect even when there is dissension. 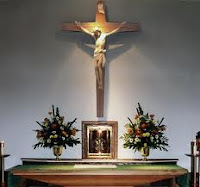 That still does not leave us off the hook when it comes obedience.  To honor and respect those vested with God’s authority means that we must obey the authority of God in our lives. Just as our children are not honoring us when they disobey us, so too, we are not honoring God when we disobey him.  Remember, Jesus told us that he would not leave us orphans.  He left us his Church to guide us.  God’s fatherly and motherly care comes to us through the guidance of his church and all its teachings.

If this line of reasoning is leading you down a path you had not expected or wanted to go, it might be that you are finding a place to start the spiritual healing in your family.  You cannot stand in authority over your children and demand obedience from them and then turn around and refuse obedience to our Heavenly Father.

The commandment to honor and respect is put in positive terms.  We are not being told not to do something.  Instead, we are given a duty to fulfill.  The subsequent commandments follow concerning life, marriage, speech and earthly goods.  The order of the commandments goes from relating directly to God in the first three--to hold God above all things, not to take his name in vain, and keep his day holy.  Then, the next step is to the authority of parents before proceeding to commandments that follow the rest of our daily encounters.

According to the Catholic Catechism, “The Fourth Commandment is addressed expressly to children in their relationship to their father and mother, because this relationship is the most universal.  It likewise concerns the ties of kinship between members of the extended family.  It requires honor, affection, and gratitude toward elders and ancestors.  Finally, it extends to the duties of pupils to teachers, employees to employers, subordinates to leaders, citizens to their country and to those who administer and govern it.

“This commandment includes and presupposes the duties of parents, instructors, teachers, leaders, magistrates, those who govern, all who exercise authority over others or over a community of persons. (2199)

So, becoming an adult does not let us off the hook, even after our parents are deceased.  In a way, it can make us feel like we are still children, always needing to obey.  But that is a good thing. "Truly I say to you, unless you are converted and become like children, you will not enter the kingdom of heaven. (Matt 18:3).
###