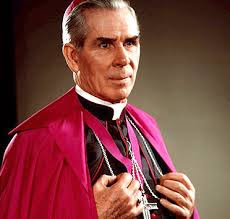 Archbishop Fulton J. Sheen mesmerized audiences. He was not afraid to speak the truth. More importantly, people were not afraid to hear it.

His  inspirational American television series, Life is Worth Living  ran on the Dumont Television Network from February 12, 1952, to April 26, 1955, then on ABC until April 8, 1957. Archbishop Sheen’s talks are timeless and prophetic such as one of his talks transcribed below that addresses the world we live in today.

There’s a new kind of violence sweeping our country, our schools, our streets…it involves the destruction of everything that is in the past.

Elitism, a dominant minority that makes a lot of noise and uses violence to influence others. They only know what they are against and not what they are for…destroy property, burn homes, do anything to enforce their will.

Before the flood in the book of Genesis we read: “And in the days of Noah, there was violence upon the earth.” All of the violence that happens within our country is a fever graph. It points to a decay in our civilization. How are we going to get out?

I’ll tell you one thing, we have to realize maybe why the eagle is our symbol. The eagle always builds its nest always in the mountain crevices. When the mother pushes the young eagles out of the nest down out of the nest to what must seem like certain death, the mother swoops down the abyss and catches the young and flies up into the sky and repeats the process until the bird has learned to fly.

Maybe God is stirring us, bringing us to the brink of danger in order that we might begin to examine ourselves and restore the dignity of man and belief in God.