Is the New Testament Too Controversial for Christian Schools? 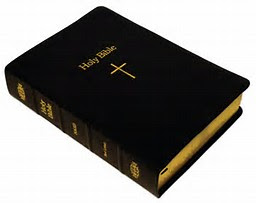 As the culture moves left of left, there’s nary room for Christianity even in Christian schools these days. Seriously, would Jesus even be able to get a visitor's pass in school?


CBCNews recently reported controversy at a Christian school southeast of Edmonton because some people want to censor parts of the Bible. Not to add fuel to the fire, but since it’s burning over in Canada, I suspect the smoke is going to reach the United States soon enough.
Several Bible verses were planned to be included in a handbook for students at the Cornerstone Christian Academy in Kingman, Alberta. But some trustees from the school district deemed the verses contrary to their human rights legislation. It’s complicated because the Christian school has formed a partnership with the public school district although the goal of diversity is supposed to allow them to keep their identity.
It was reported that Deanna Margel, board chairwoman of the Cornerstone Christian Academy Society, fears the district board will limit what Bible verses the school can teach.
This is a good time to interrupt this story for an important lesson. Whenever religion is mentioned in public life or government today and people cry, "Separation of Church and State!" tell them to learn their history.  Those words don’t appear in the e U.S. Constitution or even in the first amendment. The first amendment reads... "Congress shall make no law respecting an establishment of religion, or prohibiting the free exercise thereof..."
The statement about a wall of separation was about government staying out of religion or prohibiting the free exercise thereof…”in a letter on January 1, 1802, by Thomas Jefferson to a church (the Danbury Baptist Association of Connecticut).
That’s just the US.  In Canada, however, freedom of religion is a constitutionally protected right. The Fundamental Freedoms section of the Canadian Charter of Rights and Freedoms allows believers the freedom to assemble and worship without limitation or interference. But agendas trample over rights when hurt feelings or spiritual challenges are involved.
Getting back to Margel, she said that after six weeks of talks, the school had agreed to drop the verses from the handbook. That didn’t seem right to her so she is the one who alerted parents about this plan.
The verses were to be part of a Scriptural footnote in the school's updated statement of faith. One reference, from 1 Corinthians, suggests that neither "fornicators, nor idolaters, nor adulterers, nor effeminate ... shall inherit the kingdom of God." Another verse from Galatians refers to adultery, fornication, uncleanness and lasciviousness.
Now it all makes sense, right?  But “diversity” is a goal in Canadian education.
The Justice Centre for Constitutional Freedoms, an organization that works to protect free speech, is helping the school. President John Carpay said, "When the board starts to try to dictate that Scriptures that some people might find offensive cannot be taught in the classroom, that's going completely contrary to the goal of diversity, which is to have schools that are actually different from each other.”
Now the relationship between that school and the board is up in the air. "There shouldn't be restrictions on what's considered offensive," said Margel. "That's a violation of freedom of expression and freedom of speech."
At last Thursday's meeting, the board was planning to update the public that the academy had agreed to refrain from using the Scripture. Instead, public school board chair Laurie Skori complained that the situation had become public.
"We are now at the center of a firestorm as a result of information distributed without our knowledge, by the Cornerstone Christian School Society board and their partner in this process, the Justice Centre for Constitutional Freedoms," she said.
“The Cornerstone society has compromised our reputation, risked our safety and broken our trust," Skori told the media.
Hate mail and outrage are flowing from both sides.  No school enjoys that.   It would be wrong to use Scripture to bully or promote hatred, but it's also wrong to ban the hard teachings that are inconvenient.
Another meeting is planned for the end of the month.  And what are you guessing will be the outcome of all this?  Stay tuned.


For more inspiration check out Patti's latest book: Holy Hacks: Everyday Ways to Live Your Faith & Get to Heaven. Other books include:  Big Hearted: Inspiring Stories from Everyday Families and the best-selling Amazing Grace Series.
Follow Patti at Twitter and Pinterest, like her pages at Holy Hacks, Dear God Books,  Big Hearted Families,  Catholic News & Inspiration on Facebook, and her author Facebook page.  To receive articles in your inbox, sign up at the right column. Thanks for stopping by.  God bless you!
Posted by Patti Maguire Armstrong