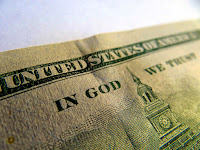 Dear Hillary,
You are only running for president. The position of God is already filled.  Despite your April 23 speech at the Women in the World Summit, you cannot overturn his 5th Commandment: Thou Shalt Not Kill.


You will not be able to make good on your pledge to change religious beliefs when you said: "Far too many women are denied access to reproductive health care and safe childbirth, and laws don't count for much if they're not enforced. Rights have to exist in practice — not just on paper. Laws have to be backed up with resources and political will. And deep-seated cultural codes, religious beliefs, and structural biases have to be changed."
I suggest removing your goal to “change deep-seated religious beliefs” from your to-do list. Otherwise, you will fail.  Christians die for their faith. Do you know what that means?  We might suffer for you, Hillary, but we cannot become pro-abortion for you. 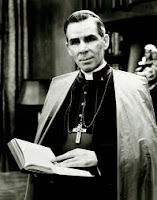 Ven. Archbishop Fulton Sheen put politics and religion in perspective in his book Characters of the Passion written in 1947.  He considered the characters that played a role in the Passion of Jesus Christ and related them to our modern world. The lessons are remarkably relevant today.
Sheen wrote: The Church does not interfere in politics.  If by interference in politics is meant judging or condemning a philosophy of life that makes the party or state, or the class, or the race, the source of all rights, and that usurps the soul and enthrones party over conscience and denies those basic rights for which the war was fought, then the answer is emphatically Yes!
“The Church does judge such a philosophy.  But when it does this, it is not interfering with politics, for such politics is no longer politics but theology. When a state sets itself up as absolute as God, when it claims sovereignty over the soul, when it destroys freedom of conscience and freedom of religion, then the state has ceased to be political and has begun to be a counter-Church.”
The Church teaches that the state is supreme in temporal matters.  But when politics make religious proclamations such as women have the right to end the life of their unborn babies – politics enters religion and claims supremacy over the human soul.  Voting and campaigning against candidates and issues that compete with religion, is not against politics but against a counter-religion.
As Sheen reminded his reader: “It was Jesus Christ who suffered under Pontius Pilate; it was not Pontius Pilate who suffered under Jesus Christ.  The grave danger today is not religion in politics but politics in religion.” Christ was always and is forever our example.  He did not deliver himself from the power of the state although he ultimately held all power.
Sheen equated God’s truths with true freedom: “The Christ Who suffered under Pontius Pilate signed Pilate’s death warrant; it was not Pilate who signed Christ’s.  Christ’s Church will be attacked, scorned, and ridiculed, but it will never be destroyed…. The bold fact the enemies of God must face is that modern civilization has conquered the world, but in doing so has lost its soul.  And in losing its soul it will lose the very world it gained. Even our own so-called liberal culture in the United States, which has tried to avoid complete secularization by leaving little zones of individual freedom, is in danger of forgetting that these zones were preserved only because religion was in their soul.  And as religion fades so will freedom, for only where the spirit of God is, is there liberty.”
Hillary, true Christians will not change their beliefs for you, but perhaps you can change your politics for God.  You once invoked God when you opposed same-sex marriage. "Marriage has historic, religious, and moral content that goes back to the beginning of time, and I think a marriage is as a marriage has always been, between a man and a woman," you said in 1996. Now, you say something very different.
Free thinkers not connected to over 2,000 years of Church teaching can come to opposite conclusions over time.  We cannot.  It’s not a code or bias, it is our faith in Jesus Christ that is immovable.  Muslims countries also ban abortion, so this passion for life is not Christian alone.   Thinking you can delete thousands of years of religious teaching puts your grip on reality in a questionable light.  How do you imagine annihilating such teaching from our lives?   Stop questioning religion and question yourself.  The answers might surprise you.
____________________________________________________________

For more inspiration, check out Big Hearted: Inspiring Stories From Everyday Families. Your children will laugh while learning spiritual lessons with Dear God, I Don't Get It! and Dear God, You Can't Be Serious.
Follow Patti at Twitter and like her Facebook pages at Dear God Books,  Big Hearted Families and  Catholic News & Inspiration on Facebook.  Sign up at the right column to receive articles in your inbox.