The Miracle of Theresa Rose 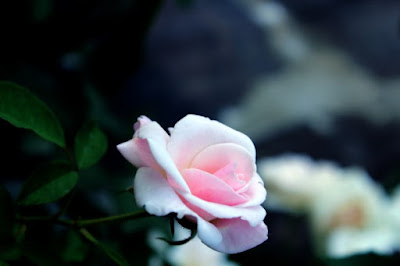 “She’s alive!” the doctor announced, his voice filled  with the same relief that Kathryn Rossi felt. But no first  cry echoed through the delivery room. “I need a breathing  tube!” the doctor shouted.
As her baby disappeared behind a wall of doctors and  nurses, Kathryn and her husband, Robert, clasped hands.  Please, the couple prayed, our baby needs a miracle.

Kathryn and Robert had been overjoyed when they  learned they were expecting their fourth child. Their three  older children were just as thrilled. “I feel like I’ve won a  million dollars!” nine-year-old Anna exclaimed as Maria,  six, and Thomas, four, beamed.

Yet, as blessed as she felt, Kathryn also felt achy and  exhausted. Then, at twenty weeks, a routine blood test to  check for chromosomal defects came back abnormal. Her  doctor ordered an amniocentesis. Helpless and scared,  Kathryn turned to prayer. “Watch over my baby,” she  prayed. Then, calling upon the saint noted for her love of  children, she pleaded, “St. Therese, I need your help…”

Immediately, Kathryn felt calm. And the night before  the test, Kathryn felt reassured that St. Therese had sent  roses as a sign that her prayers would be answered. To  Robert, it was just a fluke. The case of entirely white paper  towels they had bought did not have entirely white rolls after  all. The roll Kathryn opened had roses on it. Tears sprang  to her eyes. “They say when St. Therese hears a prayer, she  sends a rose to let you know,” she said.

Yet, the amnio results were not what they had hoped for.  “There is a problem with the placenta,” the doctor began,

explaining that it was not delivering the proper nutrients to  the baby. There was no way Kathryn could carry the baby  to term. They would wait as long as possible, but the doctor  cautioned that most babies with this condition were born too  small to survive.

“No!” Kathryn sobbed. She longed to believe it would  turn out all right, but there was nobody to tell her so.  Between ultrasounds, Kathryn would lie in bed, searching  for some sign that her baby was still OK. Meanwhile, family  and friends began sending flowers and cards. And though  Kathryn had not told the story of St. Therese and the roses  to anyone but Robert, in every bouquet, on every card, there  was a rose. Even the ceramic angel her mother-in-law gave  her was holding a rose—a surprise to even Robert’s mom  since the box had showed the angel’s hands empty.

Could it be? Kathryn dared to wonder. Is God sending  a message through St. Therese, letting us know our baby  will live? But as Kathryn lay in the delivery room while  doctors fought to save her baby, it looked doubtful. Any  infant born at just 25 weeks would be dangerously tiny. But  at fourteen ounces, Kathryn’s baby was even worse off. She  was only half the size she should be at that stage. And her  lungs were so underdeveloped, she could not even cry, much  less breathe.

But the doctor had grim news. “She’s got a tough fight  ahead,” he said, ticking off a myriad of serious medical  problems. Her chances of surviving were a mere five  percent, and that was assuming she survived surgery.

“Surgery?” Kathryn asked. She learned that as soon as  little Theresa Rose was stable, they would need to close a  major vessel in her heart.

Just thinking about them opening her baby’s tiny chest  was unbearable. Kathryn placed a statue of St. Therese  beside her. “You’ve brought her this far,” Kathryn prayed,  “Please, see her through the rest of the way.”

On the day of the surgery, Kathryn tucked a picture  of the saint in a nurse’s pocket. “Her guardian angel,” she  explained to the nurse.

At two weeks old, Theresa Rose was the smallest baby  the surgeon had ever performed this procedure on. It  seemed impossible. But after the surgery, he announced,  “She did great!”

There would be more surgeries to remove fluid from  Theresa Rose’s brain and to prevent her retinas from  detaching. Looking at her daughter, Kathryn worried,  “How much more can her little body take?” But then her  eyes fell on the statue of St. Therese. “I really believe in my  heart that you’re hearing my prayers,” Kathryn wept. “All  the roses I’ve gotten…it’s no coincidence. Please, God,”  Kathryn begged, “let me know I’m right.”

The next morning, the doctor was shaking his head in  astonishment. “I don’t believe it!” he cried. “All of Theresa  Rose’s vital signs show marked improvement. There’s just  no explanation,” he marveled. But there was one, Kathryn  knew. Looking at the statue of St. Therese, she closed her  eyes and breathed: “Thank you.”

With every day, Theresa Rose grew stronger. Finally,  after four and a half months the doctor announced, “You  can take your daughter home.”

Over the coming months, Theresa Rose bloomed just like  her name. Today, about to turn four, she’s a happy, healthy  little girl. Watching Theresa Rose giggle and play with her  big sisters and brother, Kathryn’s eyes fill with tears. “Her  name says it all,” she sighs. “Theresa Rose is a miracle.”

This story was written by Elise McKeown Skolnick as part the 101 stories in Amazing Grace for Mothers.

For more inspiration check out my latest books: What Would Monica Do? and  Holy Hacks: Everyday Ways to Live Your Faith & Get to Heaven. Other books include:  Big Hearted: Inspiring Stories from Everyday Families and the best-selling Amazing Grace Series.