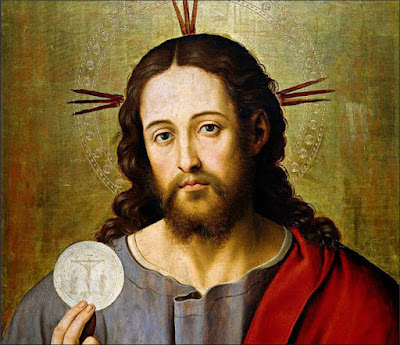 Mysterious visitors at dramatic moments often appear and disappear in hospitals.  I have interviewed several people over the years who have had such experiences.

Here is Katie Alveby’s touching story of such an event from Amazing Grace for Fathers.

I  gazed out into a dreary Wednesday morning.  The steady stream of rain was fitting, as if even the sky were crying for my father.  Is he still alive? I sighed, wondering if  Dad had made it through the night.  He must be, I decided, or surely someone from the hospital would have called to let me know.

It would seem to be a big leap from a mere broken arm to the threshold of death, but for my elderly father, it had been but a quick, small step.   Dad had lived alone on the farm since December of 2000, when my mother, suffering from Alzheimer’s had entered a nursing home.  Seven weeks later, on St. Valentine’s Day, Mom died from a blood clot in her lungs.

Dad was lonely without his wife of nearly 52 years, but he remained relatively active.  Then in  June of 2003, he fell and broke his right arm. It was never again useful to Dad. He began a noticeable decline.

In late May of  the following year, Dad fell on the floor breaking his left arm--his good one and was taken to the Minneapolis VA Medical Center.

“Hi Dad,” I greeted him in his hospital room.  “How are you doing?”

“Oh, Dad, you fell and broke your good arm,” I explained.

He knew there was no way he could go back home alone now. A Eucharistic minister stopped by and offered Dad Holy Communion. Dad had always kept God in his life.  It made it easier for me to leave him that day.  At least I knew he was not alone. He had Jesus.

“I’ll be back tomorrow,” I promised.  My two brothers and sister would be visiting too. One sister, Chris, lived in Des Moines, Iowa.

Dad kept hanging on and we, his children took turns at his side.  On Sunday, we all gathered together when his ventilator was removed, a decision allowed by the Church.  He was awake and asked again if he was sure he wanted it out.  He was.

For the next two days, my siblings and I took shifts at  the hospital.  On Wednesday morning,  entering the room, Dad’s breath was labored but regular.  I took his  hand in mine and cried. My once strong father was suffering so, struggling with each  breath.  “What are you waiting for?” I cried softly.  As much as I would miss him, I wanted his pain to be over.

My sister, Chris entered the room and together we spoke gently and lovingly to our father. We both wondered what Dad was waiting for.  “Maybe there’s someone he’s still waiting for or maybe there’s someone we still need to meet,” Chris surmised.  We went to lunch and returned to Dad’s room, believing it would not be much longer.

At 2:45, a loud rap at the hospital door startled us.  “Come in,”  we both chimed.  A tall dark-haired, thirty-ish looking man, stepped into the room.  He had glasses, a beard and mustache and a large crucifix hung from his neck. Holding his clipboard, he asked, “Is this George Robinson?”

We quickly glanced at one another and cautiously answered in the affirmative.  “Well, I’d like to give him Holy Communion,” the tall man informed us.  Again, Chris and I looked at one another.

“But he’s in a coma now,” Chris explained.

The man smiled gently, “I will give him only a very small piece.”

“Only a particle,” he assured us.

Finally, we agreed that it would be a good thing for Dad to receive one last Holy Communion.  The man broke off a very small piece for Dad.  I received the remaining host. My sister then received also.

”This is probably the last meal he will have before he dies,” I commented to the man.

“Isn’t it cool that you got to share his last meal with him?” the man said.  Then he said he promised to pray for Dad and left.

A calm came over Chris and me. We held his hands. His breathing became lighter and easier.  Then, suddenly, he slipped away.  It was 3:23.  Chris and I looked at each other in awe.  His struggle was over, and it had been so peaceful.  I told the nurse who sent for the hospital chaplain.  He arrived with a chaplain-in-training at his side.

“Is there anything I can do for you,” he asked.

“He just received Holy Communion and quietly slipped away,” Chris explained.  “I don’t think we need anything else now.”

The  chaplain looked startled.  “Who was it?  Who gave him Communion?”

I described the man and the chaplain looked even more perplexed.  “There was no one scheduled to distribute Communion today,” he said.  He again expressed his sympathy and left the room looking very confused.

We stayed a while longer, so say our final good-byes to Dad.  Before we left the hospital, we stopped by the nurses’ station. We had grown close to the nurse on duty, and she had asked us to come say good-bye before we left.  When we told her about Dad receiving Communion, she too became perplexed.  “I didn’t see anyone distributing Communion on this floor today,” she said.

Chris and I went to dinner together that evening, to process Dad’s passing.  Who was that man? we both wondered. Then, we recalled Chris’s statement about still waiting for someone before Dad let go.  I was so sad when I arrived at the hospital that day,  just as the disciples on the road to Emmaus were sad.  Then, just as his disciples recognized him,  I recognized  Jesus in the breaking of the bread and my sadness disappeared.  Who was that man? we wondered again.  An Angel?  Jesus himself?

The reading we chose for Dad’s funeral had to be the story of the disciples on the road to Emmaus.  Jesus had been with us on the last walk together with Dad.  We may have parted ways with him on this earth, but we are forever united with him in Christ.