"From Severe Stuttering to Dramatic Success" by Chuck Piola 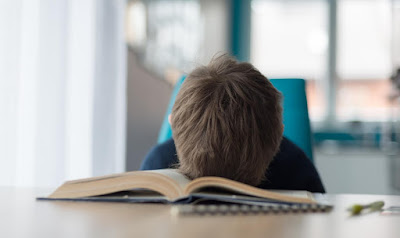 The teacher would call on me and I’d panic. My palms became damp with sweat and my throat would tighten.  I’d tell myself to calm down, but anxiety would force its way up.  The eyes of the other students seemed to bore a hole though me, watching and waiting for the answer that would not—could not--come.


A severe stuttering problem held me hostage for most of my school years all the way through much of college. With my personality, I would also have been dubbed with attention deficit hyperactive disorder. I had the makings of a social disaster.
Grades ranging from failing to lackluster filled my report cards. Teachers instinctively scribbled the letter “D” into the box for “Uses Time Wisely.”  But I could study for days and still get a “D” on an exam. I was a step behind everyone else. If I flunked a class during the year, I could get an A on it during summer school.  I needed time to let things sink in.
To try only to fail, to talk only to stutter, were burdens of monumental proportion to a young boy. Thankfully, through Boy Scouts, I learned leadership. Also, with a loving family and God, I had something to hold onto.  But on the last one—God—I had a tenuous grasp of at times.
I went to a Catholic school and learned that God loved us. Yet, if he loved me so much, why did he let me hurt so badly?  I was told that if I prayed to do well on a test, God would help me. But the help did not seem to come. I prayed and pleaded that he would take away my stuttering. If only I could not be held prisoner by my faulty communication.  But I did not get better. I knew God had to be there, I just was not sure what the deal was. Sometimes, I ignored him.  It seemed to be what he was doing to me. Other times, I said my prayers but I kept an arm’s length because I did not trust that God really loved me.
I was often told that I was not applying myself. It seemed to be a catch phrase for anyone with below average grades.  So, I struggled through from year to year and tried to make myself invisible when teachers asked for answers or any other vocal responses. Since most students in my high school went to college, there was never any question in my mind that in order to get a good job, the struggle needed to continue.

College Years
English was my major and history my minor, but I also had a heavy concentration of philosophy and psychology classes. Free will and self-determination were factors I began to consider as I contemplated my stuttering. The routine was always the same—a stressful situation such as public speaking increased my nervousness and paralyzed my verbal abilities. Consciously trying to calm myself did no good. Even in college, other students mocked and imitated me. It was a vicious cycle that fed on itself.  How could I turn things around?
I finally determined that instead of hiding, I would put myself into anxiety provoking situations. With most fears and phobias, familiarity lessons the fear. So, instead of shrinking in my seat, I raised my hand. Slowly, I was able to take control, calm myself and get the words out. I even tried out for school plays. Initially, I was placed in the chorus where I could get by as part of a group. But by senior year, I won the lead role in South Pacific. I also finally mastered the skill of studying and regurgitating information for tests.  By the time I graduated from Sacred Heart University in 1969,  my heavy social burdens had lifted.

Family Life
I eventually met and fell in love with June, who was a nurse and the most beautiful woman I had ever seen. We soon married and had two children in quick succession.
I became a junior high teacher for six years. However, with a family to support, teaching was not cutting it so I needed to look elsewhere. It touched me deeply when the school held an appreciation dinner and two hundred of my former students showed up. One parent told me, “You had the uncanny ability to lift up the quiet ones. I want to thank you for what you did for my son. He talks now. He gives us his opinions.” Other parents said the same. I knew it had been my own disability that had given me the compassion and ability to touch these students.
I tried other jobs, including sales. During a difficult time financially, I started to turn to God again. At first, it was to blame him once more for making my life miserable. But after a religious retreat when I was thirty-seven and the father of four, a priest helped me see that God had been with me through it all. Jesus Christ was also abandoned and betrayed by his friends. God used my pain to make me stronger.  Through my pain, I overcame my weaknesses and became more compassionate towards others. Soon, my career turned around and I built a business that reached more than $700 million in revenues.
But in the end, my struggles came full circle through the course of my fatherhood. As the father of four, two of whom were active boys, I expected that the education system would have advanced but it is still a struggle for children who don’t fit into the box. My own children never stuttered, but by high school the parent teacher conferences were déjà vu:  “He’s not living up to his potential.”  But I knew that potential was more than what was regurgitated onto a piece of paper.

By this time, I had become a very successful businessman, motivational speaker and author. But as a father I came to understand that my role was to love and encourage my children.  I always gave my children the message that they were valuable in and of themselves. For a time, the youngest one was put on Ritalin after an official diagnosis of ADHD.  But taking a drug robbed him of who he really was. I loved my children just as God had made them. We threw the Ritalin out. During their high school years, my sons played sports. They also took on a variety of leadership roles such as leading a successful fundraiser and having the enthusiasm and energy to get a stadium full of football fans psyched up.
Once, when my wife and I went out to dinner, we chatted with a teenage employee who went to the local high school. When we told her who our son was, her eyes opened wide, “He’s your son? He’s the king of the school.” My boys did not let their academic challenges get the best of them.
In retrospect, that is what Christ did with the apostles. They were losers in the face of society.  An outside observer probably would have picked Judas as the one most likely to succeed. Peter, the hot-headed fisherman who denied Christ three times would not be the man of choice the way society judges.  But I’ve come to understand that God sees things differently.  Our heavenly Father sees our true value and potential.  As an earthly father I was given the grace to see the value in my own children and to help them understand that they are never alone because Dad and God will always be in their corner.
~~~~~~~~~
Dubbed “The King of Cold Calls” by Inc. magazine, Chuck Piola is retired from business and is a consultant and a motivational speaker. Chuck and his business partner formed NCO Financial Systems. Twelve years and more than 15,000 cold calls later, NCO had grown from sixty clients to 80,000; from $70,000 in revenue to over a billion dollars annually; and from four employees to a staff of more than 20,000 around the globe. He attributes his success to "focus, drive, and the ability to follow through."  Go to CatholicSpeakers.com to book Chuck for an event.
This story is one of 50 inspiring stories on over coming obstacles in Amazing Grace for Survivors.