Only 2/3 of Bishops Came Through 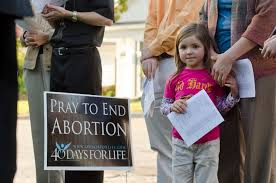 For pro-lifers who see abortion as the preeminent issue of our day, the second day of the Fall General Assembly of the United States Conference of Catholic Bishops (USCCB), went well.  On Tuesday, two-thirds of the bishops voted for the slaughter of the unborn to remain the pre-eminent social justice priority for the USCCB. This wording counters arguments often used to excuse voting for a  pro-abortion politician because they defend other human life issues of equal importance.
The statement became part of  a new letter adopted by them that will serve as an introduction to a 40-page voting guide for the 2020 elections.
But first,  there was a  debate with a third of bishops not agreeing with making abortion alone the preeminent concern. The letter was based on the USCCB’s 2007 document on political life, “Forming Consciences for Faithful Citizens,” which explained the political responsibility of Catholics.
The bishops have previously stated: “Abortion and euthanasia have become preeminent threats to human life and dignity because they directly attack life itself, the most fundamental good and the condition for all others.” They described those practices as “profoundly unjust and immoral” and gave support for laws and policies to” protect human life to the maximum degree possible.”
The new letter reads: “The threat of abortion remains our preeminent priority because it directly attacks life itself because it takes place within the sanctuary of the family and because of the number of lives destroyed. At the same time, we cannot dismiss or ignore other serious threats to human life and dignity such as racism, the environmental crisis, poverty and the death penalty.”
Some bishops felt that the statement did not reflect the priorities of the Pope. Cardinal Blase Cupich, the archbishop of Chicago, had urged to instead use the full paragraph from Francis’s  2018 apostolic exhortation Gaudete et Exsultate. In it, Pope Francis expressed that the Church’s “defense of the innocent unborn” must be “clear, firm and passionate,” but he said that lives of the poor, those already born, the elderly and the destitute are “equally sacred.”
On the surface, it seems they were splitting hairs. The adopted statement, however,  expressed that other issues threatening the sacredness of life are important, but as the majority opinion stated: “The threat of abortion remains our preeminent priority because it directly attacks life itself....
In the paragraph Cupich recommended, all issues associated with human life can be construed as equal. Bishop Robert McElroy of San Diego also wanted to use the paragraph from the Pope’s exhortation. “Let’s at least give the pope a fighting chance with his view,” he said. “It is not Catholic teaching that abortion is the preeminent issue that we face as a world. In Catholic Social Teaching, it is not.”
Archbishop Charles Chaput of Philadelphia disagreed. “I’m certainly against anyone stating that our saying [abortion is] preeminent is contrary to the teaching of the pope,” he said. “That isn’t true. It sets up an artificial battle between the bishops conference of the United States and the Holy Father, which isn’t true. We do support the Holy Father completely. What [Pope Francis] said is true. But I think it has been very clearly the articulated opinion of the bishops conference for many years that pro-life is still [the] preeminent issue.” Applause followed his statement.
The bishops voted 143 to 69 to keep the language, with four bishops abstaining. The bishops then voted to adopt the letter, 207 to 24, with five bishops abstaining.
I am thankful that those wanting abortion described as a preeminent issue, won out but sadly, a full 1/3 were against it. At a time when we feel bishops are letting us down, I believe the Holy Spirit and 2/3 of the bishops came through. This counters arguments that voting for a  pro-abortion politician is okay because they defend other human life issues of equal importance.

For more, read an analysis at Catholic News Agency about this controversy dividing bishops like a sort of Pope Francis test.
~~~~~~~