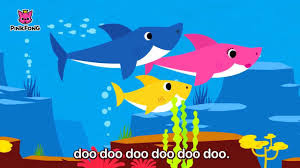 If you watched the World Series, perhaps “Baby Shark” became stuck in your head thanks to Gerardo Parra.  He was the high energy outfielder for the winning team, the Washington Nationals.
A big part of Parra's acclaim had to do with his walk-up song "Baby Shark" that threw the stadium into an "infectious" pep rally. People sang and clapped arms like imaginary jaws and even took to showing up in shark hats and costumes.


Team manager, David Martinez, credited Parra with bringing fun and energy to the team. "What he's done in that clubhouse has really changed the way these guys go about their business," Martinez told reporters. "I mean, it was business ... he made it fun for this team."
Parra, originally from Venezuela, made his MLB debut in 2009 and previously played for the Arizona Diamondbacks, Milwaukee Brewers, Baltimore Orioles, Colorado Rockies, and San Francisco Giants. 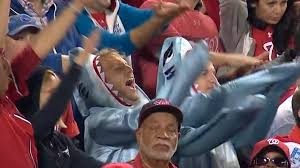 He is new to the Nationals this year and quickly became a beloved figure. In May, during  Parra’s second game with them, he hit a grand slam to deliver a surprise 5-2 victory over the Los Angeles Dodgers. But then he and the team were in a slump. Parra was hitless after almost two-dozen at-bats in a row.
The “Baby Shark”  fervor  began during a June 19 double-header against the Phillies when Parra changed his walk-up song to “Baby Shark” simply because his three children love it. He went 2 for 4 that game with a homerun and 2 RBI’s. See here how it quickly caught on with fans.
At that point, the Nationals also went from a 3% chance of making the playoffs to winning the National League Championship and finally, winning the World Series in game 7. Parra kept “Baby Shark” as his  walk-up song and it became the team’s unofficial theme song, enthusiastically sang throughout the game.
The fervor for his song is bonded to Parra’s enthusiasm for life. “He brings it every day. He’s full of energy, has fun,” manager Dave Martinez told reporters. “He’s an unbelievable teammate, and the guys appreciate him and love him out there.”
For Catholics, it’s exciting to see a player who makes no secret about his own Catholic faith on social media. He has Instagrammed crucifixes, and there’s a picture of him and his wife Victoria after Mass on Ash Wednesday. He shares also often shares inspirational quotations and expresses gratitude.
On Twitter, @88_gparra, Parra has 62.8 followers, which no doubt will keep growing fast now. His tweets are both for Spanish- and English-speaking audiences. On January 16, 2016, Parra linked to his new Instagram account (elyologp8), and has over 80 thousand followers.
At a time when sports figures often let fans down with bad attitudes, it’s refreshing to see Parra wear his Catholic faith and love of family on his sleeve, such as posting the message: “With God all things are possible,” and “The love of family is forever.”
That song does get stuck in my head often, thanks to my grandchildren, but at least now I have a new appreciation for it.
~~~~~~~~