Response to Black Mass in Ottawa 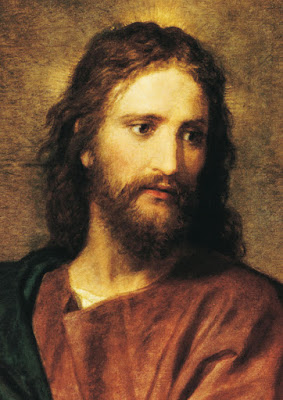 
“The problem isn't  that the devil has upped his game, but more people are willing to play it,” an exorcist once told me.
Such was the case in Ottawa, Canada this weekend when a black mass was held by the Satanic Temple of Ottawa at a heavy metal bar called The Koven.


It was a private event for approximately 50 ticket holders. Hundreds of Christians protested next door and across the street, including 7 priests and around 120 Catholics, holding crucifixes, sprinkling holy water, and praying.
An article in Ottawa Matters quoted Dorre Love, a Protestant preacher from Toronto, as saying that he needed to do everything in his power to stop those people from perishing. “I believe it’s unloving to know what I know about God and about what God says and not to warn the people,” said Love. “I’m just giving them the option to accept the true light so they can have peace and love and security as I do in Christ.”
A member of the Satanic Temple credited the bar with being a very welcoming place. Of course it is. The more the merrier until judgement time when the truth will tear away the veil of deception. And then, “welcoming” will not adequately describe the fate of those who have turned from God.
Lucifer also rejected God and was turned out from heaven and “welcomed” into hell for all eternity.  The Book of Revelation describes a war in heaven between the angels led by the Archangel Michael against those led by "the dragon" who will be defeated. 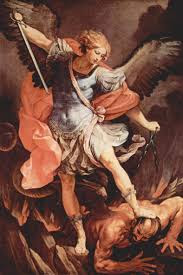 LifeSiteNews reported that Catholics met outside nearby Notre Dame Cathedral where Ottawa’s Archbishop Terrence Prendergast and Auxiliary Bishop Guy Desrochers of Cornwall blessed them before they set out for the prayer vigil. See the vigil here.

Organizers claimed the black mass would be blasphemous, but it would not use a consecrated host.  Fr. Chad Ripperger, an exorcist based in Colorado, told LifeSiteNews that ‘what they say is unreliable to begin with, because their father is the father of lies, Satan.’”
Ripperger, founder of the Doloran Fathers responded to the groups claim that they are actually atheistic and just like the Satanic myth, by asking why then would they be doing this at all? Regardless, he said that when invoking the devil, he may show up whether they believe in him or not.
Year ago, I read the book Born Fundamentalist, Born Again Catholic by David Curie. As a fundamentalist Christian, he used to wonder why Satanic cults always chose to imitate and mock the Catholic Church with black masses. Once he became Catholic, however,  he understood. The devil knows which is the one, true Church.
As one of the priests at the protest said:  “It’s time for the Catholic Church to stand up. It’s time for us to take the bushel basket off the lamp … so we can be a light to the nation.”
Saint Michael the Archangel defend us in battle. Be our protection against the wickedness and snares of the devil; May God rebuke him, we humbly pray; And do thou, O Prince of the Heavenly Host, by the power of God, thrust into hell Satan and all evil spirits who wander through the world for the ruin of souls. Amen.
~~~~~~~~

For more inspiration check out Patti's latest book: Holy Hacks: Everyday Ways to Live Your Faith & Get to Heaven. Other books include:  Big Hearted: Inspiring Stories from Everyday Families and the best-selling Amazing Grace Series