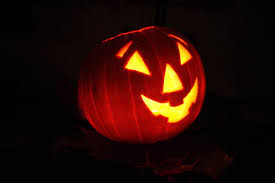 I loved Halloween as a child.  It was a custom I initially continued with our children but then backed off amid warnings that it was an evil holiday.


While watching the Protestant TV program the 700 Club one October in the early 1990s, a guest claimed that one Halloween as a teenager, he was drawn into evil and away from God.  He said there were evil powers afoot on that night that somehow reached him, and that Christians should not celebrate Halloween. So I stopped.
Instead, we participated in alternative actives such as watching movies and eating snacks with a family also boycotting Halloween. For a few years, we celebrated at All Saints Day parties with friends.
But when the dust of my well-intentioned but overly cautious sentiments settled, the history of the holiday as All Hallows Eve sunk in. Celebrating it is not contrary to the faith.
Halloween—meaning “holy evening”— was an adaptation of the original Celtic pagan Samhain—‘”summer’s end”—a celebration of the end of harvest season. The Gaels believed this was also a time of year when evil spirits could pass into this world to haunt and potentially damage crops for the next season. People burned large bonfires and carved pumpkins into Jack-o’-lanterns to scare the spirits, and set a place for them at their tables and appeased them with treats.
In Ireland, Scotland, and Wales, people dressed up in costumes and knocked on doors and recited poems and songs in exchange for food. By the 19th century, this evolved into children singing, telling jokes and reading poems, and saying prayers for pieces of fruit and money. Children later would play pranks to get sweets. In America, immigrants brought over their tradition, dressing up as souls of the dead, angels, and saints to offer protection from evil spirits.

Spirit of Halloween
In modern times, some Americans have grown skittish over the holiday like I did.  I’ve come back around, however.  The roots of Halloween are not evil but about warding it off.  It’s a holiday that brings people together for fun and comradery.  Children contemplate what they will be for weeks, usually soliciting the help of their parents.  Even teens and adults keep the tradition going dressing up for Halloween parties.
Trick-or-treating is a social time with the chance to see neighbors we rarely see as we admire children’s costumes and laugh together.  Widows and widowers put their porch lights on, handing out candy and greeting more people than they might see all month or even all year. Some neighbors actually meet for the first time on that night.  Children smile and say thank you with each treat given.
Back at home, there is a glow from within after the night of excitement and fun. And for faithful Catholic families, the next day we celebrate All Saints Day, (a holy day of obligation) rejoicing and calling on the prayers of all the beautiful souls celebrating with God for eternity.
Are there parts of Halloween that you find creepy and uncomfortable?  Welcome to the world. The devil always tries to contaminate good things.  We don’t stop celebrating Christmas because materialism has infiltrated, and we don’t stop celebrating Easter when the culture loves the Easter Bunny while ignoring the resurrection of our Lord Jesus Christ.
Every parent should, of course, follow wherever they feel led.  Whatever you decide to do on Halloween, may God bless your evening and may all the angels and saints in heaven keep everyone safe.
~~~~~~~~

For more inspiration check out Holy Hacks: Everyday Ways to Live Your Faith & Get to Heavenand the Amazing Grace Series. Follow Patti at Twitter and Pinterest, like her pages at Holy Hacks, Dear God Books,  Big Hearted Families,  Catholic News & Inspiration on Facebook, and her author Facebook page.  Sign up at the right column to receive articles in your inbox.  God bless you!
Posted by Patti Maguire Armstrong